A pair of reviews written for the April 2010 MovieMail catalogue: 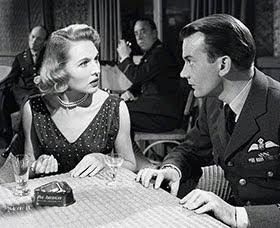 The Night My Number Came Up is one hell of a ride: a suspense yarn with a supernatural flavour that builds to a terrifying climax. The opening scenes are shrouded in mystery. Commander Lindsay (Michael Hordern) barges into an RAF base in Hong Kong and demands to see the officer in charge. He thinks he knows where a missing plane has downed, but he won’t say how. In flashback, we find out.

It is the week before, and Lindsay is recounting a chilling dream in which a flight carrying eight passengers, including air marshal Michael Redgrave and civil servant Alexander Knox, crashes by a snowy fishing village, with all lives lost. At first, they laugh it off, but as the film unfolds, each detail of the premonition seems to slot into place, until they’re hurtling through a storm in the pitch black, their fuel supplies perilously low and with nowhere to land.

It’s an ominous, insidiously eerie film with an ingenious script from Journey’s End playwright R.C. Sherriff, supposedly based on real events. The characters, from cool-headed Redgrave to nervy war hero Denholm Elliot, neurotic first-time flyer Knox and showy salesman George Rose, are neatly etched, each with a clever back story and a different take on the question of fate. Knox wants to tinker with the passenger list, Rose wants to throttle the pilot and Redgrave – though sceptical about the supernatural – isn’t sure he’s going to sleep tonight.

The tight, atmospheric direction boasts tremendous use of sound, employing a portentous score and Hordern’s words of warning to often startling ends. The actor had a unique gift for voiceover – witness the gold dust he sprinkled over Young Sherlock Holmes through nostalgic narration – and he’s just the man you want to soundtrack your worst fears.

This is another gem from Ealing Studios and further proof of the film factory’s ability to craft unforgettable dramas as well as first-rate comedic fare. Not that The Night My Number Came Up is without humour. Its pay-off line, with more than a nod to past hits Dead of Night and Green for Danger, is both absolutely petrifying and utterly hilarious. (3.5) 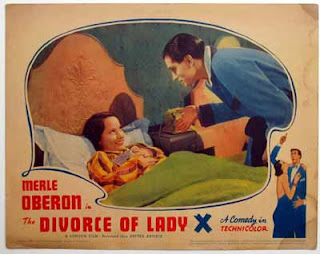 “How are you, dear fellow? Terribly well? Don’t ask me – terribly unwell!” Ralph Richardson steals the show in the battle-of-the-sexes comedy The Divorce of Lady X, playing a cuckolded Lord whose divorce case causes untold difficulties in the burgeoning romance between barrister Laurence Olivier and judge’s niece Merle Oberon.

Olivier plays a woman-hating lawyer who can "dissolve a marriage quicker than an aspirin". Taking on a case for buffoonish Richardson, he gets the wrong end of the stick and thinks his new girlfriend (Oberon) is the adulterous wife. Though made at Denham Studios, the film presents a Lubitsch-esque view of England, beginning in a pea-souper and taking in swanky hotels, hunting trips and the sexual peccadilloes of the nobility.

This delightful slice of escapism, produced by Alexander Korda, was shot in three strip Technicolor, showing off both the expensive sets and Olivier’s green-shirt-and-brown-suit combo to best effect. Oberon, by this time a major Hollywood player, is sparkling in her playful role, while the offbeat casting of two Shakespearean stage stars as a romantic lead and his diim client works a treat. (3)
Posted by Rick Burin at 21:44