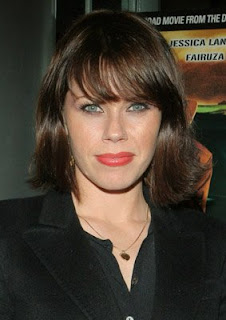 There she is on the right, surveying the blog in her own inimitable fashion, as she has since the day it started. Fairuza Balk. My favourite turqoise-eyed ingenue turned sassy-but-vulnerable goth-punk. And, for many years now, one of the few actors I'll watch in absolutely anything.

A teenage crush started it, but we've all had a lot of call centre jobs since then. Inspired by a chance viewing of Things to Do in Denver, I quickly consumed every Fairuza film I could get my grubby mitts on and no matter how glorious (Return to Oz), incisive (American History X) or Adam Sandler-ish (The Waterboy) the results, she was always the best thing on screen. By turns subtle, explosive and beguiling, she was one of those artists with whom you feel an immediate and important affinity. The most exciting screen presence of her generation. An actress of extraordinary potency. And did I mention that Valmont is actually amazing? It's the film where Balk wears ruby slippers and Colin Firth emerges from a lake with in a sopping wet white shirt. Put that in yer pub quiz.

The only mystery, on the basis of Balk's mesmerising turn in Gas Food Lodging, is how a performer of her unabashed talent and gobsmacking emotional sensitivity failed to go on to conquer the world. It's churlish to view through sad eyes a career that's involved working for Milos Forman, Wim Wenders and Werner Herzog, but at the same time, I always felt frustrated that there seemed to have been a paucity of Fairuza films - and roles - truly worthy of her gifts. I figured this was down to poor luck, the wrong choices or Hollywood's unfortunate propensity to pigeon-hole a performer on the basis of one hit film. Now I'm not so sure. Her new website and associated Facebook and Twitter feeds, suggest that she's actually very happy as she is: making records, drinking tea, writing kids' books and appearing in a couple of pretty interesting films a year. So that shows what I know - very little, as per usual.

Anyway, for those of you who, like me, see just about everything in terms of cold, hard films, here's a quick run through Fairuza's career highlights... 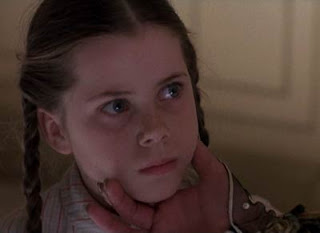 1. Return to Oz (Walter Murch, 1985) - A belated, superior sequel to MGM's splashy sing-along that was unleashed on an unsuspecting world in 1985 - and promptly made all the children burst into tears. Balk is Dorothy Gale, back in Kansas and embarrassing her folks. She keeps going on about her mates – one of whom's made out of straw, another out of tin, and a third who seems to be some sort of camp lion – so Aunt Em decides to give her electro-shock treatment. Yes, really. Luckily she escapes and, finally arriving back in Oz, finds the Emerald City in ruins and her former companions turned to stone. With a new gaggle of rebels, Dorothy tries to right these terrible wrongs, but soon enough dismembered heads start yakking and our heroes have to escape on a talking sofa with the head of a moose. Then it gets really weird. I'd say it was the greatest kids' film ever made, if I was sure it's suitable for kids. Whatever, it's utterly brilliant: a stunning fusion of horror and childhood fantasy that gleefully subverts the iconography of the original whilst providing a wealth of whizz-bang thrills. The director, Walter Murch, had been the sound mixer on Coppola's The Conversation and Apocalypse Now. He never helmed another movie. In her first theatrical feature, Balk is truly superb; the definitive Dorothy. (4) 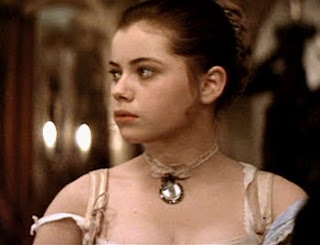 2. Valmont (Milos Forman, 1987) is an uproariously entertaining period romp that slips into perilous darkness in its second half. The script is well weighted, laced with pungent one-liners without going overboard, but it's the cast that's the real draw: caddish Firth, omniscient, plotting Bening and sweet, virginal Balk, two years on from her Oz heroics. If you've ever wanted to see the goths' representative on film sing a folk song, accompanying herself on the harp, this would appear to be your chance. (3.5) 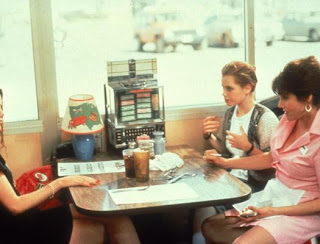 I'm not sure who cropped this picture, but I don't respect the way they've done it.

3. If Return to Oz is Fairuza's best film (and it transparently is), then Gas Food Lodging (Allison Anders, 1992) features far and away her finest performance; one of the best in '90s cinema. I find it hard to put into words just how much I like it, and its utter honesty. The movie isn't perfect, its rich atmosphere, thoughtful dialogue and exquisite film-within-a-film segments offset by the odd wooden gesture or duff line, but it's appealingly original and in her transitional role Balk is simply transcendent: her Shade travelling untainted through a succession of defining moments as she searches for romance and for her father. (3.5) 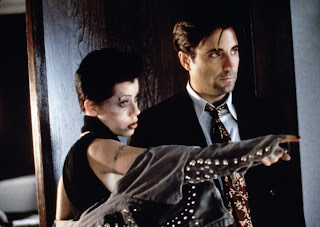 4. Things to Do in Denver When You're Dead (Gary Fleder, 1995) is a spotty but extremely memorable thriller, one of a slew of offbeat American crime pics made in the mid-90s. Andy Garcia (the punchy trainee cop from The Untouchables) is an ex-con with a new venture: filming terminally ill people so they can speak to friends and family from beyond the grave. In debt to bankroller Christopher Walken, he plans a heist, enlisting the help of several other actors who've escaped from the 1980s, among them Treat Williams – brilliant in Lumet's Prince of the City – Christopher Lloyd (Doc from Back to the Future) and William Forsythe (Once Upon a Time in America). Garcia spars romantically with Gabrielle Anwar, while keeping an eye out for troubled Fairuza, and trying to stay one step ahead of Steve Buscemi's slick hitman, Mr Shhh (so called because he "don't say much"). This stylish, intriguing picture has too many lulls and inconsistencies to trouble anyone's top films list, but Balk is absolutely arresting in her supporting part, and there's a melancholy, nostalgic undercurrent reinforced by Garcia's backward-looking catchphrase: "Back in the day". (3) 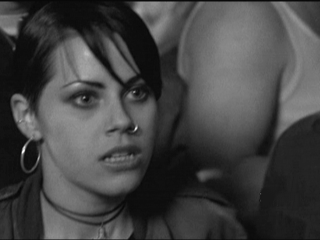 5. American History X (Tony Kaye, 1998) - Well, this is something different, anyway. Fairuza as a neo-Nazi, chiding intense Edward Norton for giving up on the old race hate. She's great in it, as is Norton, and it's powerful stuff, despite the sound of plot gears crunching towards the end. (3) 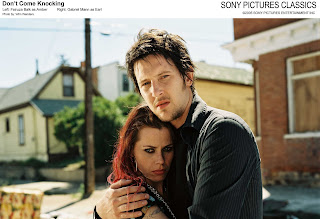 6. Don't Come Knocking (Wim Wenders, 2005) - Wim Wenders and Sam Shepard re-teamed 21 years on from their peerless Paris, Texas for this off-kilter road movie. Shepard, a leading man in the '70s (he's one of the central trio in Terence Malick's Days of Heaven), plays a broken down old Western actor who heads back home to see his ma (Eva Marie Saint), then off in search of the son he never knew he had. The storyline is a bit jagged, but Shepard's dialogue is, as always, on a higher plane. Fairuza is a joy in a primarily comic role, her ding-dong with Gabriel Mann as they stalk down the street being an obvious highlight. (3) 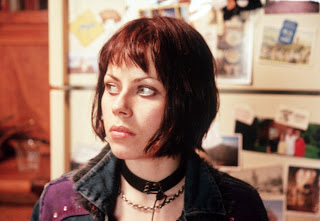 Personal Velocity: Three Portraits (Rebecca Miller, 2002) - She might not have her father Arthur's genius, but writer-director Miller certainly knows her way around the rudest word in the English language. Does that make up for it? I'm not sure. The film is split into three chapters. The last has Fairuza wandering around in shock and she's phenomenally good. The Worst Witch (Robert Young, 1986) is a super little TV movie for kids, The Craft (Andrew Fleming, 1996) - in which she plays a far worse witch - I can pretty much leave, despite Balk's trademark pyrotechnics as a baddie, while The Waterboy (Frank Coraci, 1998) is just a stale rehash of Harold Lloyd's The Freshman. Starring Adam Sandler. I'm a big admirer of Fairuza's work in American Perfekt (Paul Chart, 1997), but you'd struggle to argue that it's a good film. Again, Almost Famous (Cameron Crowe, 2000), where she's cast as one of Kate Hudson's legion of "band aides", has a fervent following, and I usually take to Crowe's brand of sentimentality, but it didn't really do it for me.

So there we are. What's next? Well, she's mentioned a possible collaboration with Quentin Dupieux (director of Rubber and the guy responsible for Flat Beat), but despite Fairuza's clear contentment, sheer selfishness on my part dictates that I'd be fascinated to see what a few more of modern cinema's true greats - von Trier, Wes Anderson, Lasse Hallström, Gus Van Sant - could achieve alongside her. And in the meantime I'll stop being so churlish.
Posted by Rick Burin at 20:36