In our latest update: the future is run by idiots, a cage fight turns gay and Douglas Fairbanks fences like a five-year-old. You're welcome, world. 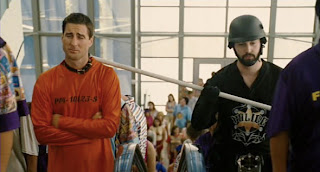 Idiocracy (Mike Judge, 2006) - Flawed but fantastic comedy from Mike Judge about an everyman (Luke Wilson) who wakes up in 2505 to find that society has regressed to such an extent that he is now the most intelligent man in the world. It starts off in a pompous, sneery vein, runs a half-hour shorter than intended and even then missteps a few times, but at its best it is extraordinarily clever and funny. Wilson is repeatedly derided as a "fag" for using long words, a stoner doctor tells him that he appears to be "all fucked up" and the corporations of the future run a two-pronged PR assault consisting of sexual favours and greeters who say "I love you". I told you it was clever. The film was dumped by Fox, which presumably objected to the anti-dumbing down message, and it played on barely a hundred screens. It's maddening, but often brilliant. (3) 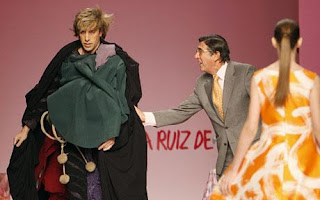 Bruno (Larry Charles, 2009) - I actually found this funnier than Borat. The staged scenes are tiresome, but the stunts are mostly superb, particularly the talk show, the hunting trip ("That is such a Samantha thing to say, Donny") and the cage fight. And who knew Sinead O'Connor caused homosexuality? (3) 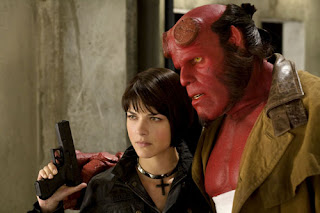 Hellboy II: The Golden Army (Guillermo del Toro, 2008) - Disappointing follow-up that fixes the main problem with the initial film - its fucking stupid plot - but fails to match it for heart. The singalong in the library is lovely and the Forest God set-piece is spectacular, but as a whole the movie is too cold and aloof to really work. (2.5) 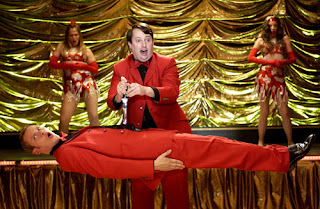 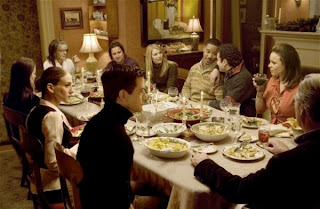 The Family Stone (Thomas Bezucha, 2005) is another Yuletide misery-fest, as a gaggle of dislikeable characters gather to ruin one another's Christmas. It's stressful and unfunny, with weird swings in tone, though Luke Wilson isn't bad and Claire Danes works her usual magic in a poorly-written part. Who enjoys films like this? (1.5) 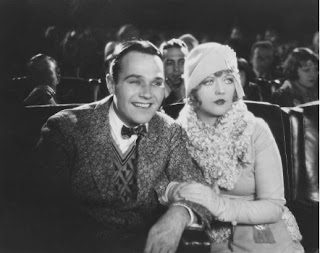 Show People (King Vidor, 1928) - Very appealing silent comedy, with Marion Davies in her element as a wannabe actress who crashes Hollywood, making her name in slapstick before becoming a hopelessly-deluded costume drama star and socialite. William Haines is the clown she never quite gets out of her system. It's slightly bitty and episodic, and Davies's transformation into a massive pain is perhaps too extreme, but it's both funny - I particularly liked Davies's variety of acting faces - and deeply affecting. Davies is aces in the lead, even if Haines is more adept at the quieter moments than the amusing ones and Harry Gribbon gives silent film actors a bad name with an enormous performance as a comedy director. If you know your silent movies, the film is a particular treat, with a vivid portrait of movie-making, neat in-jokes and nice cameos from the likes of Chaplin, Douglas Fairbanks, William S. Hart, helmer Vidor and even Davies, playing herself. (3.5) 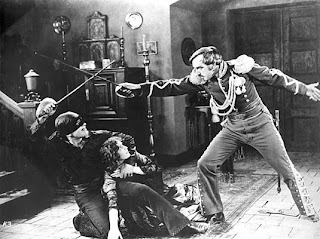 The Mark of Zorro (Fred Niblo, 1920) - Exhilarating silent actioner, with Douglas Fairbanks as the masked hero, opposing oppression wherever it is found - specifically in 19th century California. His alter-ego is a sniffly, permanently "fatigued" nobleman with a dirty hanky. The set-up is a bit slow and a few of the plottier scenes drag, but the film is peppered with thrilling set-pieces, culminating in a 10-minute action spectacular where Doug swings from ropes, leaps over walls and is just generally really awesome. He did all his own stunts and his swordplay is hilariously speedy, like a child playing. Great fun. (3.5) 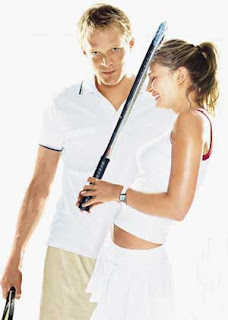 Yes you might well hit yourself in the face.

Wimbledon (Richard Loncraine, 2004) - Insultingly formulaic romantic comedy set around the tennis grand slam, lifted by nice performances from Paul Bettany and Kirsten Dunst. James McAvoy's character is one of the most poorly written I've ever seen. (2) 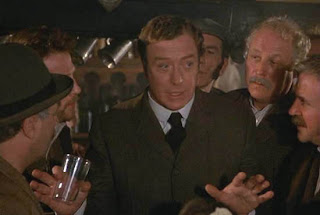 *SPOILERS IN THAT I MENTION THE FILM'S ONLY TWO LAUGHS*
Without a Clue (Thom Eberhardt, 1988) - Pathetic Sherlock Holmes spoof. The premise is OK - Watson (Ben Kingsley) is the real brains, Holmes (Michael Caine) just an actor - and so is the period detail, but there's no feel for the material (they can't even pronounce Lestrade's name correctly) and there are only two laughs: Cookie's drinks cabinet and a drunken Holmes bursting into a meeting, saying that he's pinched a woman's bum. (1.5)
Posted by Rick Burin at 17:42