That's a headline. She is. We like her. She's completely lacking in self-consciousness in a way that very few performers are and it makes her characterisations seem very truthful - which is probably the best thing you can say about an actor. We'll tell you more about that one day, but for now here are four reviews. You can read about Romeo + Juliet and Me and Orson Welles elsewhere on the blog. 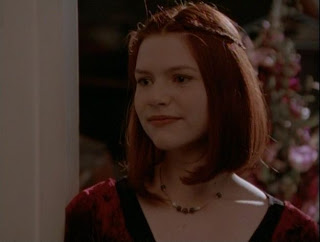 TV: My So-Called Life (1994) - A phenomenal piece of television that swells with confidence and ambition as it progresses through a single 19-episode season. It begins as standard, sometimes humourless but insightful teen fare largely carried by Claire Danes' wonderful performance, then becomes ever more nuanced, adventurous and hard-hitting, lit by a brilliant ensemble (special mention for Wilson Cruz) and balanced by quiet sentiment and great little comic passages ("Are you Brain?"), leading to a note-perfect pay-off. The plotlines featuring the parents can't match the startling truth of those dealing with teen life, but then what can? Danes' tour-de-force remains simply one of the most important and arresting ever to grace the small screen. Her unconventional, give-everything form of emotional expression, and her innate understanding of how human beings develop and change meant she always deserved a great career. It's been a rocky, fascinating road since then, studded with curious gems; now with the critical acclaim afforded Temple Grandin and Homeland, it looks like she has it. (4) 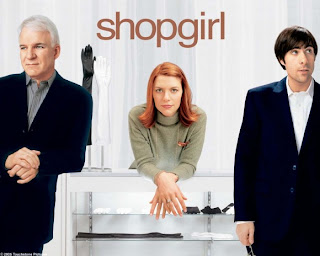 *SOME SPOILERS*
Shopgirl (Anand Tucker, 2005) - It has a great cold neon look, a commanding central performance from Claire Danes and an impressive, oppressive musical score, but nothing about this oddly downbeat romantic drama, adapted from a Steve Martin novella*, quite fits together. Danes plays a lonely department store salesgirl who's looking for love, but finds only schlubby logo designer Jason Schwartzman. Then charming, aloof, slightly melted-looking middle-aged businessman Martin strolls into her life. There are a couple of cracking scenes - Danes asking "Why don't you love me?" will live long in the memory and her climactic chat with Martin is very well-handled - but Martin himself is a bit creepy (he's always been better at wacky than sincere) and Schwartzman's character - though amusing - is too dislikeable and ridiculous to be a credible romantic figure. It's not a bad film by any stretch, but it's a frustrating one, as every time it touches greatness it immediately falls away again into nothing. The committed way Danes cries: all snotty, with big puffy lips, sums up what a great actress she is. (2.5)
*What did Steve Martin say when he'd finished his book? "Ivor Novella." BOOM! 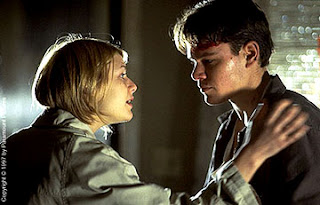 The Rainmaker (Francis Ford Coppola, 1997) - A powerhouse cast ignites this massively entertaining Grisham adaptation about an idealistic young attorney (Matt Damon) taking on the case of a poor leukemia victim whose insurance company is refusing to pay out. In a second, equally engrossing story strand, he also moves to protect a young woman (Claire Danes) hospitalised by her abusive boyfriend. The film slips into melodrama a couple of times and the last five minutes is sadly muddled, but everything else about this courtroom drama is first-rate. Damon is perfect in the lead, Danes scores big in a sensitive, affecting performance, and the support is a veritable who's who of top character actors, including Roy Scheider, Jon Voight (imposing if occasionally silly), Dean Stockwell, Mickey Rourke and Danny Glover. Best of the supporting bunch is Danny De Vito, playing a roguish researcher on the boundaries of the law. (3.5)

*SOME SPOILERS*
Stardust (Matthew Vaughn, 2007) - Simply lovely stuff. A post-modern fairy tale, riffing on It Happened One Night, that's stuffed with fun, invention and familiar faces (how on earth did they manage to assemble that cast?!). Charlie Cox is a touch callow in the lead and Pfeiffer's volte-face at the close makes precisely no sense, but those are minor quibbles in what is a tremendously enjoyable film. Claire Danes is cool. (3.5)
Posted by Rick Burin at 08:00