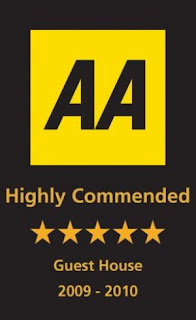 This is essentially what they gave me, but for writing.

I don't usually write about myself, as movies are just so much more interesting. After all, I've never masterminded a heist. Except that one time in Madrid. But following such celebrated posts as that one where I pretended I was raised by the Wolverhampton Wanderers squad and that one where I kept boasting, I've decided to tack up a few self-aggrandising lines about last night's O2 Media Awards for Yorkshire and the Humber.

Digital Journalist of the Year
Rick Burin has an insatiable thirst for maximising the web, and his efforts are paying off. He’s launched his own film review site, uses Twitter and Facebook to uncover and disseminate news and sports stories and created a blog which when snow and ice hit his home town became an invaluable source of information for stranded residents.

Young Journalist of the Year
Here’s a journalist with a mature writing style that belies his years. A potential star of the future.

I'm really chuffed with that. And it was a great night, full of friendly people and veggie sausage sandwiches. Thanks to everyone who gave me their good wishes beforehand. For a full list of winners, please mosey on over to the O2 site.
Posted by Rick Burin at 08:16