Kim Novak, B-Westerns and taking off all of your clothes for money - Reviews #65 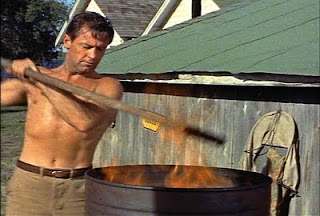 Picnic (Joshua Logan, 1955) – William Holden is the muscly drifter who blows into a small-town to see an old college buddy and rips the lid of the local women's repressed sexuality. The opening and closing scenes are utterly wonderful; everything in between is a little overwrought in the '50s style, dealing with over-familiar themes and pulled down by some mannered, obvious turns (not least from Rosalind Russell). There's still plenty to admire and enjoy, with Holden utterly explosive in his atypically theatrical performance, Novak ideally cast as the young woman in his sights, and some spectacular cinematography from the legendary James Wong Howe – like those lantern-lit picnic scenes. (3) 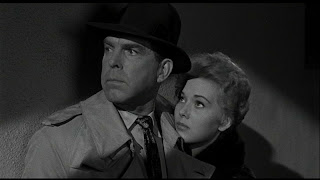 Pushover (Richard Quine, 1954) – Fans of Double Indemnity won't be surprised to see investigator Fred MacMurray getting talked into murder by a sexy laydee (Kim Novak) in this slightly tired psychological noir. Novak sizzles, MacMurray sweats and there are some nice stylistic touches, but such exertions are spent on a largely uninteresting script. There are some intriguing parallels with the work of Alfred Hitchcock, though. As with Rear Window, released two days later, large portions of the film are shot from a stakeout position and, like Vertigo, the film deals with what happens if you get obsessed with Kim Novak (timely, as I've watched three of her films this weekend). There's also a nice romantic subplot featuring Dorothy Malone and Philip Carey. (2.5) 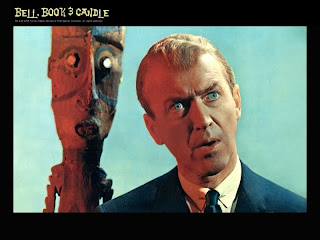 Bell, Book and Candle (Richard Quine, 1958) is a minor but enjoyable romantic comedy that appears to have no significance beyond its immediate story, until a lovely last 15. Kim Novak is a New York witch who – literally – charms publisher Jimmy Stewart to stop him marrying her high school nemesis. It's a gentle and entertaining film, even if there are only a handful of real laughs ("Taxi! Oh taxi!”), with fine chemistry between the leads (reunited after Vertigo) and a really awesome, snow-tinged set. In support, Elsa Lanchester spouts vacantly, Ernie Kovacs drinks a lot and Jack Lemmon offers a vivid demonstration of what he'll do if you don't rein him in. Mug incessantly and play the bongos. (3) 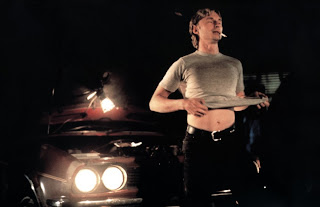 The Full Monty (Peter Cattaneo, 1997) – Before The King's Speech, there was... The Full Monty. Yup, that was the last time the whole of Britain went to the cinema. It's a neat comedy-drama, of a piece with the cycle of such home-grown successes released in the mid-'90s, though shorn of the heavier social commentary of Brassed Off and not in the same league as the remarkable Little Voice. The film traces the fortunes of six sons of Sheffield who decide the way to reverse their ailing fortunes following the collapse of the steel industry is to take off all their clothes in public for money. Its main virtues are an inventive, literate script by Peter Beaufoy (though without wanting to sound like a killjoy, I'm not sure an "epi" is really acceptable slang for a fit) and a game cast, including Robert Carlyle and Tom Wilkinson. The emotional moments are nicely handled and that celebrated scene in the dole queue where they all start dancing in sync is indeed joyous. (3) 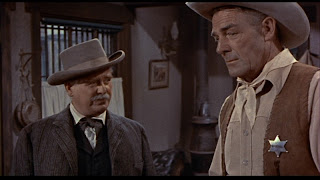 A Lawless Street (Joseph H. Lewis, 1955) is a thoughtful, exciting and flamboyantly-directed Western from Lewis, who began in oaters but made his name with a couple of incredible films noir, Gun Crazy and The Big Combo. Randolph Scott plays a lawman troubled by the town he's trying to tame and the memories of the men he's had to kill. Into his life rides Jessica Fletcher (Angela Lansbury) off of Murder, She Wrote, a music hall actress who also happens to be his estranged missus. Meanwhile, hired gun ("Don't ever call me that again”) Michael Pate arrives in town, wanting a showdown with the marshal. This is a cut above the Scott fare that had come before – if a little short of the Ranown run on which he was about to embark with Budd Boetticher – with original dialogue, a progressive worldview and a knockout performance from Pate as the rubber-lipped hitman. The only shortcoming is a rushed and somewhat unsatisfactory final reel. (3.5)

Coroner Creek (Ray Enright, 1948) – Incredibly boring Randolph Scott Western, notable only for introducing his new, hard-bitten persona. He plays a (not overly) mysterious man seeking vengeance against the kingpin of Coroner Creek, who committed some (not overly) mysterious wrong 18 months back. A strong cast – including Forrest Tucker and veteran character actors Edgar Buchanan and Russell Simpson – is largely wasted, the plotting relies on frequent coincidence and the dialogue is just awful. Curious, as this by-the-numbers effort was penned by Kenneth Gamet, who wrote eight Scott vehicles (and the earlier Pittsburgh), including A Lawless Street. (1.5)
Posted by Rick Burin at 08:15