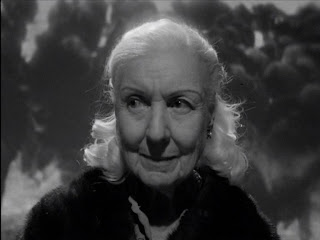 My Winnipeg (Guy Maddin, 2007) is a dreamy "docu-fantasy" stuffed with tall tales, half-truths and, well, lies about Maddin's snowy hometown. It has 10 times more sleepwalkers than any other city. It's the coldest metropolis on earth. And all its old signage goes to a mass graveyard. He shows us a balletic seance that ends with two fatalities, a hockey match between pensioner pros in a half-demolished building and a tragedy-cum-tourist attraction - featuring 11 dead horses - that sparked a baby boom. In the style of John Ford, the great American mythmaker, these imaginings somehow reach an essential truth that a factual account could never approach.

And, as in Ford's 1941 masterwork, How Green Was My Valley, we begin with the narrator leaving his birthplace for the final time. Or at least trying to. Dragged down by fatigue, bound by unbreakable sentimental bonds, he resolves to "film his way out". The result incorporates flights of fancy, a furious section dealing with architectural vandalism and class politics that calls to mind Michael Moore, and - of course - Maddin's on-camera alter-ego recreating pivotal scenes from his early life with his aged mother ('40s B-movie icon Ann Savage).

There's an obvious parallel here with Terence Davies' 2008 film, Of Time and the City, being a hymn to a city all tied up with the filmmaker's childhood and his obsession with his family, particularly his mum. There's nothing as transcendent as the jawdropping, emotionally devastating portrait of urban alienation cut to Peggy Lee's 'The Folks Who Live on the Hill' - the staggering centre of Davies' film. But My Winnipeg is more consistent, more accessible and less pretentious, with an attractive playfulness and sense of humour that's largely missing from Davies' frustrating (though often brilliant) film.

It's also great to see Savage giving it both barrels for this glorious last hurrah. A presence in series pictures like After Midnight with Boston Blackie and Passport to Suez, she went on to define the femme fatale in the notorious film noir Detour - just about the only movie from cheapo studio PRC that anyone can remember. With a relatively slender amount of screen time, she dominates My Winnipeg, playing an omniscient, bird-hating ex-salon owner with a sideline in Freudian deconstruction. The scene in which she dismantles her daughter's cover story about hitting a deer to reveal an act of eager promiscuity is a masterclass in stifling, overbearing menace, shot through with jet-black humour.

That such darkness is offset by pseudo-mystic ramblings about rivers, pseudo-sexual ruminations about his "mother's lap" and a jaunty credits sequence scored by a catchy old-time novelty record entitled 'Wonderful Winnipeg' is part of the movie's magic. And its often mesmerising appeal. I don't know if there's a Winnipeg by-law demanding that if someone sleepwalks to their old house and unlocks the door, the current owner has to let them stay until they wake up. But by all rights there should be. This sleepy, feverish film makes it so. (3.5) 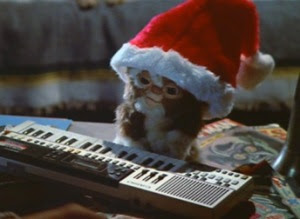 *SOME SPOILERS*
It may not be very polished, but Gremlins (Joe Dante, 1984) sure is enjoyable: a gungy monster movie that sees malevolent, pointy-chinned little green tykes marauding through an all-American town at Christmas, destroying everything in their path. We begin in Chinatown, where inventor Rand Peltzer (Hoyt Axton) happens across a Chinese bric-a-brac store, run by bona fide Hollywood legend Keye Luke (Charlie Chan's Number One Son in the classic Fox series of the 1930s; see #47). There, tucked away in a basket is the impossibly cute mogwai Gizmo, a furry, crooning little bundle of fun. Just don't expose him to bright light, don't put him in water, and don't feed him after midnight, Luke warns.

He won't cause you any trouble. But his asexual offspring are a touch psychotic.

The acting from the juveniles is wooden and first-time scripter Chris Columbus never did write the most eloquent dialogue, but he has strong basic ideas and follows them through in imaginative ways. And while making your diminutive, cartoonish villains both frightening and hilarious is a difficult trick to pull off, he, Dante and the creative team manage it effortlessly. The set-pieces in the kitchen and living-room (gremlin into blender will go), the science lab and the YMCA are loaded with menace, contrasted with the Muppets-esque cinema sing-along and a simply amazing spot of carolling. From start to finish, the Christmas setting is milked for all its worth (Phoebe Cates' monologue about her worst ever festive experience is supposed to be a joke, isn't it?) and the subversion of the small-town idyll is also spot on; the tracking shot of hero Billy (Zach Galligan) and his dog making their way to work is a little gem that opens up the whole town, establishing a real and credible movie world.

As with so much of Dante's work, there are numerous film references for cool folks like you or I. Not only the obvious nods to The Wizard of Oz, concerning a wicked old woman's attempts to nab our hero's hound, and the clips of It's a Wonderful Life, Invasion of the Bodysnatchers, Snow White and the Seven Dwarfs and Clark Gable racing flick To Please a Lady (smirk) scattered liberally throughout the film, but also a handful of gag cameos and a character named Lew Landers, after the journeyman director who helmed '30s horror classic The Raven.

Grossing more than $150m from a budget of just $11m, Gremlins inspired a rash of knock-offs and a 1990 sequel (in which the gremlins eat movie critic Leonard Maltin, who bashed this initial effort). It was also a key influence on Joe Cornish's spectacular Attack the Block, released last week. Viewed 17 years on, the film's flaws are evident, but they're outweighed by the sheer amount there is to admire and enjoy. This is a deft blend of horror and humour, with a sound premise, a rich Yuletide atmosphere and some amusingly malicious little green terrors, who lay waste to middle America while declaring "Yum, yum, yum". And call me a massive wuss, but Gizmo is really cute. The bit where he sings and plays the keyboard is lovely. (3.5)

Some misguided souls claim this next film is a classic. I am going to set a killer robot on them. 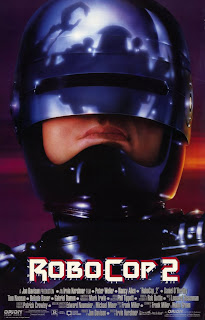 RoboCop 2 (Irvin Kershner, 1990) - RoboCop is a genuinely great film, a potent actioner with lashings of satire and a surprisingly effective emotional undercurrent. RoboCop 2 is not. It's a patently weird mix of extreme cynicism, broad comedy and imcomprehensible storytelling, as Detroit's favourite cyborg law enforcer (Peter Weller) is destroyed by a gang of drug-dealers (including a young boy who won't stop swearing) then rebuilt along wooly liberal lines, with his three commands replaced by more than 250 community-minded guidelines. Including: "Don't walk across a ball room floor swinging your arms." That's one of only two good jokes in the film. The other is the self-referential chapter in which one of the character intones: "Introducing... RoboCop 2!" only for everything to immediately go wrong. That would be funnier if it wasn't such an apt metaphor. There are some interesting elements here - the philosophical question of how human our hero really is, a snapshot of his conflict with everyday cops - but these are dropped almost immediately, as the movie trades in its brain for a dock-off drug-addict robot and its heart for a cheap laugh. (1.5)
Posted by Rick Burin at 08:21