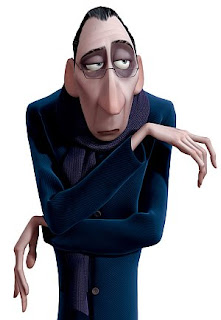 My idea of fun: Anton Ego relaxes on set while filming Ratatouille.

At the moment, the best films on planet Earth are coming from Pixar Studios. And if Ratatouille (Brad Bird, 2007) never scales the heights of the dream factory's sporadically dazzling follow-up, WALL-E, it's an altogether more consistent film that leaves you with that familiar warm glow. Remy is an aspiring chef who dreams of emulating the late, great Gusteau, a legendary Parisian gourmet. Unfortunately his family - and the new owner of Gusteau’s eaterie – don’t think he’s cut out for it. After all, he's a rat. Enter his saviour: an endearingly geeky garbage boy who’s just landed a job at the restaurant. Seizing the hair of the young dogsbody, Remy seizes his chance, operating the kid like a puppet and turning him into a culinary wonder – and the toast of the town. Unfortunately, deathly food critic and Will Self look-alike Anton Ego (voiced by Peter O’Toole) is lurking, and after consigning Gusteau to an early grave, he’s hoping to do the same to his restaurant. Spectacular animation breathes glorious life into a script that mixes anarchic comedy, pathos and slam-bang action sequences in the vein of those meticulously-charted Fred and Ginger films of the '30s. There's one absolute gem of a flashback at the film's pivotal moment that simply takes the breath away. As with so many of Pixar’s best, the movie pays notable homage to classic Hollywood, with a black-and-white Parisian romance glimpsed briefly on a TV. There’s also a knowing nod to the Topper series in the ridiculous, jerky way our faux-chef moves around when being rat-operated. (3.5) 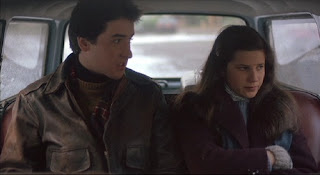 The Sure Thing (Rob Reiner, 1985) is about as good as teen romance gets: a smart update of It Happened One Night that sees college classmates John Cusack and Daphne Zuniga fall in love during a 3,000-mile road trip to California. She’s off to spend the holidays with her uninspiring boyfriend; Cusack’s been promised a "sure thing": one night of fun with a leggy blonde and no strings attached. The script is realistic, with just the right concessions to absurdism, off-kilter observation and broad comedy to balance its underlying earnestness. The film is also extremely well-paced, its story unwrapping gradually and rewardingly towards an inevitable, very welcome climax. And Cusack and Zuniga are both excellent – check out her nervous, disarmingly genuine laugh as the pair share a bed for the first time. If the film isn’t as subversive as Say Anything, it’s just as sweet and very trim, without the later film’s weak, unconvincing crime subplot. Admittedly it's missing a scene where Cusack holds a radio above his head, but you can't have everything. Anthony Edwards plays Cusack’s bawdy mate Lance, and there’s a cameo from Tim Robbins as showtune-singing Gary Cooper (“not the one that's dead!” as he charmingly observes). Just lovely. (3.5) 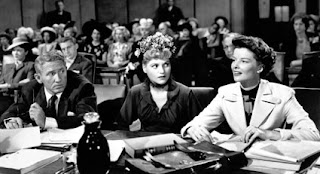 Adam's Rib (George Cukor, 1949) is often hailed as the best "battle-of-the-sexes" comedy on celluloid, but it's beset with the same problems as the bulk of these Tracy-Hepburn vehicles: dated social observation that's tricky to navigate today, a lack of laughs and dramatic sequences that are just too heavy. The leads are a blissfully married couple who clash when they take opposing sides in a murder trial: assistant DA Spence leads the prosecution of wronged wife Judy Holliday (who is magnificent), while crusading feminist Kate leaps to her defence. Holliday plugged philandering husband Tom Ewell, you see, then fired wildly around the flinching floozy he was nuzzling up to, Jean Hagen. The acting is absolutely stunning - universally superb - and there's smart use of newspaper inserts and a puppet show motif, but the material is spotty and chunky, with humour arriving in slabs rather than being weaved through the narrative. Kudos to former stage star David Wayne (he played Og in the smash Broadway version of Finian's Rainbow) for being so formidably irritating as Hepburn's extremely camp confidante and suitor. His reading of Cole Porter's specially adapted song Farewell, Amanda is a rare moment of respite in a teeming sea of annoyance. Hepburn asked her favourite director, Cukor, to favour Holliday in the filming of their scenes and leaked stories to the press about Judy's revelatory performance enraging both the leads. The ploy was designed to land her apprentice the lead in the screen adaptation of Born Yesterday, which she had initiated on stage. It worked - and she took home the Best Actress Oscar the following year. As for Adam's Rib, it's impressive and memorable but, despite all that, resolutely not a classic. (3) 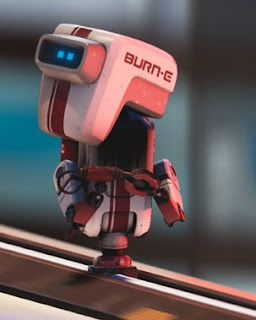 DTV SHORT: BURN-E (Angus MacLane, 2008) is an enjoyable short with a BTTF 2-style re-exploration of its source, Pixar's excellent WALL-E. There's probably a more highbrow analogy than Zemeckis' underrated 1989 sequel, but I can't think of one. The story follows a robot whose maintenance work is continually interrupted by WALL-E and EVE's escapades. It's high-concept stuff, and it works well, with a handful of hilarious jokes. There's not much of an emotional hook, compared with the feature, but it's lot of fun. (3) 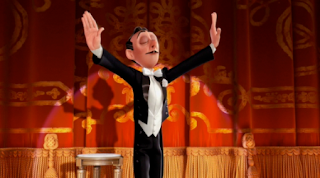 SHORT: Presto (Doug Sweetland, 2008) is one of the best short films I've ever seen: a succession of inspired quickfire gags, as a conjuror with a magic hat is outsmarted at every turn by the rabbit he's just deprived of a carrot. In its simple set-up and endless variation it recalls the best of Looney Tunes and in its theatre-setting the climax of A Night at the Opera. The punchline is just astounding. Clever, imaginative and quite outrageously enjoyable. Thank you, Pixar. (4) 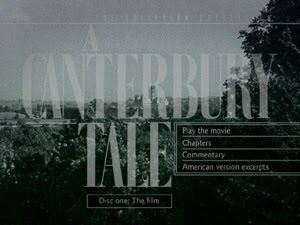 I also watched the epilogue and prologue shot for the (heavily-cut) re-edited version of A Canterbury Tale (Michael Powell, 1944) - made for American release. The scenes are fine in themselves, but belong to a different film, with a Wilder-esque stats-heavy opening detailing the exploits of various f(r)actions of American GIs, and a curtailed end sequence that's too literal and robs the finale of its gentle poetry. Both Sgt John Sweet and Kim Hunter - the latter about to start filming on Powell's much-celebrated A Matter of Life and Death - are fine, but the character of the girlfriend is most effective in the original work precisely because we don't see her. I imagine the trimming of the film's more idiosyncratic, British elements turned the whole thing into a bit of a lurchy mess, like the US version of Stazione Termini, re-titled Indiscretion of an American Wife! Still, it's fun - and illuminating - to see, and the one big plus is an extended version of the shot that twists around the cathedral bells.
Posted by Rick Burin at 14:10