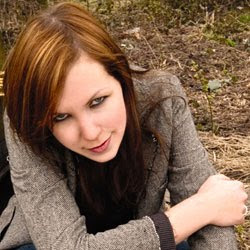 I first saw Thea Gilmore at Manchester Academy in 2003, a few weeks after the release of Avalanche, the slick mission statement that looked set to send her crashing into the big leagues.

"If we grow up, we're all going to be famous," screams the legend on the t-shirt I bought that night. Thea was 23 and already fully-formed as that spiky, sweet-voiced singer-songwriter with the singular worldview and the devastating turn of phrase. I think the plan then was for my friend Phil to marry her, but like Gilmore's ascent to a stardom that matched her talent and critical acclaim, it never quite panned out like that.

She continues to play superb shows, put out fine records and garner four-star reviews, ploughing her particular furrow without staleness in theme or tone and attracting fans like Bruce Springsteen and Joan Baez, but the expected explosion never arrived. Her battle with depression (described with admirable honesty in a hugely endearing newspaper interview) put her out of commission for the best part of 2005. After that, she found a stable, happy family life with musical partner Nigel Stonier and their son, pioneered a cottage-industry music model with subscription service Angels in the Abbatoir and got back to touring a succession of venues that seem irrationally small for someone who's doing what she's doing. Yesterday she pitched up at Fibbers in York to sing and play her guitar a bit. That's what this is about.

The most jaw-droppingly impressive thing about Gilmore remains her distinctive lyrical style. Just as there's such a thing as a recognisable Bob Dylan line ("She knows there's no success like failure/And that failure's no success at all") or Tom Waits couplet ("So when I was 13, I said: 'I'm rollin' my own/I'm leavin' Missouri and I'm never comin' home'"), so you can spot a Gilmore zinger a mile off. Like this one from Saviours and All: "It's too late now to even out the score/As you drain the glass and raise your hand for more/So I'll take cover while you just take the floor..." Or from the same tune: "Baby, is it drama? Is it comedy?/You know my character witness just went down for perjury/Has anyone else got any good ideas?/Or will we just lay low until the black smoke clears?" If e-thea-reality is an adjective (and it nearly is, but it doesn't mean this), it's about double-meanings, stylised, cinematic language and the subversion of expectation. It's also about dizzyingly creative ambition.

And this sublime gift is coupled to a remarkable, unimpeachable voice.

If her records have a shortcoming, it's that they can be let down by sounding too sanitised, or making concessions to commerciality that seem to compromise her artistic vision. Like spoiling a sensational take on the St. Stephen's Day Murders (one of the most wonderful things I've ever seen live) by letting chum and out-of-tune Radio 2 DJ Mark Radcliffe share vocal duties on the album version. Or releasing a single called You're the Radio. It must be frustrating seeing shit like Florence and the Machine cavorting up the charts and knowing you're a thousand times more talented, but stick to your guns, Thea. We'll get you up there yet.

Live, she's a simply unmissable proposition: ebullient, boisterous and bursting with emotional energy, with those twin virtues - words and warbling - thrown up front. Last night's gig at Fibbers was the fourth time I'd been to watch her - following further forays to Sale Waterside Arts Centre in 2004 and her Christmas show at The Duchess, York in 2009 - which, for fans of incredibly boring trivia, is as many times as I've seen anyone, except Bob Dylan. But more about him later.

The latest gig began with a nice supporting set from Nigel Stonier, Gilmore's husband, accompaniest and producer, who has an increasingly easy stage manner and some good songs. His voice is perhaps more suited to harmonising than carrying a track (at least to my ill-educated ears), but it's pleasant enough to put across standout numbers like Josef's Train (which Gilmore covered on Loft Music), Messin' with Fire and Whole Lotta Nothin' Goin' On.

We got right down the front for the main event, leaning against the rail, as an over-exuberant machine spewed out dry ice in such quantities that I wondered whether they were trying to smuggle the band out of the building. Happily not. The four-strong combo came on stage a little before nine for a riotously enjoyable 90-minute set that mixed most of the best tracks from current album Murphy's Heart (Due South, Mexico, Love's the Greatest Instrument of Rage, a pouting, sexually-provocative Jazz Hands) with selected excerpts from past triumphs (Juliet, the heartbreaking Icarus Wind) and covers of Guns N' Roses' Sweet Child o' Mine and Dylan's I'll Be Your Baby Tonight - the inspiration for Thea's decision to cover the whole of his 1968 roots classic John Wesley Harding.

Other highlights included an eggshell-treading Old Soul - perhaps the best song she's ever written, with words and intonation that inadvertently recall Ma Joad's impassioned pleading near the close of The Grapes of Wrath ("How am I gonna know, Tommy?") - a rip-roaring Rags and Bones, a sing-along Saviours and All and the heart-stopping closer, Thea's transcendent rendering of the Irish ballad The Parting Glass, performed - as ever - a capella. I'd never heard the song before her Manchester gig in 2003, and despite tracking down versions by artists as diverse as Sinead O'Connor, The Pogues and The Bay City Rollers (that one's not real), for me Gilmore's version is definitive. If she ever recorded an album of Celtic standards (and why not? That stuff's in her blood), I'd pick it up in a heartbeat. Though seeing as I buy all her albums, that's kind of a given. It would be awesome, though.

I went to say hello at the end, which - much like any encounter with someone you really admire - was essentially a high-stakes game of "you have 30 seconds not to say anything stupid". I told her that her version of The Parting Glass was absolutely incredible, asked whether her John Wesley Harding record is going to be put out (it is; it's coming out on Dylan's birthday and is available to pre-order on Amazon now) and said it had been a great show, with pretty much my dream setlist (Old Soul, Saviours and All, and all). It really had. She signed my copy of Murphy's Heart too - what a nice lady. And then I got out of there... effortlessly avoiding the pillar as I turned round. Yeah, pretty smooth.

Then myself and my considerably cooler half had to pay £45 for a taxi home, which is the most extravagant thing we've ever done, but public transport wasn't running and I can't drive a car. It was worth it, anyway. Thea has created some indelible memories for me over the years - her solo performance of Phil Ochs' When I'm Gone during the Academy show being one of the most intensely moving musical experiences I've had - and this was yet another superb show from a truly uncommon talent.
Posted by Rick Burin at 13:37