Three all-new reviews, and a few I've had lying around since last year. 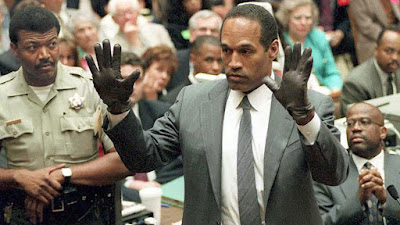 O.J. "in full Naked Gun mode", as the film so superbly and disgustedly puts it

O.J.: Made in America (Ezra Edelman, 2016) – While the montaged credits and eerie theme tune suggest that this got green-lit because ESPN wanted the closest thing they could find to Making a Murderer, this complex, even-handed and multi-faceted five-part documentary portrait of O. J. Simpson is really an exceptional addition to the recent spate of documentaries about African-American history (The 13th, I Am Not Your Negro), viewing his remarkable story – quite reasonably – through the prism of race.

It’s all here: exhilarating footage of Simpson at his athletic zenith, the Hertz ads (“Go, O. J., go!”), the Naked Gun years, the Bronco, the trial, the glove and the acquittal – which the film convincingly argues only makes sense in the context of post-Rodney King L. A. The narrative of his football career could be neater, and the convoluted Las Vegas debacle doesn’t exactly emerge in crystal clarity here, but the crux of the series – his abuse of his wife, the subsequent double-murder and the trial – is simply hypnotic*: brought to life through recordings, court footage, rare documents, news reports and a brilliant selection of interviewees from jurors to laywers to journalists and preachers (Jeffrey Toobin and Rev Mark Whitlock are my MVPs), who don’t just contextualise the trial, but seem to embody the very viewpoints they’re espousing.

It remains a heartbreaking indictment of America that the only black man to benefit from its justice system was a multi-millionaire who had refused to engage with the civil rights movement, purposefully become an honorary white and only reconnected with his proud heritage to avoid being convicted of murdering his wife. His acting, cunning and cultivation of distinct, useful personas is chilling and extraordinary. Did I mention that he is an absolute piece of shit? And his nickname’s rubbish. I only learned recently that he’s called ‘The Juice’ not because of his stamina and speed on the football field, but because in America they call orange juice ‘OJ’. Also lol at the court clerk fluffing her one line, that gets me every time.

*especially for a legal or quasi-legal nut like me: I love courtroom dramas, have been obsessed with HUAC for years and did my undergrad dissertation on Stalin’s show trials 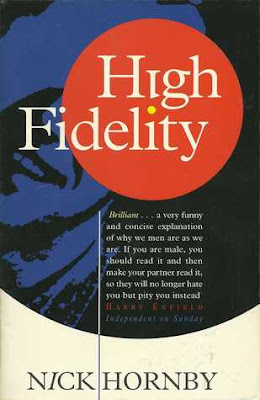 High Fidelity by Nick Hornby (1995) – “Did I listen to pop music because I was miserable? Or was I miserable because I listened to pop music?” Rob Fleming is a 34-year-old North London record store owner whose life is dominated by rejection, top 5 lists and music: pop, rock, Motown, STAX, oddities, dance numbers, floor-fillers and melancholy, idealistic, shimmeringly beautiful songs that have given him some unrealistic ideas about love, lust and break-ups. Unceremoniously dumped by girlfriend Laura, a former human rights lawyer who has grown out her spiky hair and moved into corporate work, he muses about men, women and relationships, while hanging out with exes, prospects and the two losers who work in his shop.

Hornby’s neatly-titled 1995 novel – made into a Hollywood film starring John Cusack four years later – is remarkably incisive, insightful and honest, in a way that makes me wish I’d read it 10 years ago and not turned my personal life into a binfire… and then makes me realise that basing our life choices on popular culture is exactly what this book is guarding against. It’s very 1990s – with a Harry Enfield cover quote and a left-leaning hero who’s unapologetic in his maleness, rather than drowning in self-loathing like the contemporary equivalent – and Hornby’s irritating, pedantic riffing on familiar phrases is a stylistic shortcoming (that “negative interest scenario” passage), but High Fidelity is also fast and funny and subversive, breaking the fourth wall while allowing us to judge the selfish, self-justifying Rob, and stripped of extraneous elements like lengthy scene-setting or laborious description.

I expected it to be funny and accessible (and London-centric and nerdy about music), but its concentration of hard-earned wisdom took me completely aback. (3.5) 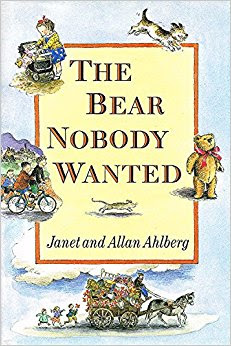 The Bear Nobody Wanted by Allan Ahlberg (1992) – This children’s classic concerns a nameless bear who arrives off the production line feeling smug and superior – after all, a bear’s character is defined by his facial features – only to be tossed in a bin, rescued, rejected, burnt, used as a duster, savaged by a dog, repaired, briefly welcomed, relegated, forgotten, lonely, nameless, catatonic and bombed by the Nazis, on the way to a cathartic and happy ending. Telling the story in the third person but from the bear’s perspective, Ahlberg’s prose is beautiful, witty and whimsical, offering a lesson in humility and empathy, and peppered with memorable, perfectly-sketched characters and bits of human (or bearish) warmth – even as the story becomes perilously melancholy and dark.

It also economically evokes the vanished Britain of the author’s childhood: that world of smoking chimneys, cobbled streets and poky working-class houses which he wrote about so memorably in his great memoir, The Boyhood of Burglar Bill (and its sister title, My Brother’s Ghost), while ushering in a little of the timeless warmth of contemporary popular song, from 'My Blue Heaven' to 'Look for the Silver Lining'. It’s an offbeat, timeless and chokingly poignant book, and the line drawings by Janet Ahlberg (Handsome bears staring out of giant windows? Check. Chubby women with chubby sock noses? Check) are the perfect accompaniment. (4)

And now some odds and ends I saw or read last year, but never wrote about, because I was citing the books in the pitching of my novel, because the films were presents and I felt bad for criticising them, and because I forgot I'd written the one about the McGarrigles DVD. 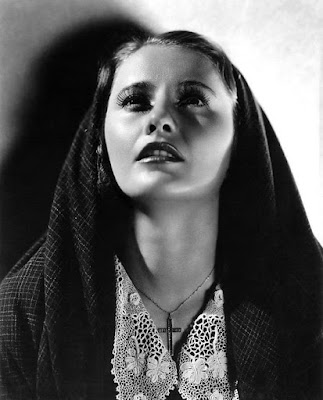 When you're playing an impoverished Irish waif but you're a star in 1930s Hollywood.

The Plough and the Stars (John Ford, 1936) - An abrasive, tone-deaf and dreadfully conceived film about the Easter Rising, which condenses Sean O'Casey's four-act play into just over an hour of shouting. There are a few passages of quiet lyricism, one memorably utilising the beautiful old Irish song Kathleen Mavourneen and another trading on Barbara Stanwyck's miraculous sensitivity, but for the most part it's loud, unconvincing and ugly: where badly framed bombs meet bombastic Blarney. (1.5) 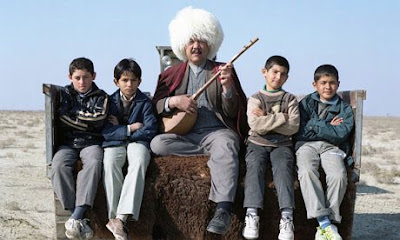 Frontier Blues (Babak Jalali, 2009) - Proof that you can make any old shit and if it's in a foreign language it'll find an arthouse audience (1.5) 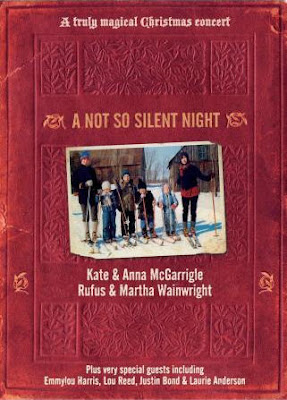 A Not So Silent Night (Gerard Schmidt, 2009) - Well that was extremely disappointing. I had high hopes for this December 2008 Christmas concert from the McGarrigle clan – Kate, her sister Anna, her children Rufus and Martha Wainwright, and assorted relatives – but it’s just completely shambolic: not in the charming, ramshackle manner it might have been, but in a crowded-stage, everyone-singing-from-sheet-music, Anna’s-lost-her-voice, tons-of-tuneless-guest-stars kind of way. Occasionally it does spark into life, with Lily Lanken kicking arse on 'Cherry Tree Carol', Rufus doing a heartbreaking 'What Are You Doing New Year’s Eve', and Martha singing 'I’ll Be Home for Christmas' with a crack in her voice, before a storming, punk-inflected Christmas Wrapping (the effect is of Greta Gerwig playing Patti Smith and just as wonderful as that sounds), but four songs out of 24 isn’t a great success rate, and the direction is lifeless and witless, fading out between songs to ensure that we don’t hear any cheering or really feel like we’re there. (2)

See also: I wrote about the obscure McGarrigles documentary from 1982 here.

I was reading lots of kids' books to help me pitch my own novel for eight to 12-year-olds (no, nothing yet, though Miranda Hart has a book deal). 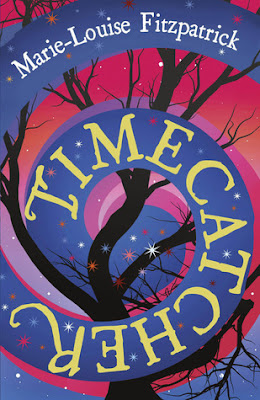 Timecatcher by Marie Louise Fitzpatrick (2010) - An enjoyable, flavourful children's book, set in a Dublin-button-factory-turned-detective-agency, about a lonely girl who becomes involved with ghosts and a time travel portal. The writing is mediocre, relying on cliché and with a dubious understanding of how modern children talk, but the plot is exceptional, with a succession of brilliant twists and a most satisfying conclusion. (3) 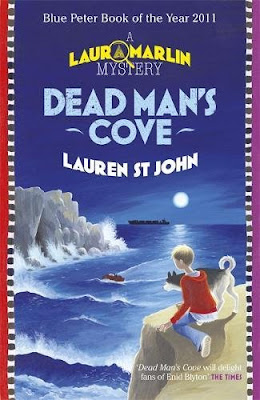 Dead Man's Cove by Lauren St John (2010) - A magical detective story with a rich sea-swept atmosphere, in which 11-year-old heroine Laura Marlin finds her first permanent home − in St Ives, with a mysterious, brooding uncle − while pursuing a mystery just as dark and fascinating as the novels that have given her such welcome escape. It was sold with Blyton comparisons but aside from the title, a couple of minor plot elements and a helpful canine companion, it's not very similar and indeed dynamically subverts such expectations, while creating a gripping plot, an endearingly imperfect protagonist and the welcome promise of much more to come. There's one development near the close that I found simply too twee and clichéd, but for the most part it's an absolute winner. (3.5) 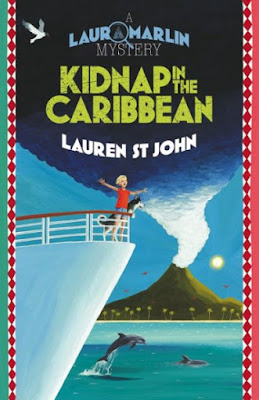 Kidnap in the Caribbean by Lauren St John (2011) - A dire sequel to the delightful Dead Man's Cove, which seems to have been written in one hell of a hurry. Laura Marlin is tricked into attending a pleasure cruise to Antigua, and from there on in it's all predictable plot-twists, painful expository dialogue and interminable polemicising about why we should protect sealife. Don't get me wrong, we should, but not like this. (1.5) 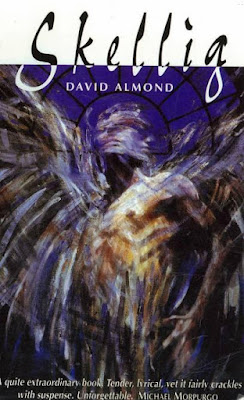 Skellig by David Almond (1998) - This short, simply-plotted story about a boy who finds a mysterious, winged man in his garage has a deceptive emotional impact. Some of that's down to Almond putting a seriously ill baby in the centre of his story - not perhaps the most subtle way of pulling at our heartstrings - but even if I'm not quite sure that Skellig is the unassailable, timeless classic it's often painted as, there's something special about it, in its intuitive understanding of childhood emotion, the author's graceful, spare and precise prose (when it isn't just going on about dead bluebottles again), and an agreeable lack of sentiment in its treatment of the titular character. (3) 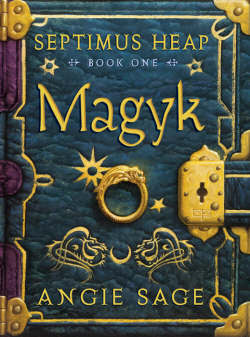 Magyk by Angie Sage (2005) - A long, richly-textured book - attractively written and gorgeously designed - about a 10-year-old princess and the family of wizards who raised her and are now trying to keep her alive in the face of deathly danger, with the help of a ghost, an arrogant ExtraOrdinary Wizard in snakeskin boots, and a brainwashed former army cadet called Boy 412. Its big reveal is obvious, its villain is cliched and it sometimes feels as if Sage is making up the rules as she goes along, but its world is a fun place to visit, it's stuffed with incident and there's a pleasant unsentimentality about the book's emotional subtext, which manages to move you without being maudlin or mawkish. Sage also makes the most of the endless possibilities of writing, with an extremely ambitious action climax that comes off fairly well. (3)

Next time: Line of Duty: Series 1 (I'm diving in at last), and a book by an LAPD detective who is convinced his dad committed the perhaps most notorious unsolved murder in American history.
Posted by Rick Burin at 13:48