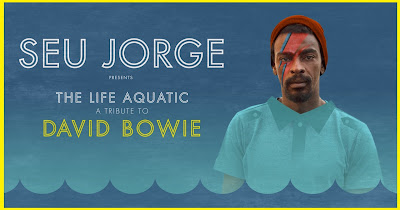 Brazilian guitarist Seu Jorge brought his Life Aquatic show to Europe for the first time last night, paying tribute to David Bowie, his father, and the victims of the Manchester attack during a moving and memorable evening.

2003. Seu Jorge was in his flat in Rio when the phone rang. “I was playing PlayStation, so I ignored it. It carried on ringing. My ex-wife said: ‘Aren’t you going to answer it, you lazy…’ – in the end she picked it up herself. She passed it to me: ‘Someone in America is making a movie and they want to know if you would play Pelé.’ I said: ‘I can’t play soccer.’ I’m Brazilian, but I was never any good, except on PlayStation.”

That ‘someone’ was Wes Anderson, and the ‘Pelé’ he wanted Seu to play was not the three-times World Cup-winner, but a maritime safety expert and guitarist in the indie filmmaker’s upcoming movie, The Life Aquatic with Steve Zissou. The catch: the character’s main role is as an on-screen troubadour, crooning David Bowie covers. “At the time I only knew two Bowie songs – I was a black kid from a favela, we didn’t hear rock and roll – but I fell in love with him.” The film became a cult favourite and Seu released an album of his solo, acoustic, Portuguese-language Bowie covers the following year – but he had never played them live in Europe until this month. 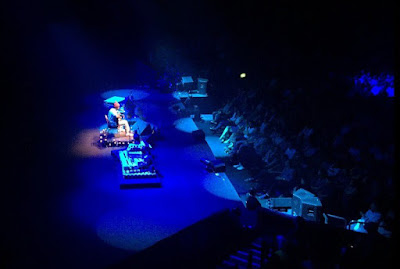 The compère introduces the show as “a concert from two artists: one in person and one in spirit” and then Seu strides on, dressed in the Team Zissou outfit of red beanie heat and ice-blue short-sleeved shirt and trousers, looking like he’s just got off the boat. The atmosphere is intimate and conversational: it’s just him and his guitar on a little square platform ringed with fairy lights that masquerade as candles, two small piles of seafaring paraphernalia either side, the songs alternating with stories about his life, his Life Aquatic and his relationship with Bowie’s music. 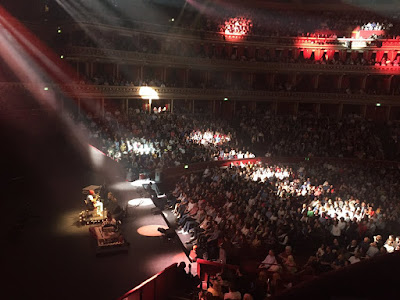 Other songs are introduced with reminiscences. The bossa nova take on ‘Rebel Rebel’ was improvised on the spot on the first day of filming (“There were two or three songs I hadn’t learned properly. Wes Anderson said to me: ‘We’d love to do one of your songs today, how about ‘Rebel Rebel’? And I was like ‘Haha, yes, of course… Holy s***!’ I looked up to the sky: ‘Please God, give me inspiration’, and what I came up with was this…”), ‘Lady Stardust’ – which emerges as a hymn to women – was inspired by watching Cate Blanchett working relentlessly on-board the set, four months pregnant. He dedicates a show-stopping ‘Life on Mars?’ to “you, the people of Manchester, Bowie and my father” – his dad, “who made me what I am”, having passed away just three days after the Thin White Duke.

It’s a beautiful evening. Uplifting, unique, but deeply moving too: speaking very personally to the sell-out crowd, many of them sporting those iconic red beanies. “I am glad to see so many members of Zissou Team here,” says Seu. (A Team Zissou member calling Team Zissou 'Zissou Team” is the most Team Zissou thing ever). As he leaves the stage, holding up his guitar like the spoils of battle – or as if it has done all the work – the audience rises to its feet. And then a hidden screen comes down and, when he returns for an encore, his backdrop is The Life Aquatic and you realise that though it’s only 13 years, it’s already 13 years, and that the passing of time set to music is a rhapsodically poignant thing (think of Johnny Cash’s ‘Hurt’ or Terence Davies).

Seu takes the word ‘encore’ delightfully literally, performing ‘Rebel Rebel’ and ‘Oh! You Pretty Things’ for a second time, then closes with a lengthy, mesmerising ‘Queen Bitch’ that prompts another standing ovation. He yells a final: “Thank you, London!” into the mic.

It’s been joyous and enrapturing, but with an undertow of poignancy that constantly tugs at Seu and at us. It’s been just about perfect. Thank goodness his wife picked up that phone. (4) 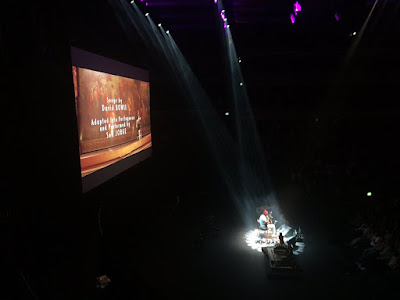 I wrote that for the Royal Albert Hall blog (it's accompanied by some shots from acclaimed rock-and-pop photographer, Christie Goodwin). I've added a few personal thoughts here, as I didn't want to bore the hell out of our visitors (but you are my people):

The 50th anniversary release of Sergeant Pepper is just landing on doorsteps as I write this, a cover sticker informing purchasers that this is “Sergeant Pepper as you’ve never heard it before”, as it is has been “remixed from the original tapes”. Excuse me while I take a seat. Remixed, you say? From the original tapes?! Now call me Philistine McGrumpy, but I fear we’re in danger of making “as you’ve never heard it before” lose its currency. But when you apply it to Seu’s Bowie covers, it’s utterly true, and in the finest possible sense of the phrase. The old adage with cover versions was always “either do it different or do it better”. By doing the first so committedly, he makes the second almost impossible to judge, but it’s these versions I’m more likely to pop on in the flat.

For me, Seu’s music is one of The Life Aquatic’s most apposite idiosyncracies, and one of its great virtues. What sounds hipsterish and gimmicky on paper becomes utterly genuine – and devastatingly, quietly effective – in the hands of Jorge and his director. The offbeat beauty and deceptive humanity present in this music, and the way it’s employed as an on-screen soundtrack, is the key to Wes Anderson’s films, which are often celebrated – or derided – for their micro-managed compositions and impeccable, much-parodied stylistisation. Critics rage at how mannered and self-satisfied his films feel, missing the point that many of us keep returning not for the outfits and tracking shots, but for the movies’ quiet, straightforward sincerity and unique sense of humour. 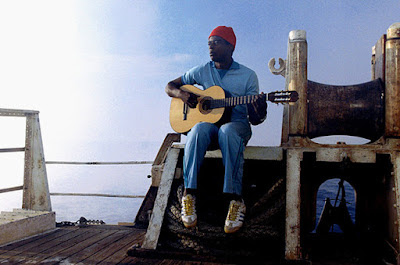 My relationship with the film is intensely personal, all tied up with my life and the relationship I was just starting when I saw it. The imperfect film you see, with those mundane, prosaic failings, isn’t the same as my Life Aquatic, which is a bigger, greater, more sprawling thing: a series of elements that transcend celluloid and have flooded into my own life, into my vernacular, my image-bank (the second death scene, the stop-motion sea dragon) and even my character. If I’d thought, as a 20-year-old discovering this film, that one day I’d be running the press office at the Royal Albert Hall, as Seu Jorge – in full costume – played these beautiful songs to 5,000 people, it would have blown my tiny undergraduate mind.

The handling of the film footage is a little mystifying – with irrelevant, ‘trippy’ effects, bad drawings of crabs and a decision to screen part of the credits through a mock porthole, so you can only read half of the words – but the weight of the footage, the 46-year-old Seu sitting in front of the 33-year-old one, snapshotted as a person who never existed, but feels a part of my life, is unconquerable.

Thanks for reading.
Posted by Rick Burin at 13:14