Please excuse the relative sparsity and brevity (and indeed one of my most obvious opinions, about A. I.), I've been moving flats. A second update is on the way after this one.

The Prime of Miss Jean Brodie (Ronald Neame, 1969) − As an adaptation of a quite brilliant novel, this doesn't hack it, but as a film in its own right, it's rather wonderful, hammering a deliriously modern and subversive book into a work of eccentric nostalgia, culminating in a histrionic battle of wills.

Maggie Smith is Miss Jean Brodie, an idiosyncratic, unmarried teacher in '30s Edinburgh who adores her charges, idolises Mussolini and won't shut up about being in her prime. Caught between two men − upstanding music teacher Gordon Jackson and rakish arts master Robert Stephens − she incurs the wrath of prim, moralistic headteacher Celia Johnson, as her relationship with self-possessed student Sandy (Pamela Franklin) begins to sour.

I find the film's synthetic, pastel-ish appearance simply unattractive and the book's wry wit and deliriously inventive flashes forward are much missed, but the music is wonderful, Smith is sensational and the film gains in momentum as it progresses, leading to a devastating monologue about Dante (invented for the stage production that preceded the film) and a climactic confrontation of sheer quivering fury.

It's a much more conventional work than Muriel Spark's source novel, but perhaps I'd rather find a film that does something different rather than emerging as a pale shadow of a beloved book. (3) 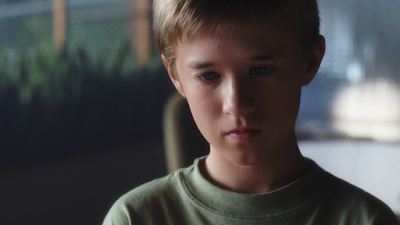 *SOME SPOILERS*
A. I. Artificial Intelligence (Steven Spielberg, 2001) − Striking, heartwrenching sci-fi that for almost two hours hits the sweet spot between Kubrick's cold intellectualism and Spielberg's sodden soppiness, as robo-kid Haley Joel Osment is adopted, rejected and goes off in search of the 'Blue Fairy' who can turn him into a real boy. Dominated by Osment's wonderful performance and augmented by stunning visuals and John Williams' slowed-down-Raiders score, it's a film constantly in motion, never quite satisfying us until it reaches a point of poignant, terrifying clarity. Then Spielberg serves up the usual embarrassing half-hour coda saturated in treacle. (3)

See also: I decided to seek this one out after reading Mark Kermode's book, Hatchet Job, which discusses it at some length. 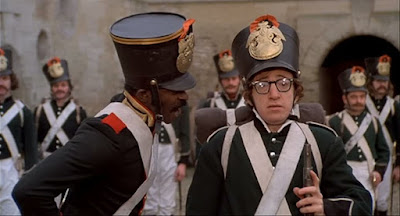 Love and Death (Woody Allen, 1975) − I'm a huge fan of Woody Allen movies, but his "early, funny films" − as he termed them in Stardust Memories − aren't really my thing. Pitching his familiar, bespectacled persona into some incongruous setting: the future (Sleeper), a South American revolution (Bananas) or Russian history (Love and Death) like an old Bob Hope or Marx Bros film, they're largely a barrage of gags, bereft of the warmth and deft introspection that typify that decade of classics he produced between Manhattan and Crimes and Misdemeanours.

Love and Death has its moments: a couple of inspired monologues to camera, some great one-liners ("Where did you go to finishing school, on a pirate ship?") and the inspired use of Prokofiev's music, but a lot of it consists of shameless mugging, self-satisfied nods to Russian novels and the kind of broad humour that veers awfully close to Mel Brooks territory − and I can't stand Mel Brooks. Even Diane Keaton can't make some of this work. (2)

See also: I'll be reviewing Woody's latest, Cafe Society, in the next reviews update. And here are 10 things I learned about him from an excellent 2012 documentary, as well as an address to the elephant in the room. 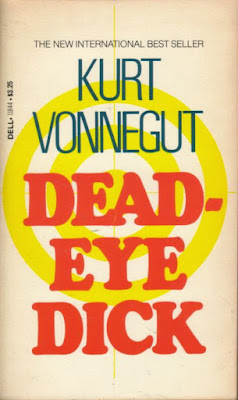 Deadeye Dick by Kurt Vonnegut (1982) – Vonnegut's 1982 novel is superficially about gun control, but as usual goes much wider, weirder and deeper than that, as narrator Rudy "Deadeye Dick" Waltz recalls his double-murder, his visit to Broadway and the neutron bomb that wiped out all life as we know it in Midland City, Ohio. It's partly about the death of innocence, partly about the sins of the father (in this case a former mate of Hitler's whose whole life, like his house, is a meaningless construct) and partly Vonnegut taking aim at the hypocrisy and muddled priorities of 20th century America, though it's about much else besides. And its narrator, meanwhile, is almost entirely dispassionate, lending the book a disorientating, otherworldly feel, strengthened by the flights of forced removal whereby he begins to write about stressful events in his life as if they were in a play.

Everything you would want from Vonnegut is ultimately here, from the stylistically childlike language (death is described as someone's "peephole closing") to the mischievous form (relevant recipes are sprinkled throughout) to the championing of art and community, even if it it's rather harder to get a handle on than most of his works. The passage about the way lives translate to stories ("If a person survives an ordinary span of sixty years or more, there is every chance that his or her life as a shapely story has ended, and all that remains to be experienced is epilogue. Life is not over, but the story is") typifies what I love about him as a writer: profundity distilled through a knowingly simplistic folksiness. Deadeye Dick is wry, dark, humane and wise, and it couldn't be mistaken for a book by anyone else. (3.5) 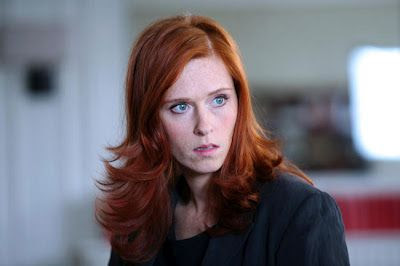 Spiral (Season 3, 2010) – A far-fetched but very entertaining third series of my new favourite programme, with Laure (Caroline Proust) and co hunting a serial killer, and Judge Roban (Philip Duclos) turning his steely blue eyes on political corruption. The grubby realism of Season 2 is exchanged for some improbable melodrama – would all of these things really happen to these people in just a few months?! – but the acting is excellent, stocky, taciturn cop Gilou (Thierry Godard) really comes into his own, and the final episode is a knockout, with a phenomenal conclusion that sheds new light on both Laure and ruthless lawyer Josephine Karlsson (Audrey Fleurot). (3.5) 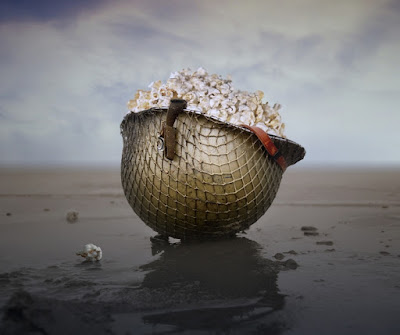 Real to Reel (Imperial War Museum) − This handsome exhibition looking at war movies and the real stories behind them is rather stronger on movie artefacts than those from genuine battles, but if that's what you're after, then the IWM's scholarly but accessible exhibition is essential viewing. As a proper film nerd, I was delighted and surprised by the scope and depth of the cinematic knowledge underpinning it, and by the chance to see David Niven's costume from A Matter of Life and Death, Dietrich's USO dress and the coat that Gable wore during WWII. More eerie, and yet arguably even more fascinating, is a rare opportunity to view a clip from a piece of shimmering Nazi escapism (a rare instance of interactivity), since almost every film made under the Third Reich is banned from distribution. My favourite of all the exhibits was in the final room, but I won't spoil the surprise (perhaps I'll publish a picture once the exhibition has closed): think '40s Warner Bros movies and prepare to get very excited. Incidentally, Real to Reel uses the 100 years since the drama-doc The Battle of the Somme as its hook, so there's no nod to the first, most influential and perhaps most troubling war movie of them all, Griffith's notorious Birth of a Nation. (3.5)

Thanks for reading.
Posted by Rick Burin at 16:48