London Film Festival: Part 2 − Isabelle Huppert, Manchester by the Sea and the most 1930 thing ever

My continuing adventures at the wonderful London Film Festival.

"I'm not done, right, I got more in me..." (I now see the LFF trailer, which plays before every screening, whenever I close my eyes. I hear it all the time.) 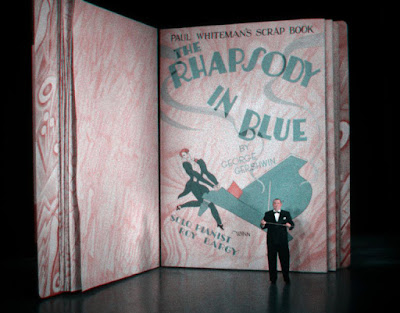 Film 5: King of Jazz (John Murray Anderson and Paul Fejos, 1930) at NFT 2 – This musical revue, complete with two-strip Technicolor, is a symphony in green and red, and while it's as hit-and-miss as any, it's a must for fans of old films.

Building on the success of Paramount on Parade and Warner's Show of Shows, which were designed to test the stars and the ground during the transition to the talkies, Universal's King of Jazz focuses on Paul Whiteman and His Orchestra - then the most popular jazz ensemble in the country - presenting a non-stop succession of eye-catching treats, all in that distinctive palette, and ranging from a comic cartoon about Whiteman fighting a lion, to skits, scatting (oh behave) trio the Rhythm Boys (featuring a cherubic Bing Crosby), ponderous ballads and a climactic celebration of America as a 'melting pot' that credits Germany, Spain and Scotland with creating jazz, but not any black people.

At its worst it's dated and dull (the 'bridal veil' and Monterey numbers are definite low points), but it's mostly good and occasionally great, with an astonishingly high success rate in its comic sketches (usually the worst part of a movie revue), as much camera trickery and surrealistic invention as Man with a Movie Camera and a handful of knock-out numbers, most notably So the Bluebirds - preceded by a glorious snatch of Missisippi Mud - stunning dance number Ragamuffin Romeo, and the infectious Happy Feet.

Guests: none, unless you count a slideshow of rare production photos (you don't) 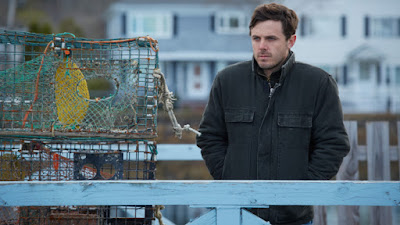 Kenneth Lonergan's third film is a familiar but extremely well-acted melodrama about haunted, introspective Casey Affleck pitching up in the chilly sea town of Manchester after his brother Kyle Chandler's death, and uncertainly reconnecting with his grieving, smartass teenage nephew (Lucas Hedges).

Affleck is absolutely terrific in a largely internalised role, there's one absolute knockout of a scene where he meets his ex-wife (an otherwise underused Michelle Williams) on the street, and Lonergan's dialogue is typically literate and funny, but the film lacks the originality and deceptive precision of Margaret (it's a sort of hybrid of You Can Count on Me and Tom McCarthy's Win-Win), and its narrative is rather too baggy and heavy-handed to overwhelm you in the same way. I also find the way that Lonergan uses stylised explosions of machismo violence as a shorthand for emotional turmoil a bizarrely shallow trait.

It's still a finer and more affecting film than most others you'll see this year. (3.5) 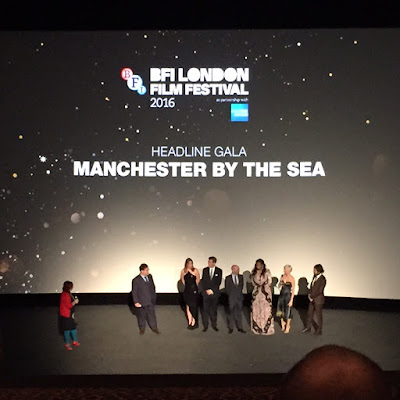 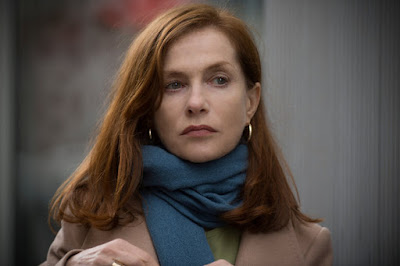 Virtuosic but extremely suspect Verhoeven film, with Isabelle Huppert as a divorced careerwoman who's raped by an intruder, setting in motion a highly unpredictable chain of events. She's astonishing, the excoriating black comedy is jawdropping and there's one of the biggest jump scares ever, but the film leaves an absolutely repulsive taste in the mouth, and for that reason I can't really recommend it.

Verhoeven has quite a history of misogny: Peter Weller is killed in Robocop because Nancy Allen can't help but stare at a bad guy's penis during a shootout, and the director (allegedly) filmed Sharon Stone's vulva without permission in Basic Instinct before broadcasting it to the world. Elle is something else, though. During the post-film Q&A, audience members kept telling Verhoeven they 'loved' his film. How can you 'love' a rape comedy? 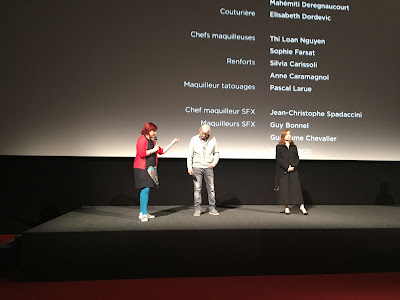 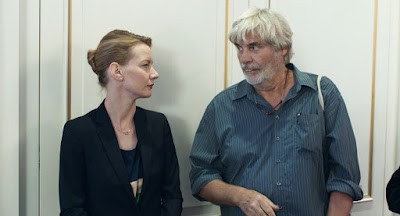 − This cult favourite, which wowed audiences at Cannes, is a genuinely unconventional German film about happiness, dealing with the relationship between a free spirit with a very specific sense of humour (Peter Simonischeck) and the estranged, work-obsessed daughter (Sandra Hüller) he visits in Bucharest after his dog dies.

Marin Ade's film is extremely funny - often in the most unexpected, imaginative ways, with a similar sense of the ridiculous to Le dîner du cons - but underpinning it is an understanding of life's contradictions, man's facility for melancholy and the shifting dynamics of relationships that I found very truthful and powerful. The leads are both wonderful. 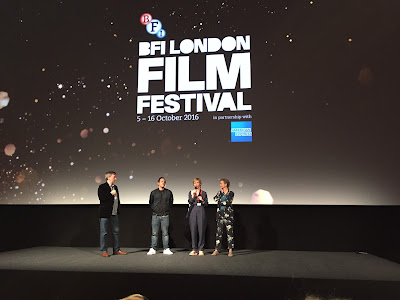 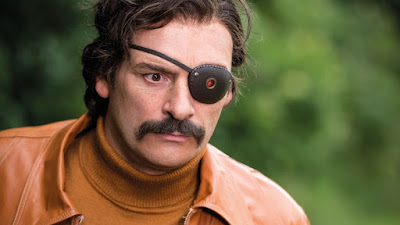 This comedy from Boosh alumni Julian Barratt and Simon Farnaby is slight, and a little clichéd and formulaic in its premise and structure, though when it's funny it is very, very funny.

Barratt is a an arrogant, washed-up actor who once starred in a Bergerac-like crime series. When murder suspect Russell Tovey says he'll only speak to Mindhorn, it's time for him to strap on the electronic eye that is also a lie detector one more time - and return to the Isle of Man.

There are some brilliant jokes here about grudges and actorly pretension (including two absolute crackers during death scenes) and a pair of extremely funny supporting performances from Farnaby and Kenneth Branagh, though it feels like it's at least a draft away from being a great film. A lot of it feels kind of slapdash and convenient, clever ideas like the lie-detector eye are never properly exploited, and a few of the gags are tasteless in a way that they're not funny enough to justify.

It also gets the Manx flavour completely wrong, which is fine in an audience of self-satisfied Londoners, but is going to ring hollow to anyone who's spent some time there. You can shrug and say that it's not a shortcoming that matters, but a lot of humour works because of its specificity and clarity, and the oddities of the Manx character are funnier and wilder than these invented generalisations.

Having seen the best comedies than Germany, France and Iceland have to offer, this BFI-backed one feels rather minor, and suggests that perhaps we haven't really moved on that far from The Parole Officer. Speaking of which, this must be the most banal contribution Steve Coogan has made since adding nothing to The Other Guys (now that's a great comedy film - no, you shut up). (2.5) 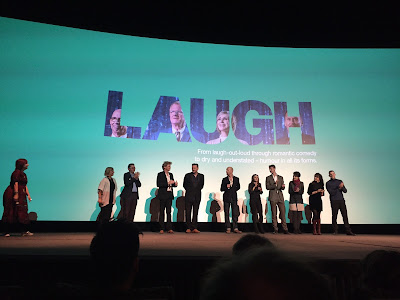 Guests: Sean Foley, Julian Barratt, Simon Farnaby, Harriet Walter and other cast and crew (pre-film Q&A). I also bumped into Steve Oram from Sightseers outside. I love that movie.

Thanks for reading. Part 3 will feature the first real flop of the festival and my two wonderful midweek excursions.
Posted by Rick Burin at 12:33