The last of the fest, and what a joy it was. Well, with a couple of exceptions, for the greatest of which: read on... 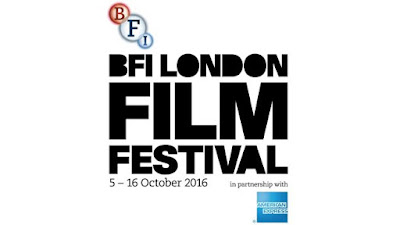 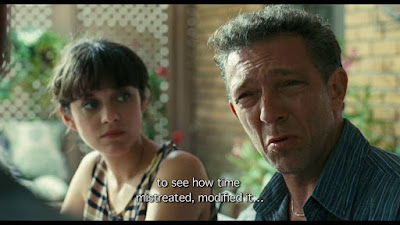 Film 14: It's Only the End of the World (Xavier Dolan, 2016) − A hell of a film, in that I imagine this is probably what Hell is like: a loud, stressful and apparently endless family argument.

The performances are strong (especially Ulliel's), there are two flashback montages of rare potency, and Dolan's use of sound and music is superb − a song as bad as Numa Numa has never whacked me in the solar plexus before − but the material is so hackneyed that I didn't respond to enough of it, and the film so noisily miserable that I was glad when it was over. (2.5) 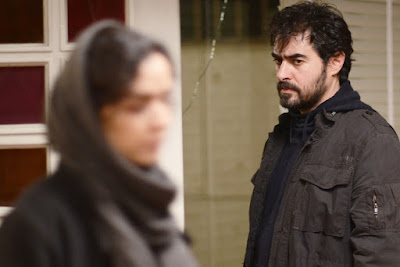 Film 15: The Salesman (Asghar Farhadi, 2016) − An utterly compelling moral thriller from the writer-director of A Separation, Asghar Farhadi, about a couple (Shahab Hosseini and Taranah Alidoosti) whose marriage is thrown into turmoil by the hand of fate, as they prepare to appear together in Arthur Miller's Death of a Salesman.

Like A Separation, it's a consistently surprising drama that - when you sit back and consider it at the end - could only ever have been heading for one place, and it's blessed with the same incisive writing and skilful direction, which sees Farhadi apparently effortlessly manufacturing suspense from thin air (a quality I find myself looking for, and understanding far better, since reading Hitchcock/Truffaut). It also seems to offer real insight into Iranian society and the Iranian psyche, in which women are property and slights against them are slights against their husbands.

I don't want to give away even a little of the story, as it's a film that really benefits from going in blind, but I will say that although its allusions to Miller are too loose and then too literal, that thread ends in heartrending style, and the film features both Iran's long-awaited answer to Jonathan Lipnicki and a late shock so well-executed that it made the person next to me in the cinema do a little fart. Now that's movie-making. (3.5) 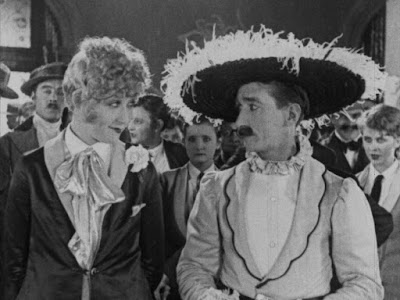 Stan Laurel co-wrote and L&H regular James Finlayson appears as the father of a decidedly emasculated bride-groom, but there are only a couple of small laughs and the rest is so dated it's almost incomprehensible: mirthless mugging, non-sequitur slapstick and people being kicked up the arse.

A mention, though, for Laura De Cardi, in proto-Dietrich garb as a wolfish woman preying on the poor, defenceless husband. The only nod to the future setting, incidentally - the heightened premise aside - is that the cars and pie-stands now fly. 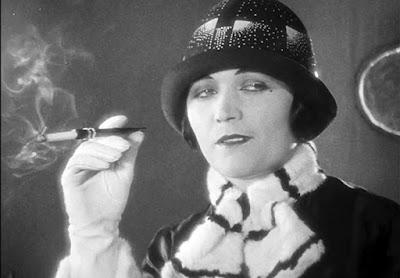 Film 16b (FEATURE): A Woman of the World (Malcolm St. Clair, 1925) − A bit of silent comedy froth, with an anti-hypocrisy message, about a tattooed Italian countess (Pola Negri) who scandalises a small American town while fleeing a break-up, and catches the eye of fanatical moralist Holmes Herbert. The supporting comedy is too broad for my taste, but the opening scene is a cracker, the ending is agreeably mad, and when the round-faced, bob-haired, overtly sensual Negri is on screen the rest of it mostly works. (2.5) 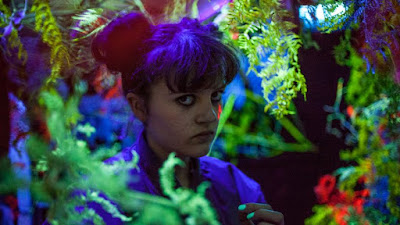 Film 17: Spaceship (Alex Taylor, 2016) − Spaceshit, more like: a film so amateurish and pointless that it shouldn't ever have been backed by the BFI, let alone included in this country's flagship film festival. There are some decent visuals (the element that piqued my interest), but the script is so pretentious, empty and intellectually bankrupt that it makes Gosling's Lost River look like Chinatown. It's like a 90-minute bus journey with the most unbearable, self-satisfied teenagers on Earth, and a waste of money, cameras, my time and a festival spot.

The worst film I've seen since Mamma Mia. And then some. Absolute fucking shit.

On the plus side, they were doing surveys in the foyer, so I got a free biro. (1) 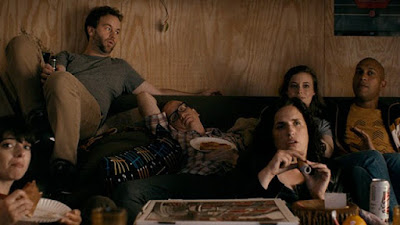 Film 18 (my last of a glorious fest): Don’t Think Twice (Mike Birbiglia, 2016) − A very funny, unexpectedly deep film about a New York improv troupe which goes into meltdown when one of its cast is signed for a Saturday Night Live-style TV sketch show.

Most of the comedy comes from on-stage routines or the improv-ish flourishes that these characters use to get through the day, and that dynamic takes a little getting used to (probably the closest comparison I can think of is to The Trip), but there's no arguing with the number or volume of the belly laughs echoing around the Prince Charles Cinema, and I liked the way that humour is shown as a release, and as a bond that grows and tightens when hardship and tragedy bites.

From the press around the film, I wasn't expecting the melancholic undertow that comes with the comedy, as it deals with the 30-something experience: with heavy break-ups, the dropping or re-shaping of dreams, and our reasons for living, and though the film ultimately becomes too miserable for too long and occasionally deals in cliché (particularly regarding the vacuousness of mainstream culture and how, to paraphrase Morrissey, "we hate it when our friends become successful"), at its best it is unusually honest, perceptive and insightful.

The performances are really well-balanced too, with a specificity and maturity to which I really responded. Gillian Jacobs, who played Britta in Community, is particularly good as a thoughtful woman blossoming into her true self, and Chris Gethard plays Bill with fine, subtle inflections that take you to heart of his character: unassuming and apparently ordinary, but alive in the comfort of the stage, where his quicksilver wit can shine.

It's an imperfect but winning and distinctive film, and you can see why it became a big sleeper hit in the States. It reminded me a little of Renoir's French Cancan, another hymn to creative people, though he was all about giving everything you have in exchange for art; the message of Don't Think Twice is more nuanced and achievable: that you find what inspires you, and keep it in your life. (3)

Thanks for reading. Roll on next year.
Posted by Rick Burin at 17:48