Joseph H. Lewis, Margaret, and what to watch when you have a cold − Reviews #245 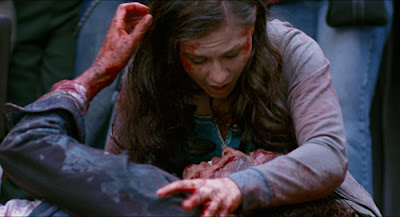 Margaret: extended version (Kenneth Lonergan, 2011) − One of the best films of the decade so far: a breathtaking, one-of-a-kind character study about a high-school student (Anna Paquin) wrestling harrowingly with life's vicissitudes after causing a fatal accident.

Kenneth Lonergan's belated follow-up to You Can Count on Me, eventually released after a six-year legal battle, is novelistic in its elliptical, conversational, almost aggressively uncommercial approach, with long takes, chapters and characters whose relevance isn't always immediately obvious, and stately, slo-mo interludes of pedestrian traffic soundtracked only by orchestral music, which not only place the narrative vividly in New York, and hint at the frailty of all human lives, but also seem to underline that this is just one story among millions.

It's profound, rounded, literate, poetic and intimate, full of completely surprising and real characters and developments, and climaxing with a scene of remarkable catharsis in lieu of any easy answers.

It's difficult to pick out favourite characters or incidents, given that Lonergan's own cut of the film runs more than three hours and forms such a compelling whole, from high school debates about American imperialism to J. Smith-Cameron and Jean Reno discussing adult relationships, a sex scene featuring Kieran Culkin as an effortlessly ironic slacker, unrequited love, Matthew Broderick teaching poetry, the vagaries of road safety laws, Matt Damon exuding decency, the idea that (to quote Joseph Conrad) we live as we dream − alone − and two of the best rows on film: Paquin's raw encounter with unrepentant-as-fuck bus driver Mark Ruffalo at his apartment, and a discussion in which she ill-advisedly calls older confidant Jeannie Berlin "strident". Every line, every beat is there for a purpose, and the overall effect is overwhelming: I can't recall many films that possess such an abundance of wisdom or confusion or rage.

Paquin has long been one of the most interesting actors around, notably acting Holly Hunter and Harvey Keitel off the screen at nine years old, but nothing prepared me for how good she is here: how committed and nuanced and lacking in vanity, carrying the weight of the film on her shoulders and never needing to be liked. It's an extraordinary performance at the centre of an extraordinary picture.

I'm seeing Lonergan's third film, Manchester by the Sea, at the London Film Festival next Sunday. (4) 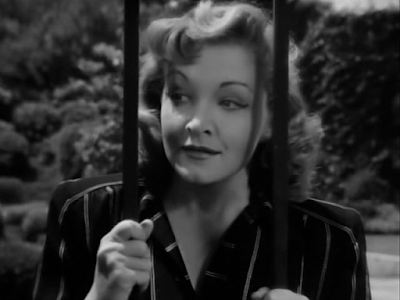 My Name Is Julia Ross (Joseph H. Lewis, 1945) − A sensational low-budget shocker from B-movie maestro Joseph H. Lewis, who regarded this as the beginning of his career, 10 years in. Nina Foch is the title character, who applies for a job as a secretary and gets rather more than she bargained for, but I'll say nothing else of the plot − it's best to go in blind. Lewis serves up 64 minutes of mystery, mayhem and nerve-shredding tension, circumventing the shortcomings of his script and cast through restless invention, and elevating a cracking but trashy premise to high art. That climax has to be seen to be believed. (3.5) 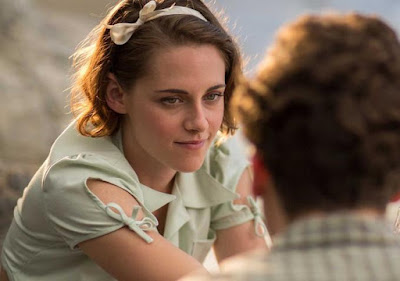 CINEMA: Café Society (Woody Allen, 2016) − Woody's latest follows his familiar formula to a tee, as naïve nebbish Jesse Eisenberg moves to Hollywood in the 1930s to get a job with his uncle, super-agent Phil Stein (Steve Carell), and falls in love with secretary Kristen Stewart, who's already seeing someone else. From then on, it's affairs, one-liners and hyperbolic exasperation, as well as some excellent character development once the story moves to New York and skips forward some years at the halfway point. When Allen breaks midway to do something ambitious and different, it's usually a sign that he's motoring, as in his melancholy masterpiece, The Purple Rose of Cairo.

Café Society has attracted some raves, a poster quote from my favourite current reviewer, Robbie Collin, declaring that it "fizzes like vintage Woody Allen". For me it doesn't: it starts poorly and wrings nothing of value from its '30s Hollywood setting, simply naming stars in lieu of satirising, paying homage, or trading on Golden Age gold dust. But then it does begin to cast a spell, helped by nice work from Eisenberg, Blake Lively and particularly Stewart − who's beguiling − saves most of its better jokes for the second half, and socks you in the solar plexus with an extremely beautiful ending that's as powerful as any Allen dreamt up in his '80s heyday.

The part that most excited me − a guided tour of '30s Hollywood −fizzes merely like cava from Aldi, but as with his 2014 film, Magic in the Moonlight, it simply takes a while for the octogenarian Allen to warm up; once he does, he can still deliver, as his disastrous decade of chronic misfires recedes further into the past. (2.5)

See also: Allen's previous film, Irrational Man, pissed me off so much that I wrote a small book about it. I'd kind of forgotten it existed, and am now cross again that it does. 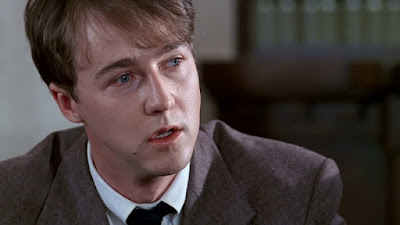 Primal Fear (Gregory Hoblit, 1996) − A shlocky, overlong courtroom thriller with a decidedly outdated understanding of mental illness, which gets an almighty shot in the arm from Edward Norton, who's absolutely dynamic in his debut (and breakthrough) role as a damaged, apparently ineffectual kid who might have just hacked a priest to death. His scenes with Richard Gere may be the most one-sided acting tussle since Bette Davis was paired with George Brent. (2) 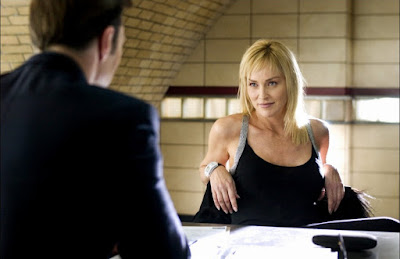 Basic Instinct 2 (Michael Caton-Jones, 2006) − This antiseptic sequel to one of the '90s most notorious (and enjoyable) movies is silly, inappropriately British and about as sexy as buying Anusol at Boots, with a melty-looking Sharon Stone spouting risible innuendo as she ties increasingly brutish psychoanalyst David Morrissey around her melty finger. The did-she-or-didn't-she intrigue is gone, the one-liners are as sharp as a spoon and her first victim is Stan Collymore (yes really), but damn it if this isn't actually rather good fun. Morrissey and an inexplicably Welsh David Thewlis, looking like Mr Weasley, take it far more seriously than it deserves, the plot is half-decent, ending up just where you want it to, and watching Stone is bizarrely fascinating, if not always rewarding. Exactly what I was in the mood for as a heavy cold reached its zenith. (2) 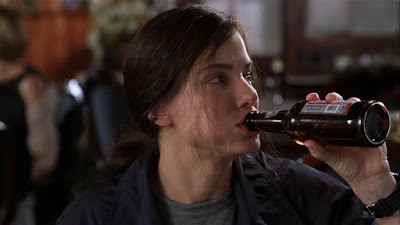 Miss Congeniality (Donald Petrie, 2000) − A thin, laboured comedy that ticks every chick flick box but just about scrapes through on the strength of Bullock's likeability and talent. Caine does what he can with a poorly-written part as her perfectionist mentor. (2)

Thanks for reading.
Posted by Rick Burin at 17:10