Hello. Here's the final part of my top 100 countdown, containing my favourite 25 films.

A film that changed my life. Truffaut's debut is a masterpiece on any terms, and was my gateway film to the joys of world cinema, and to cinema as a whole. Full review.

24. Libeled Lady (Jack Conway, 1936)
This is my ultimate comfort movie: I must have seen it 50 times. Aside from one broad slapstick set-piece, a dated Chinese valet and Tracy's competent but uninspired performance, everything works. Loy and Powell simply sparkle together - she at her most arch, warm and beautiful, he turning every line into a mellifluous wonder - while Harlow is in unmissable screwball overdrive, displaying what a truly superb comedian she'd become by this time. Snappily, imaginatively directed by Jack Conway, it's highly quotable, richly romantic and intensely, intensely funny. In fact, it's just about as good as movies get.

23. The Big Parade (King Vidor, 1925)
King Vidor's emotionally overpowering WWI film – of layabout aristo John Gilbert going off to fight in a fug of patriotism, falling in love with French farmgirl Renée Adorée, then finding that war is hell – was a critical and box-office sensation in 1925, and remains unsurpassed in the genre. With a lighthearted first half followed by a brutal second, it's a seamless whole formed of countless unforgettable vignettes, its knockabout comedy and beguiling romance giving way to taut, then horrific action sequences emphasising the brutal lottery of battle. Adorée learning to chew gum; Gilbert arsing about with a barrel on his head, then later sharing a shellhole with the dying German he's just shot; that astonishing ending – its classic scenes are legion, each blessed by an astounding visual poetry. Best of all is the lovers' devastating farewell, one of my favourite scenes in movies, in which a departing Gilbert – finally prised from Adorée's grip – flings his treasured possessions at her from the back of a truck. Finding that he has nothing else of value to throw, he takes off a boot, and chucks that instead. She cradles it in her arms, before collapsing on the road, alone. She's great, as the sexy, pure-hearted, then bereft love interest. And Gilbert's excellent too: this is Exhibit A for the case that his damaged reputation is ill-deserved. The Big Parade made a star out of him, and made the career of Vidor, who would create another contender for 'finest film of the silent era' – The Crowd – and then the first great American talkie (and singie), Hallelujah!

"For the animals that didn’t have a daddy to put them on the boat, the end of the world already happened. They’re down below, trying to breathe through water." What a stunning, dreamlike film this is, and what a beautiful, credible and unique performance lies at its centre, courtesy of the then six-year-old Quvenzhané Wallis, whose Hushpuppy is one of the great characters of recent decades. More here.

Like nothing else ever seen in American romantic-comedy. Review.

18. It’s a Wonderful Life (Frank Capra, 1946)
Sometimes you rage against the cinematic canon, and sometimes you realise it's just dead right. Capra's best, Stewart's best, Goodrich and Hackett's best. Just about perfection, and a film that celebrates at once individuality and communality. You have to go through so much pain for the ending, and it's worth it every time. See you at Christmas.

17. How Green Was My Valley (John Ford, 1941)
John Ford's much-maligned film about Welsh miners beat Citizen Kane to the Best Picture Oscar, and rightly so. The opening passage *is* cinema, though only the version of it that we got, the US release doesn't compare.

Everything Gaynor does is remarkable on one level or another. Review.

14. The Searchers (John Ford, 1956)
The best opening and closing shots in cinema, and what's in between isn't bad either. By my all-time favourite director, and the highest-placed of four John Ford films in this list. I wrote 4,000 words on it here.

"No. I'm nobody's little weasel." A wise, warm, whimsical piece of perfection, blessed with an unparalleled Parisian atmosphere and centred on a performance of uncommon brilliance. Review.

11. The Dead (John Huston, 1987)
Oh man, that ending. A dying John Huston took the greatest short story ever written and made a film every bit as good - and perhaps even better. 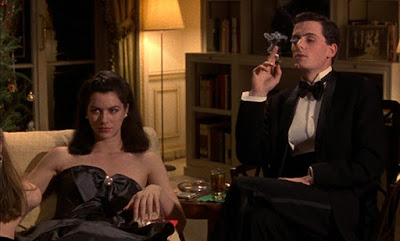 Stillman's unique worldview powers this astonishingly clever, literate and moving rom-com about a working class Fourierist seduced by the aristocratic set he happens upon. Chris Eigeman's Nick is the funniest character in the history of movies.

9. Major Barbara (Gabriel Pascal, 1941)
"Did you believe that I was a deserter? That I, who have stood in the streets, and taken my people to my heart, and talked of the holiest and greatest things with them, could ever turn back and chatter foolishly to fashionable people about nothing in a drawing room?" A beautiful, enrapturing performance from the incomparable Wendy Hiller: the perfect, compassionate, warm and beating heart of a satirical, often cynical Bernard Shaw gabfest that cocks a snook at temperance, the Sally Army and those who see nobility in poverty. Many words here.

8. Cinema Paradiso (Giuseppe Tornatore, 1988/2002)
This film isn't perfect but it means so much to me for innumerable reasons. Morricone's score, Tornatore's evocation of Sicily and the magic of movies, and two of my favourite performances of all time (from the young and old Totos) are some (but not all) of them. The film that everyone knows is the 1989 'International Version', but the troubling, more jaundiced 2002 Director's Cut is even better (if markedly less escapist). Review here. 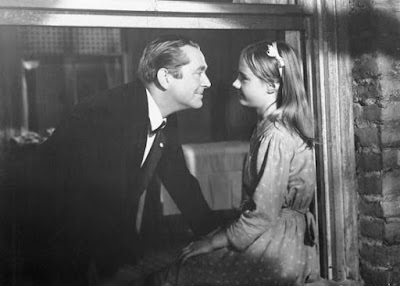 James Dunn towers above all as the twinkly-eyed Irish charmer beset by guilt and self-loathing: the definitive cinematic pipe dreamer. Review.

6. The Student Prince in Old Heidelberg (Ernst Lubitsch, 1927)
"It must be wonderful to be a prince," muses one of the town kids, studying a portrait of the student prince (Novarro). On this evidence, not so much, but then isn't life just about enjoying those perfect moments when they come? This film has more than almost any other. More here. 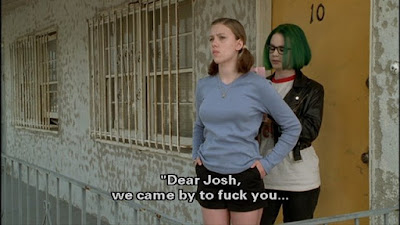 3. Hoop Dreams (Steve James, 1994)
You won't forget this documentary in a hurry: four years (and three hours) in the company of two teenage basketball players from inner-city Illinois who dream of the big-time, seeing the NBA as their ticket out of poverty. Shocking, exhilarating and heartbreaking, with astonishing twists of fate, it's a virtuosic, unforgettable film that has as much to say about life itself than any other movie I've ever seen.

2. Les enfants du paradis (Marcel Carne, 1945)
The towering achievement of French cinema: a portrait of a vanished world, a hymn to the art of acting and an allegory about Free France, boasting three of the finest performances ever committed to celluloid. Carné's handling is breathtaking, Prevert's script is clever, witty and worldly-wise and the timeless story seems to grow in strength and resonance with each passing year. More here. 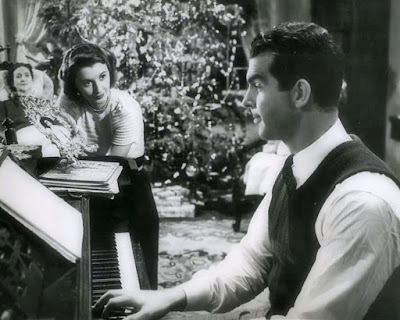 A witty, knockabout Preston Sturges comedy that slips gently into an extraordinarily powerful articulation of romantic love: romantic love as both the saviour of and ultimate threat to family, career and existence itself. Review.

Thanks for reading. A few dull stats:

Most represented director: John Ford (4)
Colour/black and white: 51/49
Silent films: 8
Musicals: 5
Documentaries: 1
Films in which Eddie Bracken is mistaken for a war hero: 1

And here's the list in pictoral format.
Posted by Rick Burin at 19:00