A few thoughts on a fascinating film. 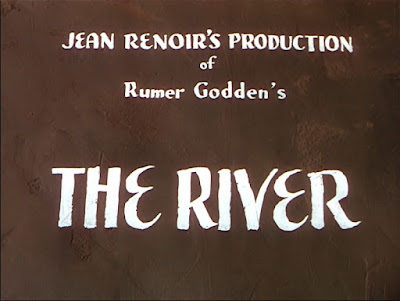 The River (Jean Renoir, 1951) – Shot entirely on location in India, this was Renoir's first film in colour and his favourite of his works; Scorsese called it, along with the The Red Shoes, "the most beautiful colour film ever made". Its making launched Satyajit Ray on his career, author Rumer Godden preferred it to the celebrated screen version of another of her stories – Black Narcissus – and it was the primary influence on Wes Anderson's The Darjeeling Limited, which lifted liberally from The River.

For all of those reasons, and having seen a couple of clips from the movie, I’d wanted to see it for years. And it's nearly great, even partly great, with its passages of visual poetry, its affecting vignettes, its painterly approach – as close as the director ever came to homaging his father, the great impressionist painter, Auguste. But it falls frustratingly short of consistent and total greatness, and I think that’s because of Renoir's standing at the time. 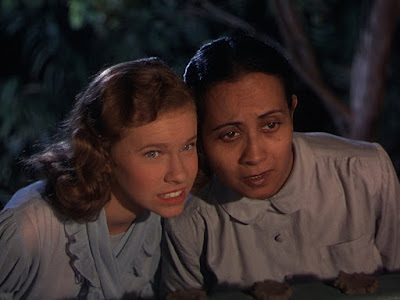 Patricia Walters (left) severely out of her depth in Renoir's exquisite film.

Sacked by RKO and out of favour in France (who saw his taking of American citizenship as a betrayal), he couldn't afford to bring first choice Marlon Brando out to play Captain John – the one-legged soldier who inflames the passions of three very different adolescents – and so this pivotal role was played by Thomas E. Breen, who could draw on his real-life experiences to play the part, having lost a leg in the war, but was unfortunately crap. The central character was also handed to a non-professional, Patricia Walters, whose realisation of the bookish innocent, Harriet, is stilted to the point of acute embarrassment. Everybody's. 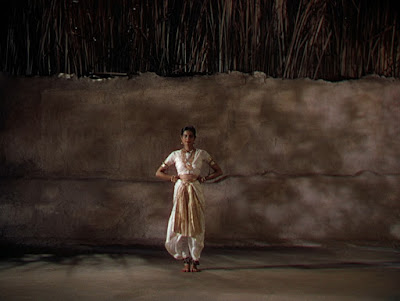 There's so much here that's staggeringly impressive, from Claude Renoir's vivid three-strip cinematography to the heartfelt, nuanced supporting performances from Nora Swinburne (as Harriet's mother) and Radha Burnier (playing the mixed-race teenager Melanie, singularly uncomfortable in her position between worlds), and a succession of outrageously impressive artistic decisions. That includes a fantastic, fantastical story-within-a-film featuring Burnier as a dancing goddess, Renoir's limited equipment (no dollies) forcing her to provide the shifting perspective in a way that makes it much more interesting and exciting.

Elsewhere, he presents a glorious montage of riverlife focusing on the multitude of banks of steps leading down to the water, while the director's decision to incorporate passages of rich Godden prose is an inspired one, with June Hillman's lyrical delivery enhancing the film's steady, backwards-looking mythos, charged with romance, poignancy and pain. Godden, who despised the studio-bound artificiality of Powell and Pressburger's erotic adaptation of Black Narcissus, was heavily involved on set, scripting, advising on shots and even incorporating a new character, Melanie, whose initial fate was dismissed by the observing Ray as "unrealistic and sentimental" and so junked. His involvement with the film was actually less than often suggested, though - he had no official role and only attended the set on weekends (due to a day job in advertising), and when he finally saw the finished film more than 15 years later, he declared that there was very little of value, except background colour and a climactic scene concerning Harriet. (Certainly there are many who've lambasted the film for presenting a 'colonial' view of India but, y'know, India was a colony and the book is based on a story by an Englishwoman who lived there, so...) 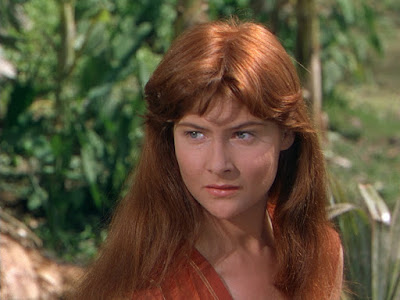 I'm in a big Renoir phase at the moment. I feel a great personal connection to his films, particularly the understated humanity he captures in grace notes and vignettes, and this film's preoccupation with the loss of innocence is something that really speaks to me. The atmosphere, layered with beguiling imagery and diegetic Indian music; the gentle rhythms; the unexpected, imaginatively-devised set-pieces; the adorable little kid, Bogey; Adrienne Corri's tantalising characterisation as the cruel, flirtatious, insecure Valerie; Arthur Shields' brilliant monologue near the close (which is cut oddly short - shades of Ray Collins in Welles' butchered Ambersons); its circular ruminations on death and rebirth – The River slowly casts a spell on you.

But that spell is rudely interrupted at regular intervals by the nondescript Breen (who reminds me of abysmal Hollywood comedian Red Skelton) and the horribly miscast Walters. Either Renoir had Truffaut's problem of not being able to tell when an English-speaking actor was giving a bad performance, or he didn't have the resources to do anything about it. The film, after all, was being bankrolled by a florist. The severe problems in performance are also accompanied by a few instances of bizarrely functional staging amidst the majesty, reminding me of film historian Joseph McBride's complaint that director Mervyn LeRoy, after taking over Mister Roberts from John Ford, essentially just made the cast stand in a line. 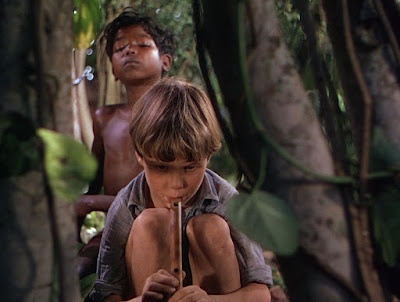 For all its brilliance, then, Renoir's favourite of his own works isn't mine, though I defy anyone not to find moments of greatness within it. (3.5)

Thanks for reading. Two of my favourite Renoir films are reviewed elsewhere on the site: Partie de campagne (which is also in Part 1 of my all-time top 100) and French Cancan.
Posted by Rick Burin at 17:37