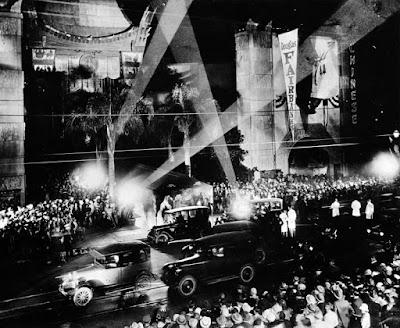 I love movies. The film bug got me when I was 13. I was nursing a knee injury and looking for something to do that didn't involve playing football. I saw Star Wars, then not long afterwards On the Waterfront and Les 400 Coups, and that was that. Since then, my obsessions have moved from method-ish tough guys like Brando, John Garfield and Jean Gabin (and the juvenile delinquent poster boys such as Jean-Pierre Leaud), through the Empire, Leonard Maltin and Cahiers canons, to the current state of affairs, a heady, happy place where I can watch anything, enjoy the connections between everything, and mine whatever I like, lauding unheralded celluloid heroes like Lillian Gish and Jack Conway, trumpeting B-movie mystery-comedies from the 1940s (a constant and total favourite) and arguing the case for maligned or barely seen movies, whether it's MGM's "chocolate box" Little Women, Bernard Shaw's miraculous Major Barbara, or astounding arthouse movies such as The DreamLife of Angels and Seraphine.

As a massive nerd, I've always been an obsessive list-maker, as well as a journalist and writer, so I can tell you how many feature films I've seen (4,137), which ones I've seen on the big screen, and what the best movie I saw in 2011 was (Ghost World, again). Now and then I'll put together a list of my favourite movies. I have far more than a hundred favourites, but it's a fun game to play and hopefully representative of what I love about cinema: its ability to transport and transform, and its use as a crutch, a time machine and a tool for social change, in the best and worst senses of all those ideas. I created a new list this week (looking at the last top 100 I compiled, at the end of 2014, I've swapped out a quarter of the hundred), so I thought I'd share it with you here. Numbers 100-76 are below, with the others coming up soon. Did I mention that I love movies?

Woo's A Better Tomorrow had as good a plot, and his Hard Boiled matched this one for action, but The Killer was by far the director's most effective marriage of the two, as noble hitman Chow Yun-Fat attempts to pay back the innocent woman caught in the crossfire, bringing him into conflict - and then partnership - with cop Danny Lee. It's full of breathtaking shoot-outs (yes of course with doves) and effective reflection, transcending its pulpy origins to become the definitive modern action film.

98. Inside Llewyn Davis (Joel Coen, 2013)
Unusually and arrestingly affecting. Perhaps my relationship with the Coens could yet blossom. Full review.

97. Forbidden Games (Rene Clement, 1952)
Its high points are so high, its view of childhood so arresting and deftly realised, that poorly-framed interiors and a handful of duff scenes seem a little beside the point. Full review.

96. Brigadoon (Vincente Minnelli, 1954)
Is it better than Singin' in the Rain? Well, no, but this is 'favourites', not 'best'. Enrapturing and deeply moving, with an ending that destroys and exalts me every time. Watch 'The Heather on the Hill' here. 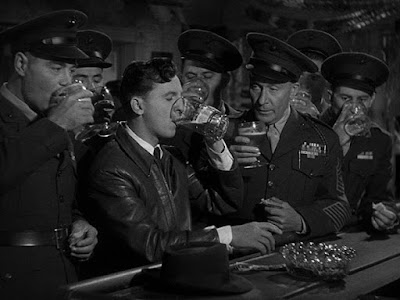 Perhaps the best of Sturges' immortal satires, though they're all pretty special. He coached star Eddie Bracken intensely on both this and The Miracle of Morgan's Creek, and the results are astonishing.

93. Born Yesterday (George Cukor, 1950)
A dazzling film, containing one of the three or four best female performances in American cinema in the shape of Judy Holliday's endearing, eye-wateringly hilarious Billie Dawn. Born Yesterday is a flawless metaphor about the working classes and the emancipating power of knowledge posing as an utterly delightful romantic comedy. Full review.

92. The Iceman Cometh (John Frankenheimer, 1973)
One of the great casts brings to life one of the great plays. I love the 1960 TV version with Jason Robards (who did more than anyone to reinvigorate interest in the work), and he's a better Hickey than Lee Marvin, but screen titans Robert Ryan and Fredric March are in sensational form.

91. Once Upon a Time in America (Sergio Leone, 1984)
Appallingly and sickeningly misogynistic, but that opening 40 is like nothing else I've ever seen, an astounding meditation on the impermanence of memory and the fatal allure of the past. I was obsessed with watching the film as a teenager, and completely overwhelmed by it when I did. 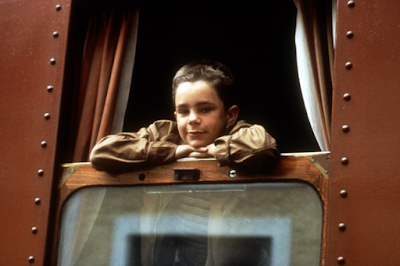 "This movie, directed and largely written by Lasse Hallström and released in 1985, when he was thirty-nine and I was sixty-three, made me like life and human beings much more than I had ever done before. Quite a favour!” - Kurt Vonnegut

89. A Place in the Sun (George Stevens, 1951)
Chaplin said this was the best movie ever made about America, and who am I to disagree? The pre-crash Monty Clift was surely the handsomest man ever to have lived.

88. Hannah and Her Sisters (Woody Allen, 1986)
Probably Woody's best movie, though I have another of his films higher up since I watch it the most. Review.

87.Chinatown (Roman Polanski, 1974)
It's a shame I can't watch this any more because I hate Polanski so much (though I can watch Woody Allen films, apparently). Still, I know the script off by heart, so perhaps I can just say it to myself. In some ways it's the ultimate '70s movie, a paranoid howl of despair that explodes genre convention, but it's also a gorgeous homage to the '40s, full of the most extraordinary Robert Towne dialogue.

86. The Lone Wolf Spy Hunt (Peter Godfrey, 1939)
Probably my favourite studio-era B-movie, though Confessions of Boston Blackie and The Saint in New York are up there too. A mixture of thriller tropes and screwball comedy, with Ida Lupino in incredible form as PI Warren William's dizzy new girlfriend, and Rita Hayworth as the femme fatale, just months from Only Angels Have Wings. 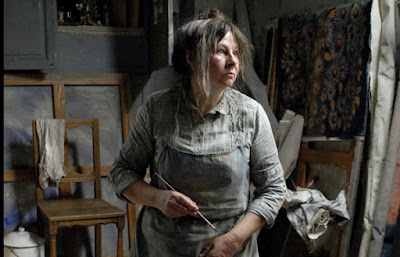 It’s such a different sort of movie: spiritually profound, quietly sincere, unusually yet perfectly-paced: not rushing to introduce its obscure, anti-social heroine, taking her faith seriously, and finding both humour and poignancy in her singularity and complete lack of interest in societal niceties or norms. Full review.

84. Frances Ha (Noah Baumbach, 2013)
A plotless ramble through the life of a 27-year-old dancer - who encounters assorted epiphanies and disappointments - shot like Woody's Manhattan or À bout de souffle, scripted with a nod to Whit Stillman and emanating its writer-director's usual good-natured angst, uncertainty about contemporary life and warm-hearted, off-kilter sentimentality. Full review.

82. The Little Foxes (William Wyler, 1941)
Writer Lillian Hellman’s vision of America – imagined by Gregg Toland, enlivened by a killer ensemble, given order by the gifted Wyler – is far darker than anyone could have expected, the blanched Davis poisoned by greed, leaving goodness, humanity and virtue all gasping for breath. Full review.

81. Pulp Fiction (Quentin Tarantino, 1994)
This film is just so, so good. More than 20 years on, the freshness and effortlessness of it all is still astounding. Its vernacular. Its spiky, absurdist humour. Its moments of heart. Those long, wordless takes. The diner. The toaster. The watch up Walken’s ass. The legion of stylised lines that never feel mannered or forced. Actors like Samuel L. Jackson, Travolta and Uma Thurman producing performances from nowhere that continue to reward and astound. QT hasn’t done anything comparable since. Nowadays I will him to succeed – and with Django he did – but there was a brief time when all you could do was watch in slack-jawed amazement as he created dizzying, dazzling films that re-wrote the rules of genre cinema. 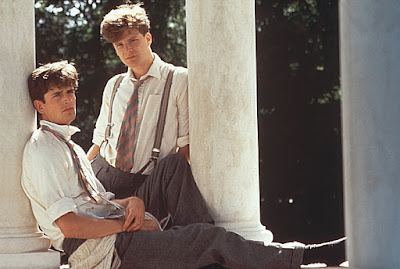 78. The Friends of Eddie Coyle (Peter Yates, 1973)
"This is real life. But with better dialogue." Full review.

76. Sunrise: A Song of Two Humans (F. W. Murnau, 1927)
Perhaps the most famous silent film of all, and one of the best, equipped with an emotional tractor beam too often absent from Murnau’s eye-wideningly inventive works. Full review.

Thanks for reading. The other 75 are coming up soon, here's the list so far: 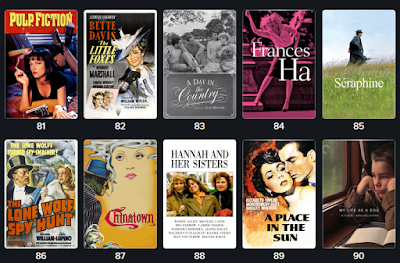 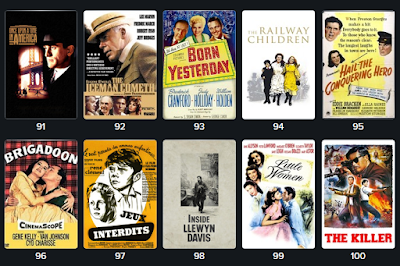