REVIEW: Exhibitionism at the Saatchi Gallery 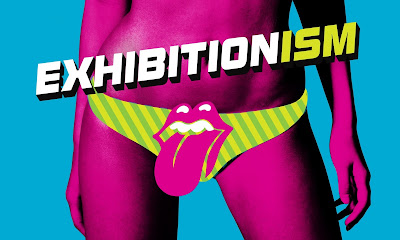 Exhibitionism (Saatchi Gallery) – This huge Rolling Stones exhibition is invigorating and infuriating in equal measure, much like the band themselves. There were things I loved: like the ‘60s jackets that defined their changing modes and moods, and reflected the way that they were fed – and later led – the culture that surrounded them. I’ve been weirdly fascinated (and revolted) by the filthy bedsit that they shared in the early days, since I read about it in a tawdry Jagger biog as a 10-year-old, so walking through a slightly sanitised but very authentic seeming replica in order to get from a multi-screen, 50-year history to a room of sixties’ memorabilia was a treat that immersed me in that world. Those sorts of experiences – low-rent time travel by any other name – are what make this sort of exhibition so worthwhile and special, and another room (prior to a climactic 3D extravaganza) did a similar thing, putting us backstage at a mammoth Stones show, amidst the paraphernalia of the band’s everyday life on the road.

Where Exhibitionism falls down, though, is in its failure to articulate why the band matter, other than as a pop cultural phenomenon, and perhaps that’s because a) Saatchi has no interest in depicting the socio-political importance of a band initially bound so tightly to the counterculture and, b) they don’t stand for anything, apart from making money. They’re defined by their popularisation of the blues and their contribution to the permissive society, but taken as a whole, their career is a microcosm of the promise of the ‘60s and where that promise ultimately took us. Perhaps they were just a part-painted canvas on which you could project your own desires, and certainly they lacked the overt political radicalism that marks (if dates) so many of their contemporaries, but more than any other band they represent the way that the counterculture was, and is, subsumed by the Establishment, and the greed that replaces genuine artistic endeavour.

Anyone who saw the Stones as a beacon of light in a world of drab conformity is justified in feeling a bit betrayed by the cash cow that they have become (a pack of tour posters – sorry, “limited edition lithographs” in the gift shop is £225, there are silk Rolling Stones pyjamas for almost twice that). You might ask how a young rebel grows old, something I’m defensive about whenever John Lydon gets a bad press, but there are other ways than espousing Tory politics while creaming money off the people who put you where you are (still, that generation voted Brexit and got a serious hard-on for wars abroad, so...). For all that, Jagger remains a completely fascinating figure to me: such a baffling combination of a vital, borderline genius and a preening, out-of-touch embarrassment. Like Cristiano Ronaldo. 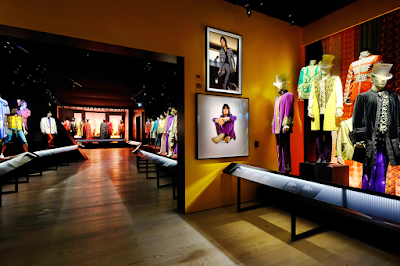 Another odd thing about the exhibition is how little emphasis it places on the music. I heard perhaps seven Stones songs during the two hours I was there, and most of those were just fragments. One could argue that you would have to already be well-versed in their music in order to make the trip, but it keeps you oddly alienated from the band you’re celebrating and their supposed raison d’etre; a handful of rare or unreleased tracks or takes piped into rooms showcasing graphic design and stage sets would have given you a conspiratorial connection to the group. One of the most enjoyable elements is one of the few exhibits actually about music: a box with faders that allows you to re-tool 90-second clips of Stones classics like Angie and Sympathy for the Devil (live), by tinkering with the lead vocal, back-up vocal, lead guitar, rhythm guitar, bass, drum and brass levels. It’s such a simple idea and such a great marriage of innovation, education and make-believe.

There are some other lovely flourishes too: a room that’s a treasure trove of miscellany, from props used in the Get Yer Ya Ya’s Out shoot to the toy drum and cheapo cassette recorder used to record Street Fighting Man, complete with a cracking explanation of the process and a listening post where you can hear the original basic track in all its make-do-and-mend lo-fi majesty. There’s the chance to read the Stones’ Q&As for a fanclub mag – Brian Jones likes “boating”, Jagger lists his interests as “girls, eating, clothes” and has his answers to eye colour (“blue”, with "brown” crossed out) and instrument (“maracas” replaced by “harmonica”, which he then started learning) edited, presumably by a press agent – and at one point Mick and Keith’s versions of how they met are laid out side by side, painted on slats coming down from the ceiling. But while the determination of the rooms is deftly done – one room on film, another on style, a third on instruments, a fourth on their studio work – there’s no real hierarchy relating to the quality of their output. You’d be hard pushed to find anyone who doesn’t think they did their best work between 1968 and ’72, and yet there’s as much prominence given to the Steel Wheels tour in 1989 than there is to a seminal record like Sticky Fingers. At one point the decision to position and sell phenomenal numbers of extra seats behind the stage is framed not as a money-making venture but as Jagger’s tribute to the design of Shakespeare’s Globe.

I suppose really it’s fitting: an exhibition that treats the Stones not as a band but a brand, where the stage design, the ticket sales and the profit-margin are more important than the music. And the message? Well that doesn’t exist, if it ever did. As a multi-faceted, multimedia extravaganza, stuffed with multiple rare artefacts, it’s in many ways a treat, but for anyone still clinging vainly to the promise of the ‘60s, it’s also a lesson in where the counterculture ends up: flogging you branded silk pyjamas for £400 a pop. (3/4) 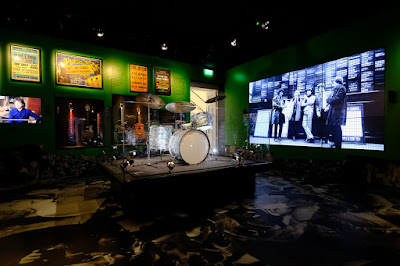