Amanda Knox, The Jinx and Bridget on Brexit – Reviews #246

A few things I've seen over the last couple of weeks. 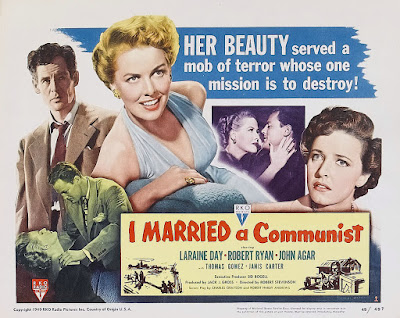 I Married a Communist (Robert Stevenson, 1949) – If you’re interested in the history of Hollywood, then this is essential viewing: a movie released at the height of the communist witchhunt, which slips the commies seamlessly (and stupidly) into a standard crime melodrama template. And who else would have made it – at least like this – but red-baiting RKO studio chief Howard Hughes, his rationality thrown to the wind by three too many plane crashes.

Robert Ryan, whose presence is as dispiriting proof as any that prominent liberals were complicit in this dark chapter of American history, stars as the VP of a shipping line who’s targeted by his former comrades in the party, who like nothing better than seducing vulnerable young men and throwing older ones in the river.

It’s clear that the screenwriters either don’t want to expose the public to leftist ideas, don’t want to risk boring their audience with ideology or don’t know what communism is, as the sequences of indoctrinated worker John Agar making speeches at union meetings are done as a wordless montage (!), and the whole exercise is really extremely silly (compounded by Laraine Day’s terrible performance as Ryan’s concerned wife)… but there’s something about the movie that kept me enthralled. 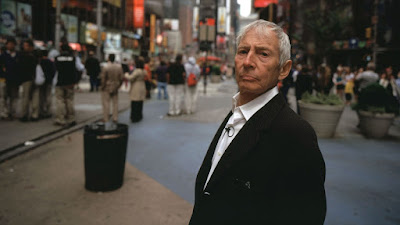 The Jinx (Andrew Jarecki, 2015) – Capturing the Friedmans director Andrew Jarecki explores the life (and possible crimes) of real estate scion and suspected triple murderer Robert Durst, in this six-part HBO mini-series. It starts uncertainly, unnecessarily padding its run time and becoming frequently entangled in an unnecessarily complicated structure, but by the straightforward, utterly gripping Episode 4 (surely no coincidence) – based around a murder trial – it's really motoring, and the final two episodes are outstanding, some long-winded making-of elements compensated for by the sheer scale of the subsequent revelations.

I remember, when training as a journalist, my class being given reams of paperwork about an ongoing murder investigation. We spent a good half hour searching dedicatedly for the truth, before our trainer helpfully pointed out that we were journalists. "I'm not expecting you to solve the case," he said witheringly, "you just have to write a news piece about it."

We did, but it wasn't nearly as satisfying. And that's where The Jinx comes into its own. It's perhaps less effective as a creative exercise than either Serial or Making a Murderer, and yet unlike those retrospective pieces it actually moves the story along, and – incredibly – manages to solve the case. While there are serious questions to answer about the documentary's own timeline and its commitment to entertainment over, say, morality, the final 15 seconds are as extraordinary as anything I've ever seen on TV.

See if you can spot the almost imperceptible 'tell' that Robert Durst does when he might be telling an untruth. Lol. (3.5) 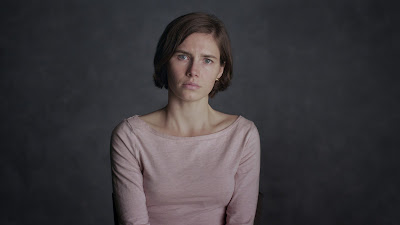 Amanda Knox (Rod Blackhurst and Brian McGinn, 2016) – The Amanda Knox story done Making a Murderer-style: though the teaser trailers and the opening monologue play with the idea of her possible guilt, this Netflix Original is a single-sided polemic aimed at clearing her name. Which has, of course, already been cleared by the Italian Supreme Court, so fair enough.

This film does a fine job of undermining the case against her and underlining the media feeding frenzy that assisted it, by letting tabloid sleazeball Nick Pisa and mad prosecutor Giuliano Mignini speak for themselves, and then elegantly slicing their testimony into finest fillets of unapologetically self-serving bullshit and dangerous, errant nonsense. Among Mignini's more outlandish pieces of deduction (and there are several) is that when he accused Knox of murder she put her hands over her ears because she was reliving the screams of her victim. Pisa is just an unmitigated arsehole, who either didn't know or didn't care what normal, empathetic people would make of his contributions. It takes something to be the most appalling person in a documentary about a murder, when you were just there to report on it, so well done to him. 'Nick Pisa-shit', am-I-right?!

Speaking about the case, and glimpsed in incredibly eerie home videos shot just before her trip to Italy, Knox is so appealing and so pretty that you can't help but hope that she's innocent (shallow, I know), and certainly there's no smoking gun included, though her decision to try to pin the murder of English student Meredith Kercher on her own boss was, at best, astonishingly selfish. Her then boyfriend and co-defendant Raffaele, meanwhile, is just an adorable bundle of cute, with his broken English and wide open face and, oh yeah, four years spent in prison for murder. Whoops.

This isn't the best true crime work you'll ever see, but it's professionally put together, and weirdly entertaining for a film that's about what it's about. It somewhat skids about on the surface rather than providing the depth of research or emotion that would blow you away, but for its multi-faceted approach and its access - if not its intimacy - it's well worth seeing.

So did Knox do it? Probably not. There definitely isn't enough credible evidence to say anything stronger against her: the most damaging piece is that Raffaele told the police that her alibi was false, but then he was under unfathomable pressure, the adorable bastard. (3)

Spiral: Season 4 (2012) – "Précédemment dans Engrenages..." This knockout fourth season of the French crime series is for the most part a return to realism after the silliness of the previous run, with Laure and co investigating both left-wing bombers and Kurdish paramilitaries. And while it never comes close to Season 2 – a devilishly intense, tightly-coiled beast of an eight-parter – it's the second-best series of shows that Spiral has offered, with Tintin given more to do than ever before, and a final episode that offers everything you could want, and then some. It's hard to recall a show with so many great recurring characters, the programme's nuanced view of its heroes and effortless way of manipulating our sympathies - either gradually or via short, sharp shocks - creating a litany of special moments that jar your emotions as they pull the rug out from under you. A dark, nauseatingly suspenseful joy. (3.5) 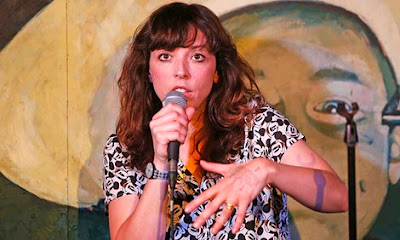 Bridget Christie: Because You Demanded It (Leicester Square Theatre, 20 October 2016) – This new show from my absolute favourite stand-up is very good, but with a few obvious flaws. Christie's delivery is rarely utterly seamless, but at the Leicester Square Theatre on Thursday she stumbled over her words at least a dozen times and at others seemed to be almost reciting by rote: of course that's mostly what stand-up is, but the illusion of it just having occurred to the performer is central to its success. And while the material has some dizzying peaks (including one masterfully contextualised routine in which she argues that "A paedophile who voted for Remain is better than a non-paedophile who voted Leave"), it has just a handful of small additions to the show that premiered at the Edinburgh Festival a couple of months ago.

Since it's essentially a show about Brexit − set up with the premise that we all need a break, so the show will be about gardening, bringing her on to thoughts about foreign and indigenous plants − that's problematic. The news, particularly this news, is moving so fast that you could conceivably write five minutes of great new material every day, but then quantity was never Christie's strongpoint: while in her award-winning purple patch, she was essentially repurposing the same material across different mediums: radio, interviews, shows and even a (completely delightful) book. All of which makes it sounds like I didn't like enjoy the show, which I absolutely did.

My problem (well, one of my many problems) is that I wanted the things I like to be things I can love: I want Thea Gilmore to stop writing two songs an album about how you'll never be able to stop her from speaking out, and actually just speak out: as far as I'm aware, she's only ever written one real protest song, and that was 10 years ago. Christie can be staggeringly incisive, is superb at mining the humour from almost impossible sources (women's rights, feminism, FGM, an 80-year-old man falling down a lift shaft) and is better at building a routine than just about anyone I've ever seen, as evidenced by the brilliant (if familiar) story of the Daily Mail printing a photograph of her, believing it to be Charles II.

The material frequently spears the ludicrousness of racism, the decision to hold the EU referendum in the first place, and our decision to vote to punch ourselves in the face − and there's a brilliant bit about a short, fat, sweaty bald man propositioning her in a hotel lift − before a climactic piece of unexpected (and unexpectedly sublime) physical comedy, but the show doesn't quite deliver on the promise of the premise (Bridget Does Brexit), due to some uncertain delivery and the fact that, even in just two months, the story has rather moved on. (3)

Thanks for reading.
Posted by Rick Burin at 12:48