Fathers and daughters at the BFI – Reviews #243

A double-bill of emotionally devastating films on the big screen. The best way to spend a Sunday. 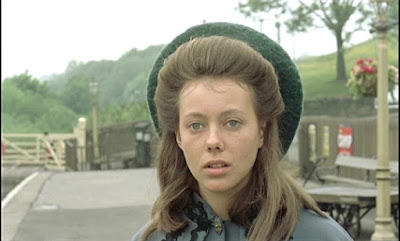 CINEMA: The Railway Children (Lionel Jeffries, 1970) − I watch this every couple of years and am crudely reacquainted with the fact that it's a film: a finite, flawed film with broad, dated comedy interludes, a few wooden line readings and the nagging sense that its sensibility is unfashionably white and middle-class.

The rest of the time it exists in my mind as a collection of moments, almost as real as my own memories, and as precious as anything that cinema has given to me: the birthday party, the kids in the long grass, the red flags made of petticoats, handkerchiefs waving from the open train windows, and Agutter on the platform as a figure appears amidst the clearing steam.

She's frequently perfect, Bernard Cribbins is spot-on as the poor, proud station porter Perks, and the music, the location photography and Lionel Jeffries' thoughtful, frequently inspired direction make this the definitive version of the story, surpassing even E. Nesbit's source novel. The film exists, then, and you should see it, but to me it's more than that, much more. (4)

Not really spoilers in this next write-up, but I'd recommend watching it before reading any reviews: 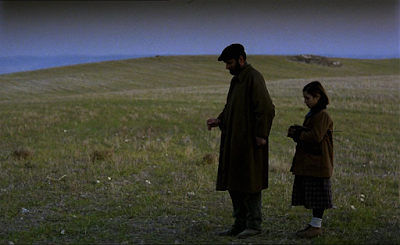 CINEMA: El Sur (Victor Erice, 1983) − A completely overpowering movie from Spirit of the Beehive director Victor Erice, about a young girl in northern Spain who loses her innocence as she begins to observe and understand her complex, haunted father. 'El Sur' (The South) is the place he left and never returned to, somewhere in his mind the Civil War guns still firing.

Slow, painterly, often wordless and with the overt quality of memory (the effect is of Beehive crossed with Terence Davies's Distant Voices and The Long Day Closes), it is at once enigmatic and confrontational, telling us universal truths about growing up, but wrapping them in a narrative that begins in obscurity before lifting the veil just enough, as the intense, wide-eyed eight-year-old Estrella (Sonsoles Aranguren) gives way to her 15-year-old self (Icíar Bollaín), a smile never far from the surface, even if she is entirely alone.

I found this bucolic, melancholy film both exquisitely beautiful and utterly heartbreaking. Two hours after it finished, I still feel destroyed. El Sur says something profound about the way we idolise our parents, and how we never really recover from finding out that they're imperfect. Though Erice intended the movie to run more than three hours, it's perfect in this form, ending on a note of quiet revelation without tramelling us under the literal truth.

There are so many things to love and admire. The detachment and relentless, unpleasant repetition of the opening. The unsentimental, multi-layered characterisation that evades simple categorisation. The dream-like vignettes we encounter and experience as we wander through Estrella's memories: a motorbike ride capturing a father-daughter idyll; the Electra complex evoked via a discarded communion veil; a pan up the front of an art deco cinema and through the glass, Citizen Kane-style, to the screening inside; the simple horror of a kid seeing her father incapacitated by drink, trying repeatedly and pathetically to light a cigarette: vivid flashbacks of James Dunn in A Tree Grows in Brooklyn.

I saw the film at the BFI immediately after the re-run of The Railway Children. Both are movies about a young girl in the countryside who idolises her big, dark bearded father, but whereas there she worked tirelessly to clear his name, here she turns detective to try to understand his true self, even though she knows that what she finds will destroy her. There, growing up is about autonomy, self-sufficiency and understanding adult relationships; here it's about having your illusions shattered.

Spirit of the Beehive is half the greatest film I've ever seen - the half about the kids searching for Frankenstein's Monster - but it's dragged down by the disconnected, aloof sequences with the adults. Here, it's all meshed effortlessly and the effect is overwhelming, perhaps even a little too much for my comfort. (4)

Thanks for reading.
Posted by Rick Burin at 14:27