Basia Bulat, The Entertainer and a voice you could write a book about − Reviews #241 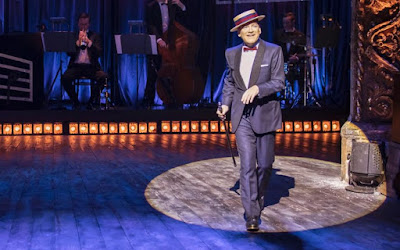 The Entertainer (Garrick Theatre) − It makes sense that Kenneth Branagh would close his first season at the Garrick with this: a play synonymous with his hero, Laurence Olivier. Branagh is Archie Rice, the unhappy, dissolute and past-it music-hall star Archie Rice, whose fey, innuendo-laced stylings are playing to dwindling audiences in '50s Yorkshire.

John Osbourne's play is very much of its time, but director Rob Ashford does well to mine it for its modern relevancies: patriotism, racism and the pathos of an artform on its last legs, and plays Archie as a slight, sad figure, his bags of charisma obscuring a complete lack of moral character, or really any substance at all. He's fast, erudite and fills a room (if not a concert hall) with his bravado, and his rants are more lost than vitriolic. It's a reading of the character that convinces but doesn't always lend itself to emotional dynamism, and that's problematic in a play that has some serious longueurs. On a more prosaic note, I remember reading years ago that Branagh doesn't work himself up into a teary state, but aims for the same effect through simple acting shorthand, and that synthetic approach leaves me feeling rather detached and cheated.

After a stunningly modern opening that sees a silhouetted Branagh slowly tapdancing with his back to the audience, as he's joined by four young chorus girls, we're largely trapped in a room with his family. The first dialogue scene, with Branagh's daughter (Downton Abbey's Sophie McShera) and his father (Gawn Grainger) goes on forever and has little to offer but vast swathes of unpopulated space and an oppressive mundanity. As Greta Scacchi enters as Archie's wife, Phoebe, and the star breaks off for music hall routines pitched perfectly between the dated and the devilishly good, it does begin to work up some momentum, but the first half never really hits its stride until the final seconds.

Once that happens, it doesn't lose it: suddenly it seems to have a purpose and a theme, the characters crumbling like the edifices of the music halls, their viewpoints complex but apparent, and their relationships shifting like cogs in a rotting machine. I don't rate McShera as an actor, and she speaks increasingly throughout the play with that unbearably false intonation that convinces people they don't like theatre. The other principals are fine though: Grainger's comic timing, sentimentality and irascible detachment are a joy in themselves and lend the climax a real emotional heft, Scacchi is largely terrific as a woman drunk on her own hard-luck stories, and Jonah Hauer-King is tuneful and gently nuanced as Archie's lanky son, Frank.

It doesn't ever quite hit the heights I was anticipating − and one can only imagine what John Hurt might have made of Grainger's character if he hadn't been forced to drop out − but at its best it's a valuable, fascinating portrait of the Britain that was and perhaps still is, with a commanding, committed and often brilliant performance at its centre. (3) 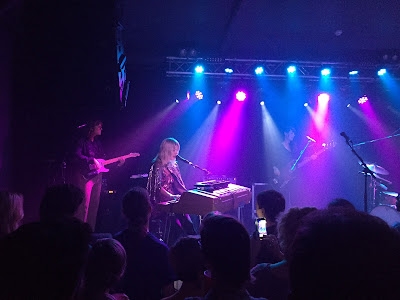 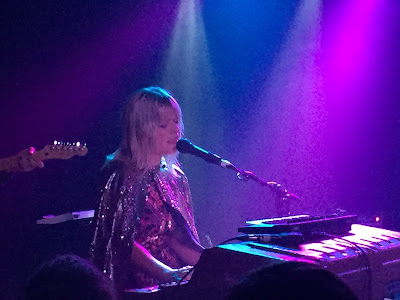 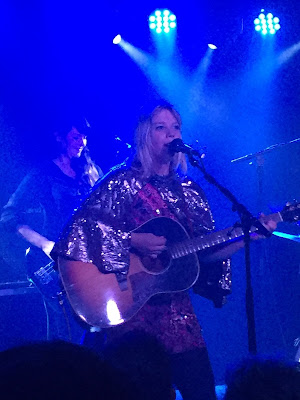 Photos by me, can you tell?

Basia Bulat (Oslo Hackney) − Barnstorming power-pop princess Basia Bulat lit up London again last week, surely confirming her status as just about the best live act around. A knockout In the Name Of, a three-song autoharp solo spot comprising Heart of My Own, Gold Rush and In the Night, a heart-stopping, brokenhearted cover of Damaged by Primal Scream, and a dizzying version of her 2013 song The Wire that concluded with her screaming into a voice distorter, it often took the breath away. She never stands still; every time, every song sounds new, thanks to her restless imagination, a Sandy Denny-like gift for reworking melodies, and that notable fondness for odd gadgets. If you get the chance to see her, leap at it. (3.5)

See also: I've reviewed other Basia gigs, at the Slaughtered Lamb (my favourite show of 2015), Rough Trade East and − best of all − Hoxton Square Kitchen. *** 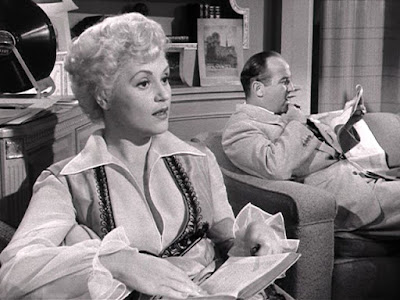 CINEMA: Born Yesterday (George Cukor, 1940) − I had a rough day on Thursday, then I went to the BFI to watch this, and my worries just floated away. It's a film I return to time and again, and it always has the same effect on me.

The movie is dominated by Judy Holliday's tour-de-force as ill-educated, complacent former chorine Billie Dawn, whose gangster fiancé (Broderick Crawford) decides that she needs her edges smoothing off, but doesn't bargain for what happens next. You could write a book about Holliday's voice alone: the working class accent, the seductive impediment, the cartoonishness that accentuates the comedy but is never broad or alienating as Billie transforms from an abused adornment to a self-possessed modern woman.

Garson Kanin's script pulls a punch or two to circumvent the censors (the rogue congressman who Crawford bribes is the exception, not a rule) and William Holden's columnist − the catalyst for Billie's change − comes off as a tad smug, but it's rare to find a mainstream movie that elides so succinctly with my own views: that anti-intellectualism is dangerous, that intellectual posturing is tiresome, and that a woman improving herself for her own sake is more beautiful than if she reforms for love.

Cukor's direction is curiously drab, but almost everything else about the film works, with Howard St. John superb as Crawford's refined, self-hating lawyer, two dozen big laughs, and some eloquent polemicising that's arguably more relevant in 2016 than it was in 1950, dealing as it does with crooked lobbyists, spineless legislators and rampant misogyny.

Its greatest strength, though, remains Holliday's astonishing characterisation: so hilarious, vital, heart-warming, nuanced and specific. She would give other truly great performances, but none as great as this. People who say women can't be funny should have their eyes stapled open and be made to this film. It'll improve their Thursday. (4)

See also: This movie is in my all-time top 100, which you can read about here.