Gish and Griffith: pockmarked with greatness 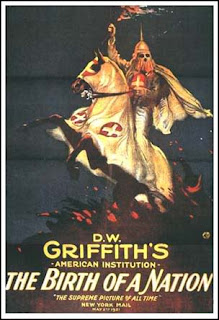 You know D. W. Griffith - he made the most racist film of all time, The Birth of a Nation, which rather inconveniently also created cinema as we know it. You may notice that a Klansman appears to be the hero.

I've been watching a lot of Griffith's films lately, partly because the BFI in London has had a special season on, and partly because I'm enduringly and indelibly obsessed with the actress who starred in so many of his films, the immortal (not actually immortal, she died in 1993) Lillian Gish.

Depending on your mood, and his, Griffith's films can be either unbearably corny or rather moving in their sincerity, but while he was unquestionably a shamelessly sentimental bigot with a yen for preposterous third-act melodrama, he was also the most important and influential filmmaker of his generation. Here's a whizz through all the Gish-led Griffith I've got my mucky little mitts on lately: 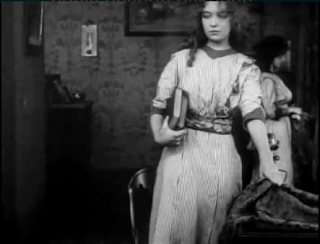 An Unseen Enemy (D. W. Griffith, 1912) - Panic Room, 1912-style. It's all a bit silly, but worth it for the debuts of the Gish sisters, with Lillian compulsively watchable throughout. 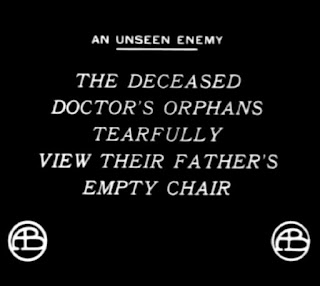 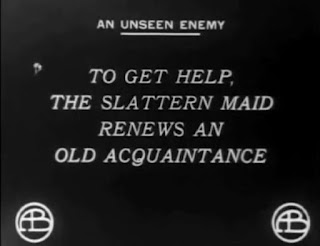 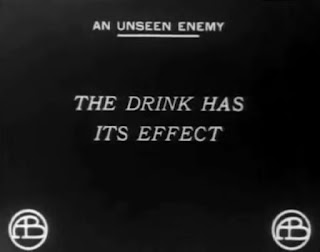 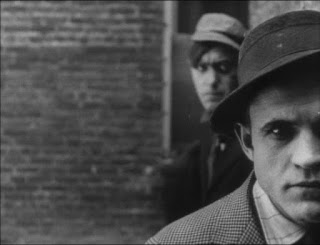 The Musketeers of Pig Alley (D. W. Griffith, 1912) - The 'first gangster movie' still looks decent a century on, with a hokey but atmospheric opening, a slightly static middle where people mostly walk in and out of a saloon, and then an absolutely spectacular denouement, featuring one eye-popping close-up, a tense shootout in an alleyway and an irreverent ending that makes the most of star Elmer Booth's dazzling charisma.

Lillian Gish is 'The Little Lady', whose patronising nickname masks the fact that she's an asskicking feminist who clobbers an amorous assailant, chooses whichever man she likes, and unwittingly starts a gang war by being hot at a party. Walter Miller plays her boyfriend, a musician who may as well just have 'mug me' tattooed on his face, while Booth is The Snapper Kid, a swaggering gunman who's like a sexy, funny, easy-going Al Capone, though the film came out when Al Capone was 13.

Underworld, Little Caesar and The Godfather all redrafted the genre rules across subsequent decades, but this is the film that wrote them, in 16 brisk, bruising minutes, with Booth something like the cinema's first anti-hero: a likeable guy swaggering around the wrong side of the law, far removed from the tedious, moustache-twirling villainy that blighted many films of the period. Tragically, he died just three years later, on the cusp of superstardom, in a car accident caused by future Dracula director Tod Browning. He had been about to start filming Griffith's epic, Intolerance. (3.5) 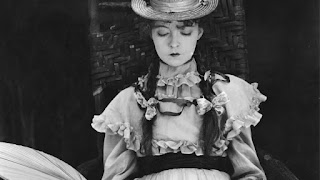 CINEMA: A Romance of Happy Valley (D. W. Griffith, 1919) - The hero in this film is a lot like me, a young man who sits at his desk, in his flat, in the unforgiving city, thinking about Lillian Gish.

A Romance of Happy Valley was made by D. W. Griffith during his white-hot streak between the enduringly controversial Birth of a Nation (1915) and his epic of the French Revolution, Orphans of the Storm(1921) , a period that also took in Intolerance (1916), Broken Blossoms (1919) and Way Down East (1920), and essentially laid the template for cinema as we know it.

Set in the Kentucky where he grew up, it's notably less ambitious than almost all of those films (Broken Blossoms is the only one on a similar scale): a gentle, pastoral comedy-drama about a farm labourer (Robert Harron) who goes off to seek his fortune in New York, leaving behind the lovestruck, pure-hearted and relentlessly stoic Jennie (Lillian Gish), his childhood sweetheart.

It's corny in places, predictably racist in a couple of others (uh-oh, a white guy in blackface who's greedy and feckless), and saddled with an overlong, melodramatic and improbable climax, but it's also extremely involving and often very moving, with an unexpectedly wry, even occasionally subversive sense of humour.

Harron provides plenty of those virtues in a committed, appealing performance, while Gish is as transcendent as ever, whether bidding him an awkward, adoring goodbye, seeing off 'a descendant of Judas Iscariot' who fancies getting off with her, or romancing a scarecrow that's dressed as her lover, a touching, understated sequence that influenced 7th Heaven and then The Artist.

Her singular artistry and Griffith's trendsetting direction - rich in close-ups, including an unforgettable flourish featuring the lovers' hands, and still yet to be emulated let alone overhauled by his European rivals - make this a little gem, despite a bit of his signature silliness. (3.5)

This screened at the BFI along with Griffith's 1909 short, The Cricket on the Hearth (D. W. Griffith, 1909). My only comment on that one is that I had absolutely no idea what was going on. (1.5) 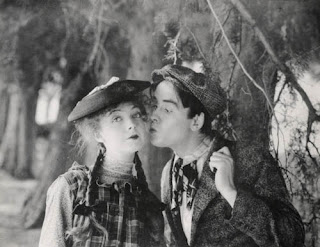 Yes, that is the best premise for a movie ever, thank you for asking.

True Heart Susie is old-fashioned, rose-tinted and heavy-handed in its depiction of the afflictions besetting America (adultery, dancing, lipstick), with a lurch towards melodrama in the final quarter that's more convenient than credible, but it's also utterly beguiling: beautifully directed by a filmmaker who could do Americana with the best of them, when he wasn't doing racism with the worst of them. At one point he uses a hedgerow to split the screen into two: ecstasy on the left, despair on the right.

And yet it's only when Gish is on screen that it hits those heights. Without her, it's a standard, slightly overripe drama with a touch of visual poetry. But when she steps in front of the camera - her heroine too pained to watch as her love is snatched away, hiding her tears behind a fan, or collapsing in agony as soon as the ill-suited pair depart from sight - it becomes something else entirely. You sense that Griffith knows it too: in those scenes his lense is softer but his eye is sharper, and every detail his camera catches seems profound and vivid and alive, every muscle of Gish's genius twitching and sparking.

It's not a flawless film, but as a snapshot of two pioneers pockmarked with greatness, it can scarcely be beat. (3.5)

Thanks for reading.
Posted by Rick Burin at 13:04