I'm planning something separate about my overriding preoccupations - D. W. Griffith and Lillian Gish - but here's everything else I've been enjoying/not really enjoying of late... 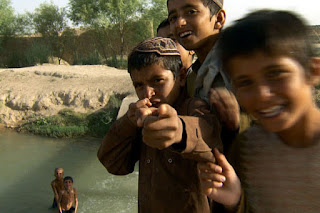 His thesis is that we are unable to truly engage with or understand contemporary affairs because of the simplistic stories to which we have become addicted. To make this point, he considers the case of Afghanistan, creating a sprawling mosaic that alternates utterly fascinating, eye-opening polemicising with thousands of feet of extraordinary, raw, unbroadcast footage − poetic, surreal, chilling, heartbreaking and enraging − shot by BBC News crews over the past 15 years.

Oddly, Curtis doesn't actually succeed in constructing a convincing case around what turns out to be a rather nebulous, ironically simplistic theory, while the idea that most of us stand for nothing, compared to the Mujahedeen, is frankly madness. But the story he weaves, of the seeds for our economic and ultimately ideological destruction being unwittingly sown by Roosevelt (hands down my favourite president) when he met Saudi Arabia's Kind Saud on Seattle's Bitter Lake in February 1945, is quite, quite brilliant. And while at first many of the clips seem to be going on a bit, Curtis's unique approach ultimately gives the movie a haunting, cumulative power that lingers on long after the credits have rolled. 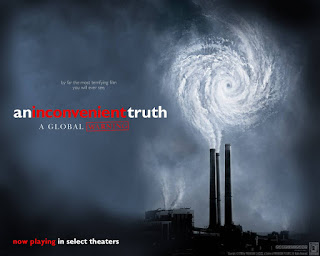 An Inconvenient Truth (Davis Guggenheim, 2006) - Despite being a slightly annoying, militant eco type (I didn't fly between 2005 and 2013, I don’t drive for the same reason), I'd never gotten around to Al Gore's Morally Righteous PowerPoint Presentation, as this film should obviously be called.

His sincere, twinkly-eyed hectoring, which includes wiping his mouth whenever he makes a joke, is mostly extremely effective and informative, ticking all the boxes from the Confident Presenter course I once went on with work, and making a passionate, inspiring case for saving the planet. Though admittedly, putting axes on several of these graphs might be helpful if we're going to finally see off all the selfish, blinkered wankers, sorry, 'climate change sceptics'.

The problem with An Inconvenient Truth, and there really is a true, inconvenient problem, is that it breaks off regularly for folksy, glossily-shot segments about Al Gore's life, which are occasionally illuminating (his college professor was the first person to measure the amount of CO2 in the air, for instance) but mostly self-aggrandising and completely irrelevant. There is also a quite staggering amount of PowerPointPorn, as Al smoulders in close-up, dragging pictures from one window to another, as if the other main crisis threatening to engulf us is shoddily assembled slideshows. 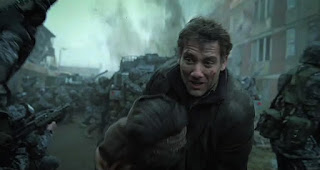 Children of Men (Alfonso Cuarón, 2006) - An above-average dystopian flick set in an apocalyptic England, the last outpost on an Earth battered by untold calamity, including an infertility epidemic. Clive Owen is the bereaved activist who’s dragged into radical politics again by his ex-wife (Julianne Moore) and ends up as the protector of a mysterious young woman on the run (Claire-Hope Ashitey).

The frequently redrafted script has too many annoying tics and speeches of weak, mannered dialogue – the sort of thing you’d write if you had writer’s block – but the one-take action scenes are dizzying and dazzling, and the story is hearteningly unpredictable, incorporating not only unexpected deaths and shifting sympathies, but Biblical allegory, Pam Ferris with dreads and a man being shot for farting.

The cast is alright too: though Owen isn’t much of an actor, he’s a decent star, and the supporting ensemble is unpolished but interesting, featuring Chiwetel Ejiofor, Peter Mullan and a weed-smoking Michael Caine, playing a kind of slightly damaged Bob Harris. Ashitey is also quite good as the key central figure, her unorthodox performance – sincere, twinkling yet fearful – adding another layer to this flawed but impressive vision of the future. (3) 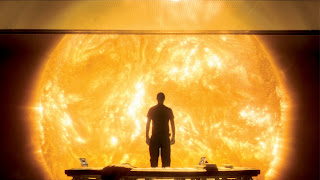 Sunshine (Danny Boyle, 2007) - I don't know what to think about this one, exactly, which is probably a good thing.

Danny Boyle’s visceral film about sticking an atom bomb in the sun throbs with the director’s typical restlessness: has he ever ended a film in the same genre that he began it? It starts as a men-(and-women-)on-a-mission movie, full of suspicion and setbacks, then becomes a psychological thriller and ultimately an explosive, screeching fusion of horror and action.

There’s some Alien in there, a bit of 2001, Silent Running and Cube, but plenty that’s new too, particularly in its theme of sun worship, which hangs over the story and overpowers its visual sense, resulting in scenes of increasingly exhilarating screen saturation.

The dialogue can be perfunctory and the story extremely difficult to follow, but the ensemble cast is interesting – including future stars Chris Evans and Rose Byrne (who I finally fancy, now she’s an intense tomboy rather than a vacuous neurotic) – there’s fascination to spare, and the imagery is immense. (3) 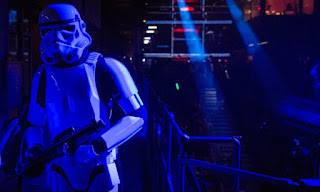 SECRET CINEMA: Star Wars: Episode V - The Empire Strikes Back (Irvin Kershner, 1980) - I reviewed this movie very recently, so no need for a big write-up.

What I did notice this time were a couple of things half-inched from Tarzan movies, which provided serial-like thrills of their own in the 1930s. Firstly and most obviously, Luke swinging on the vines at Degobah, but then also the Mynocks attacking the Falcon - this far, far away galaxy's answer to the "vampire bats" so cruelly cut from Tarzan Escapes.

I was watching the movie again due to Secret Cinema. Though I found everything surrounding it rather underwhelming and amateurish, the film itself did manage to transport me, in a way that it always does, and in a way the rest of the experience didn't. (4 for the film, 2 for the overall experience) 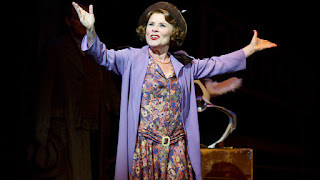 Gypsy (Savoy Theatre) – This is a fun, funny, intensely sad translation of Sondheim’s 1959 musical about the creation of striptease sensation Gypsy Rose Lee (Lara Pulver), focusing on her manager, Rose (Imelda Staunton), the ultimate stage mother. A work of real emotional heft, it starts off light and sweet and frothy, then takes us deep into the souls and psyches of its characters, peddling a little of Sondheim’s broad sordidness (which isn’t really my sort of thing but works alright), before flooring us with a succession of gut punches. Completely compelling even at two-and-a-half-hours, it’s a show shot through with wit, ugliness, angst, desperation, panache and pizzazz, from the stylised, skewed-perspective sets to a slew of stellar songs and Staunton’s sensational central performance, the best I've ever seen her give. (4)