I went to Mallorca, read two books and swam in the sea. And that's not all. When I got back, I went to the cinema to see a movie you all saw ages ago. 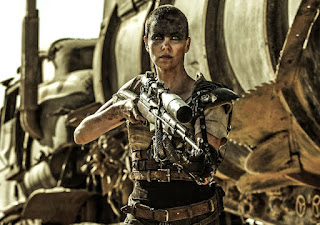 First off, Ratty Rockatansky has had an upgrade (from Mel Gibson to Tom Hardy); secondly, he's in league with a bunch of gun-toting, patriarchy-defying harem escapees, one of whom (Charlize Theron) can shoot a hell of a lot better than him - and knows it.

Introducing such additional, agreeable novelties as grenade-lobbing pole vaulters, a guitar that's also a flamethrower, and a steady, beating heart where once there was none, it's a crunching, breathless, vital piece of genre joy that rewrites most of the rules and resets the action clock to Year Zero.

There are moments near the film's beginning where you worry that Miller has again pitched us into a world it's frankly no fun to visit, but as soon as it gets moving - in both senses of the word - it really gets moving. Kudos too for a blockbuster that sees human nature as truly complex and transmutable, epitomised by Nicholas Hoult's pale, Valhalla-bound cult flunkey. 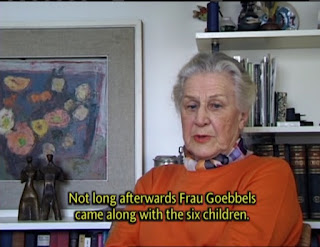 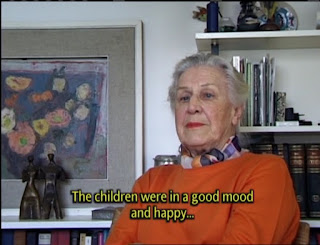 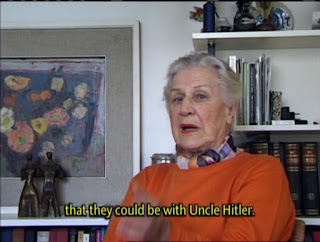 This film is just 87 minutes of a single talking head. Thankfully that talking head is Traudl Junge, an 82-year-old German woman who worked as Hitler’s personal secretary from 1942 until he shot himself. Her reminiscences of the “kindly old gentleman” she worked for – contrasted with the “monster” she regards him as in retrospect – make for utterly gripping viewing, as she talks in circles about her guilt, sorrow and confusion. Her memories are moving, maddening, sometimes baffling, and the film is quite brilliantly structured, with a stunning final sequence. (4)

Breakfast of Champions by Kurt Vonnegut (1973) is a pungent, pustulous lancing of the boil that is America, by the incomparable Kurt Vonnegut. Vonnegut. Written in an even more extreme post-modern, scrupulously self-referential style than his seminal Slaughterhouse-Five, it’s sort of the stories of a psychotic millionaire and a failed sci-fi writer, but really it’s a freewheeling treatise on the ills of the world – world – from racism and cultural imperialism to the inherent, in-built dangers of questioning norms of thought. Thought. Perhaps it loses some momentum in the middle, but it’s ferocious and ferociously funny, with a devastatingly sad undercurrent (to which I could truly relate) and a knockout ending. Ending. And the scene in which the waitress is trying to flirt with Dwayne but he has echolalia is my new favourite thing. Thing. (3.5)

The Grapes of Wrath by John Steinbeck (1939) – A mammoth, all-consuming and all-conquering book, alternating between the story of the Joad family – a bunch of Dustbowl Oklahomans heading west in search of work – and the world they inhabit, from marauding tractors who don’t feel the earth beneath their tracks, to sentimental waitresses and one very sleepy tortoise. It’s not as punchy and abrasive as Steinbeck’s In Dubious Battle, but it’s stunningly ambitious and utterly immersive: a sad, grubby, noble crawl towards partial but jawdropping catharsis, full of unforgettable characters struggling to survive in a country gone to Hell. John Ford’s film adaptation was probably the most radical film ever to come out of the studio system, and it’s unquestionably a masterpiece, but there’s a different feel to it. Steinbeck’s novel is a heavy, difficult, waterlogged epic, reeking of grease and pain – a book so challenging and exhausting that he never wrote another quite like it. It’s a tough read too, overloaded with description and despair, but a stunning achievement on any terms. (4) 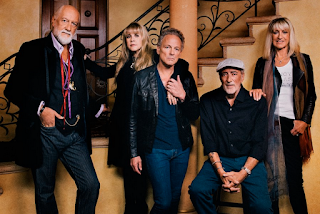 Fleetwood Mac at the O2 (Mon 22 Jun) - Their voices may be two octaves lower, their faces may be a little melted, but this was an uplifting, even raucous show: cathartic for them, it seemed, and for us: joyous. (3.5)

Thanks for reading.
Posted by Rick Burin at 17:35