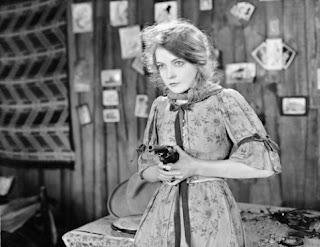 She was not just the first great screen actor, but arguably the greatest screen actor of all, with a devastating emotional sensitivity and a thousand ways of differentiating between and delving beneath the layers of often superficially similar characters. Her name was Lillian Gish and her genius lives on in silent movies like The Wind, True Heart Susie and the enduringly controversial Ku Klux Klanfic, The Birth of a Nation (or just ‘The Birth’, as she called it), which invented the grammar of modern cinema whilst giving the formerly ailing KKK a second wind, inspiring thousands to join the white supremacist organisation, with chilling consequences.

Miss Gish, as she insisted on being called, returned to the stage in the early ‘30s after the advent of sound cinema – perhaps because she had little time for the new medium, perhaps because Hollywood no longer wanted a woman as assured of her worth and her myriad gifts as she was – playing Ophelia opposite Gielgud amongst other triumphs, but began to appear on screen again from 1942, and featured in irregular character parts until 1987, delivering memorable performances in the sex-Western, Duel in the Sun, Charles Laughton’s hypnotic Night of the Hunter, and – finally – Lindsay Anderson’s Whales of August, a suitable swansong despite its many deficiencies. 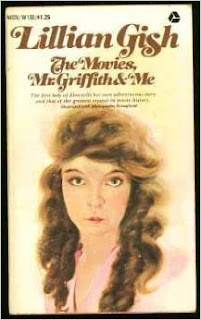 Her autobiography, The Movies, Mr Griffith and Me, is insightful in ways both intentional – as she discusses her art and the way in which she crafted characters – and not, since her lack of a personal life, any external interests or a good sense of humour mean that when she isn’t talking about film, the results are usually extraordinarily dull. She’s great on “Mr Griffith”, though: that’s Birth of a Nation director D. W. Griffith, for whom she was a muse, sounding board, actor, writer, story buyer, location scout, editor and even publicity brain. She met Griffith in 1912, working with him for a decade, and the passages about their short films at Biograph and the subsequent war epics and rural poems on which they collaborated are utterly fascinating, if emanating the definite sense of someone meticulously curating their own legacy. (Amongst other stories, she claims to have discovered Ronald Colman and Rudolph Valentino, predicted to a disbelieving King Vidor that The Big Parade would be a massive success, and launched Garbo on the path to success.)

Giving her the benefit of the doubt, here are 10 things I learned… 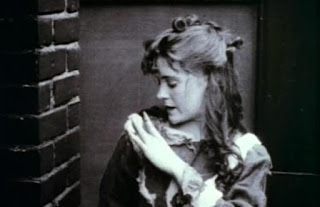 1. The only actress she was jealous of was fellow Griffith regular, Mae Marsh. “She had a quality of pathos in her acting that has never been equalled… Not only did she play the parts I thought I could play, but she was better in them than I could have been. And that hurt.”

2. She didn’t regard The Birth of a Nation as racist. She cites author Thomas Dixon’s (very racist) defence of the film as proof, as well as Griffith’s own argument: “Of whatever excesses or outrages the blacks may be guilty, these they commit as blind and misguided, if violent, pawns of their satanic new white masters from the North.” She adds: “Mr Griffith was incapable of prejudice against any group.”

3. She and Griffith subsequently planned ‘a film of affirmation about the Negro’. They talked about this shortly before Griffith’s death in 1948. “He believed that the Negro had made great strides since the end of slavery… that no other race in the history of mankind had advanced so far so quickly.”

4. The Birth of a Nation was shot on a relative shoestring. It cost just $61,000 to make, and grossed $3.75m in 1915 in New York alone. Though Griffith claimed to have employed up to 18,000 extras at a time, he actually never used more than 500, instead relying on his considerable ingenuity to achieve the film’s stunning sense of scope. 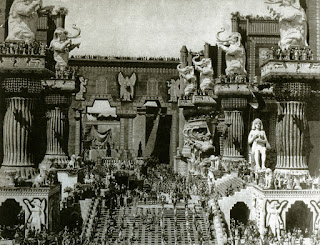 5. Intolerance was not. His subsequent film, Intolerance, required no such penny-pinching, and came in at $1.9m due in no small measure to its sets, which were up to 200ft high and more than a mile long. The film flopped upon release. Griffith’s initial cut ran eight hours long and was to be shown across two nights; it was later snipped to 210 minutes. Though her scenes in the film took just an hour to film, Gish felt “that there was more of me in this picture than in any other I had ever played in”. She talked over scenes with Griffith before he shot them, viewed all the rushes and suggested ways to improve them, and picked the best takes, before helping Jimmy Smith with the cutting. Though you get the sense that Griffith recognised Gish’s singular genius, this kind of partnership was only possible because of the egalitarian nature of moviemaking at the time.

6. Hearts of the World was filmed on location in a warzone. For this WWI propaganda piece, funded by the British and French governments, Gish, her sister Dorothy and Griffith filmed at the front. Their first location was a village that had been destroyed when the Germans were advancing on Paris. Later they were hit by a creeping barrage: two of their guides were killed, before the soldiers they had been hoping to film were obliterated by shellfire.

7. Lillian was ceaselessly melancholy; her sister wasn’t. In 1919, Gish and her younger sister Dorothy – also a major star – penned profiles of one another for Stage magazine. The pieces remain fascinating, not least for what they say about the writer. Lillian writes: “She is a criticism of all the things I am not. When I look at her, I always miss in myself the qualities that I was born without and that, I daresay, I should have been much happier with. She is laughter… nothing bothers her or saddens her or concerns her lastingly… I am not unhappy. I simply am not gay. It must have rained on the evening I was born, and it seems arbitrarily to have kept on raining in my heart ever since.” Dorothy says Lillian has a steeliness quite at odds with her popular image, like “a hat [that] lies upon the sidewalk; some person kicks it enthusiastically and finds to his astonishment and pain that there is hidden inside it a brick of flatiron”. She adds that “nothing really matters to her except her work and her career. She has little patience for anything or anybody unrelated to her work.” 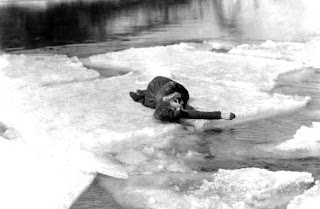 8. She REALLY prepared – and did all her own stunts. Griffith would usually do just one take of a scene, but would rehearse his entire films from start to finish several times, his cast acting out the scenes on prop-free sets. He asked them to augment their characterisations through endless research. Gish took this to heart more than anyone, and continued her painstaking preparations even after her break from him. For The White Sister, she obsessively studied nuns whilst scouting 30 cloistered orders, watched taking-of-the-veil ceremonies before dawn and fostered a ‘spiritual’ atmosphere on set. Her devotion to her movies went further, though. The finale of Way Down East required her to lie on a slab of ice twenty times a day for three weeks. Her inspired idea that she should drag one hand ethereally in the freezing water permanently damaged her nerve endings. For The Wind, sand was blown at her by eight aeroplane propellers, while sulphur pots were used to simulate a sandstorm, burning her hair and almost blinding her.

9. Her first argument with Griffith was during the filming of Way Down East. After that legendary ‘ice floes’ climax, he told her to get ready. “I’m ready,” she said. “Yes, but the climax is over,” he told her. “The audience will want to see you look beautiful again. Go put on fresh make-up, and comb your hair.” Gish says it was the first time in her memory that Griffith had “settled for less than the truth… I obeyed. But in the scene it is evident to those who know me that I was awfully mad at someone.” In his defence, he was massively in debt, and in dire need of a hit. He got one.

10. She was great friends with F. Scott Fitzgerald. The author of The Great Gatsby gave her a copy of his novel, Tender Is the Night, inscribed: “For Lillian Gish, My Favourite Actress. On the occasion of her 1st visit to New York of which this book is a practical guide. From Her Chattel, F. Scott Fitzgerald.”

My recent reviews of Griffith and Gish films - some of them screened at London's BFI Southbank - are right here.

You can read Louise Brooks' thoughts on Lillian Gish here.
Posted by Rick Burin at 17:59