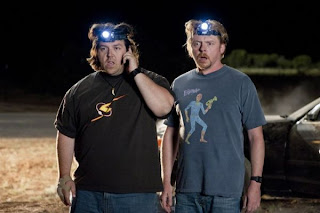 CINEMA: Paul (Greg Mottola, 2011) - As Simon Pegg and Nick Frost said on Radio 5 Live recently: if you're spending $50m of someone else's money, you've got to make a certain kind of film. So gone are the offbeat sensibility and obscure pop culture references of the show that made their name - Spaced - and the genre movies that followed, Shaun of the Dead and Hot Fuzz. The nods to E.T. and The X-Files here are more like headbutts. Gone too is the razor-sharp sense of humour. There are plenty of laughs, but the humour is so broad you could park a spaceship on it. This one's as straight-down-the-line as a movie about a foul-mouthed, chain-smoking alien is going to get. Pegg and Frost play a couple of nerds who plan to follow their visit to San Francisco's comic convention with a tour of the Deep South's UFO hotspots. They've barely gotten started before a car flips over in front of their camper van and - examining the wreckage - they come across Paul. He's an alien. A peaceful but rude alien. And he needs to get home. But before that the mismatched gang are going to have to do battle with an FBI agent (Jason Bateman), two childish cops, a couple of good ol' boys, a shadowy megalomaniac and a gun-totin' father. Yes, I think they probably have seen The Blues Brothers. One can lament the absence of Edgar Wright, the stylish director who co-wrote Shaun and Hot Fuzz with Pegg and was single-handedly responsible for their frenetic visual style. And it's easy to pick holes in a film that jettisons its creators' distinctiveness in search of a bigger audience - though there is at least one blessing: Pegg said he wanted to make more of the creationism subplot, the most smug and misguided bit of the film. But at the same time, it seems churlish to be too down on a film this solidly entertaining, with its likeable performances, strong supporting cast and a dozen genuine laughs. (2.5) 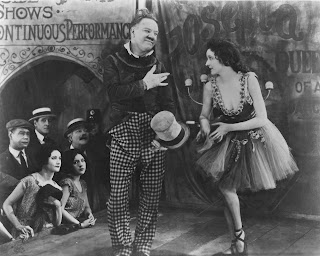 Sally of the Sawdust (D. W. Griffith, 1925) is a nice film from the director of The Birth of a Nation, with nary a heroic Klansman in sight. The engrossing storyline, adapted from a hit stage musical, sees carnival barker W. C. Fields looking to restore orphaned waif Carol Dempster to her rightful place in society. The much-maligned Dempster is actually very good here (save for a bit of over-acting among the rushes as the police close in on her), backed by a couple of unimpeachable heavyweights: Fields and Effie Shannon. There are flaws. We could probably have done without the knockabout comedy for a start. The slapstick interludes aren't as jarring as in Way Down East, where the wrenchingly powerful narrative is offset by some of the most inscrutable alleged comic relief ever slapped onto the screen. For one thing, it's quite funny. But it does jar a little with the dramatic elements, particularly when we see Dempster striving desperately to avoid capture and ruin, intercut with Fields bouncing down a hill in an old banger. And there's also the sense of a missed opportunity. For a film that's not afraid to be melodramatic, the climactic reveal doesn't really carry an emotional punch at all, let alone the assault on the tear ducts I was anticipating. But I liked the film on the whole: interesting story, strong performances and - once you adapt to Griffith's style, revolutionary in 1915, a touch staid 10 years on - very watchable indeed. (3) 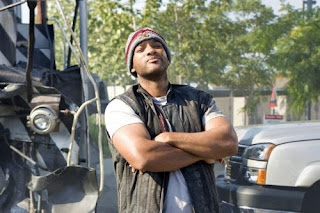 Hancock (Peter Berg, 2008) - If the credits had rolled after 46 minutes, I'd be raving about this as one of the best films I've seen in years. Hilarious, profane and bracingly original, with a killer performance from Will Smith and a deliciously dry one from Jason Bateman. Unfortunately it completely falls apart after that, morphing into a metaphysical love story of rare incoherence and tedium. Rarely have I come across a film - or a book, or a record, or a meal - with such a gaping gulf between the quality of its first half and its second. Gaah. The script was in development for 10 years, being fundamentally re-written with no input from the original author. Could that by any chance be something to do with it? (2.5) 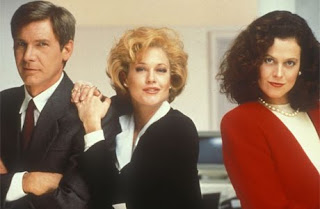 Working Girl (Mike Nichols, 1988) is the second most '80s movie of all time (The Secret of My Success, obviously) - a hymn to business (urgh, business) with a sweet performance from Melanie Griffith, a fun one from Sigourney Weaver (boo, hiss) and a slightly lacklustre turn from Harrison Ford, making a then rare foray into romantic comedy. The story is formulaic in the extreme and there aren't many jokes, but it's entertaining and Griffith is an appealing presence. (2.5) 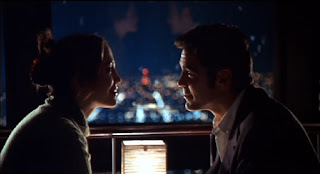 Out of Sight (Steven Soderbergh, 1998) is an enjoyable comic thriller, scripted by Scott Frank, though patently not one of the best films of its decade, as it's regularly described. The leads are good - I've never seen Clooney and Lopez as attractive or amusing as they are here - the labyrinthine, time-shifting script is mostly pretty neat and there are some strong scenes, including an opening bank robbery that's the ultimate in lo-fi insouciance. But the movie also drags in places, with an abundance of uninteresting subplots, and it's never quite as clever, smart or sexy as it seems to think. (3) 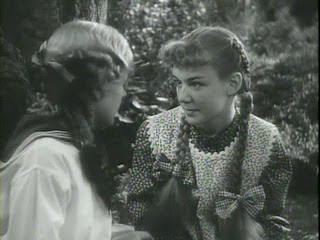 Anne of Green Gables (George Nichols, Jr., 1934) - This is a short, sentimental highlights package that turned out to be RKO's sleeper hit of 1934. Anne Shirley is Anne Shirley (she used her character's name for the rest of her screen career), the cheery, melodramatic, eternally appealing redhead created by L. M. Montgomery. Mistakenly placed with adoptive parents who were rather hoping for the boy they'd requested, her hot temper proceeds to get her into scrapes with friends, neighbours and that cheeky, good-looking boy in her class. There are production and pacing issues. The first hour is a little lacking in atmosphere, then - upon finding loads of the stuff - the film proceeds to race through the rest of the narrative at breakneck speed, with a succession of short scenes that cover five years in about five seconds. It also omits the most memorable bit of the book: Anne dyeing her hair green. For all that, this is a really gentle and rewarding movie, with absolutely charming performances, particularly from Shirley and O. P. Heggie, best-known for his turn as the blind hermit in Universal's seminal Bride of Frankenstein the following year. (3) 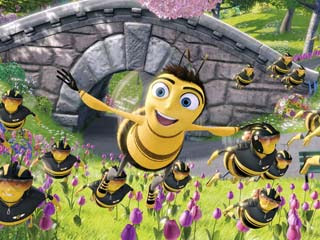 Bee Movie (Steve Hickner and Simon J. Smith, 2007) - The story doesn't always work, but the script's very funny and the animation's good. Not Pixar-good. But good. Apparently it got a bit of a kicking on release, which is a shame. Unless the critics were suggesting that a relationship between a bee and a woman constitutes quite an inappropriate romantic subplot, in which case they would be correct. (3)
Posted by Rick Burin at 18:39