I went to the cinema three times at the weekend. I'd recommend it to anyone. 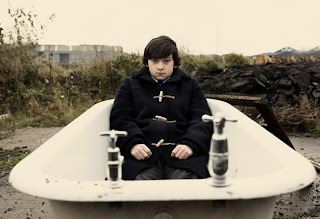 *SOME SPOILERS AND ONE RUDE WORD*
CINEMA: Submarine (Richard Ayoade, 2010) - What a refreshing, distinctive and arresting film this is: a hysterically funny portrait of teenage life in Britain as it's really lived and a film we've been waiting for, without really knowing it. In 15-year-old Oliver Tate (Craig Roberts), writer-director Ayoade gives us a new kind of hero: introspective, self-obsessed, occasionally noble, with a burning sense of his own importance, but no idea how it's going to manifest itself. The tone is set by a superbly-conceived fantasy sequence in which he imagines his own death and the outpouring of grief that would be felt "by all of Wales". This appealing, sometimes appalling protagonist exists in a painfully well-observed world, the school scenes - with their bullying, idiocy and moral compromise - conjuring the opposite of a Proustian rush as they throw up every guilty secret or suppressed memory of your teenage years.

It's at school where Oliver finds love, beginning an intense relationship with classmate Jordana Bevan (Yasmine Paige) that's built on bullying, but blossoms into a shared love of spitting and setting fire to things. Oliver tries to broad their horizons by offering her Salinger, Nietzsche and sex, but with limited success. The scene in which he reclines on his bed in some grotesque parody of '70s manhood is one of the funniest things I have ever seen. At home, our hero is also going through a sticky patch, his mother Jill (Sally Hawkins) having her head turned by obnoxious mystic Paddy Considine, with his depressive father (Noah Taylor) unwilling - or unable - to act. The twin storylines dovetail perfectly, with a punchline that's completely unexpected and rings utterly true. Indeed, there isn't a false note in the plotting or the acutely-detailed characterisations, from Chips (Darren Evans), the school bully who compounds Oliver's sorrow with a well-timed 'wanker' sign, to Taylor, who offers one of the most affecting and realistic treatments of mental illness I've seen on screen.

This is a brilliant debut: moving, original and dazzlingly cinematic, its singular feel augmented by dreamy Super 8 segments, eye-catching credits and a great song score from Arctic Monkeys' Alex Turner. And I laughed almost constantly. Film of the year. So far, anyway. (4) 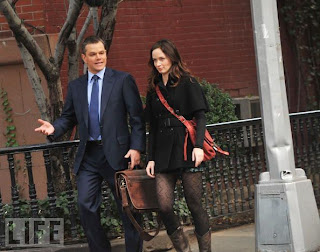 CINEMA: The Adjustment Bureau (George Nolfi, 2011) - Matt Damon and Emily Blunt make a wonderful couple in this enjoyable mixture of sci-fi, thriller and romance. Their effortless, glorious chemistry takes the thought-provoking, well-plotted storyline to another level and there's also a nice turn from Anthony Mackie, though the abrupt ending and Terence Stamp's lacklustre one-note showing mute the impact a little. It's still compulsively entertaining; the only serious misstep being the voiceover from the guy in the row in front, which lasted until he was thrown out of the cinema halfway through. (3.5) 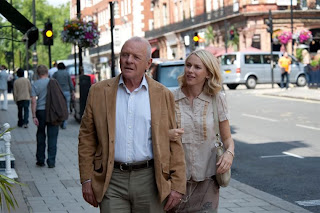 CINEMA: You Will Meet a Tall Dark Stranger (Woody Allen, 2010) - Woody Allen has made more truly great films than any other American writer-director. His extended reign as the king of comedy - and a deft dramatist - lasted from Take the Money and Run in 1969 to the beguiling Sweet and Lowdown 30 years later and included an unbroken, decade-long run of masterpieces that took in Manhattan, The Purple Rose of Cairo (see #90, sorry about the formatting - it all dropped off when we changed to the new site), Hannah and Her Sisters and Crimes and Misdemeanours. Only Buster Keaton and '40s screwball comedy wizard Preston Sturges have achieved anything comparable. Since '99, though, pickings have been slim, with Allen's creative paralysis coupled to a paucity of ambition which has turned the biggest lie about his work - that he can only make one type of film - into the truth. Anything Else was a lovely update of Annie Hall, Melinda and Melinda had some bright moments and both The Curse of the Jade Scorpion and Scoop offered some escapist fun. But the blind film director of Hollywood Ending, the risible darkroom petting of Vicky Cristina Barcelona and the laughless second half of Small Town Crooks have been rather more representative.

Allen's latest has the virtues and the vices we've come to expect over the past 12 years. Plotwise, it's nothing new. Love and death. There are four affairs across the film's 98 minutes, as married couple Naomi Watts and Josh Brolin bicker and her mortality-minded parents (Anthony Hopkins and Gemma Jones) split up. These characters, and thus the story, aren't sufficiently engaging, and the film has an acute case of voiceoveritis, though in places the old Allen magic - or some faded semblance of it - shines through. A reunion between Hopkins and Jones is brief but affecting and there's an agreeable absurdism to Watts' despairing farewell chat with boss Antonio Banderas. Allen also draws an amusing supporting performance from Lucy Punch, playing Hopkins' mouthy, uncultured young wife. "It wasn't scary,” she complains, following a theatre trip. "It wasn't supposed to be scary,” he replies. "The ghosts were symbolic.” But a few great lines, one fine comic turn and solid dramatic work from Watts and Jones can't obscure the fact that Allen's 41st film just isn't very good. (2) 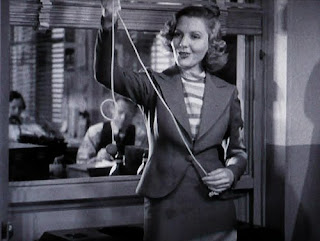 Mr. Deeds Goes to Town (Frank Capra, 1936) - A truly wonderful film, one of Capra and screenwriter Robert Riskin's very best. Small-town good guy Longfellow Deeds (Gary Cooper) inherits $20m and winds up in the big city, where he's screwed over by crooked lawyers, scheming relatives and a hack (Jean Arthur) who's falling head-over-heels for him. It's superbly written, directed and played, with Arthur absolutely irressistible - particularly in the courtroom finale. (4) 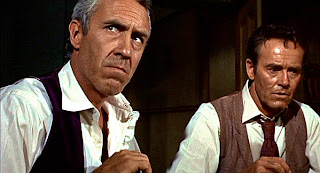 A Big Hand for the Little Lady (Fielder Cook, 1966) - A clever Western comedy, with sweaty poker fiend Henry Fonda getting in over his head taking on the big guns (including Jason Robards, John Qualen and Charles Bickford), leaving wife Joanne Woodward to bail him out. It's a bit repetitive to begin with, but the interest builds and builds, there's a neat ending - and what a cast. (3) 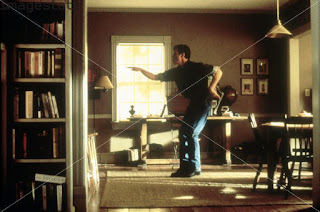 In & Out (Frank Oz, 1997) - Too infantile in its first half, too worthy in its second, with no internal logic and a gross over-abundance of terrible jokes about what gay people like (it's basically Barbra Streisand, 50 times). Having said that, Kline is pretty good, Joan Cusack has a really powerful dramatic scene in the back room of a church and the climax works well. (2)
Posted by Rick Burin at 08:21