A goldmine of flubbing bloopers 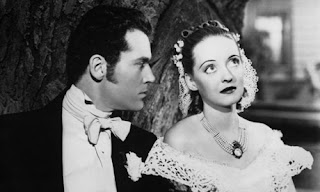 Remember the scene in Jezebel where Bette Davis finds out that the love of her life has married? “You’re funnin’,” she says incredulously. “Hardly,” he replies. Davis pauses. “Well I’m a son of a bitch,” she says. If that isn’t quite how you recall it, don’t worry. It's just how it appears in the Warner Bros ‘Breakdowns’, the blooper reels that reveal the cursing and corpsing behind some of the greatest films ever made.

The Breakdowns comprise fluffed lines, pranks and in-jokes omitted from Warner movies. They were compiled annually by the studio's social club, open to all Warner employees, and from 1935 to 1949 formed the centrepiece of the group's Christmas party, held at LA's Biltmore Hotel. The reels are now surfacing on DVD.

Film historian Leonard Maltin says the Breakdowns are revealing because they are genuine. “Back in the 1930s the studios protected their stars, quashed scandals-in-the-making, coordinated and supervised their interviews with the press, and even scripted their banter when they appeared on radio shows as ‘themselves’,” he says. “Given that, the opportunity to catch a glimpse of Bette Davis or James Cagney flubbing lines, and seeing how they respond to the situation, is fascinating.”

Bogart and George Brent seem prickly and short-tempered, while Cagney laughs off his mistakes. Pat O’Brien appears to enjoy slipping up: whether he’s forgetting dialogue, choking on a drink, or pulling off his own hairpiece during a fight. Bette Davis, meanwhile, is engaged in a running battle with the wardrobe department. She trips over her costume, complains she can’t move her head without her wig falling off and spoils an otherwise exemplary take by becoming caught on a co-star’s buttonhole. Edward G. Robinson, so frequently cast as a pitiless gangster, looks most affable, often grinning widely after a gaffe.

“The Breakdown reels are a very insightful view into the overall spirit of Warner Bros in its formative years,” says Warner’s George Feltenstein. “No other studio could let their hair down and have a little fun at their own expense the way this company did.”

Much of the material is extraordinary. There’s Gary Cooper breaking off from his Oscar-winning performance in Sergeant York to wonder: “That’s sure some accent I’ve got” and Carole Lombard destroying the delicate artifice of cinema as she sits down to a supposedly sumptuous screen meal. The food’s too tough to cut, she says, laughing, and it’s not warm.

The Breakdowns capture the breakneck pace of filming, with actors repeating a single line until it’s passable. The sense of fun on the lot is evident in the stars’ jokes. Errol Flynn responds to a dialogue cue by retorting: “Who the hell’s happy about getting a wife back?”, while convicts James Cagney and George Raft opt for a waltz instead of a punch-up in Each Dawn I Die, only for prison warden George Bancroft to weigh in. “Say, just a minute,” he says, “this is supposed to be my dance.”

As well as contracted players, stars loaned to the studio also appear, like James Stewart and Claudette Colbert. There are specially-filmed inserts too, including a Porky Pig animation that begs the question: does it feel more inappropriate to hear Porky or Jimmy Stewart say “son of a bitch”?

For fans of classic movies, the Breakdowns are a goldmine. They present an alternate universe where stars mangle their sparkling banter, Western heroes can’t climb on their horses and the sexual tension of Dark Victory evaporates as Bogart’s brooding stablehand somehow contrives to burn himself on a boiler. And in which other ‘30s film can a socialite return from a concert and regale party guests with this account of her evening: “Absolutely magnificent: seven curtain calls, the banquet on the stage, the farewell to Toscanini… ah balls!”