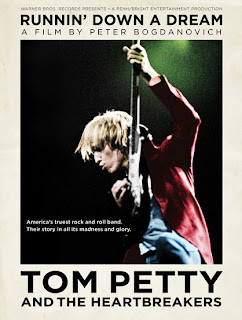 Tom Petty and the Heartbreakers: Runnin' Down a Dream (Peter Bogdanovich, 2007) attempts to do for the Heartbreakers what Scorsese's No Direction Home did for Dylan - and turns out astonishingly well. Bogdanovich weaves his epic tale of artistic integrity, human tragedy and lasting friendship via interviews, live footage and a wealth of home video and in-studio footage that stretches back to the band's formative weeks. Petty and the group - including fellow founders Mike Campbell and Benmont Tench - are often bracingly candid as they chart their journey from young upstarts bundled in with the burgeoning punk scene to wiser, though no less ambitious, old-timers. Their story takes in ego-driven rifts, substance abuse and the death of bassist Howie Epstein from heroin addiction, as well as the frontman's personal battles with industry bigwigs. There's one telling moment where the singer says: "People ask if it seems like 30 years. It seems like a hell of a lot longer", but this four-hour portrait has entirely the opposite effect, fairly flying by in a blaze of irressistible melodies and telling soundbytes. Fittingly, each band member is given an introductory sketch and a significant amount of screentime. There are also sub-sections dedicated to key themes, like the source of Petty's ambition (a single-minded drive that sees him pinch songs and band members from various collaborators) and the creative process.

Though the movie's first three or four musical clips may make you wonder just how the group acquired such a fanatical fanbase, the next 40 will leave you in no doubt, as Petty emerges as a composer and performer of rare talent, happening upon songs as timeless and diverse as Don't Do Me Like That, Here Comes My Girl, The Waiting, Southern Accents, The Best of Everything, Free Fallin' and Learning to Fly. Bogdanovich occasionally fixates on the wrong details uncovered during interviews (surely Petty's descent into drug abuse is more interesting than the fact he broke his hand?), certain passages don't pack the wallop they rightly should and there's a slight dip in the last 25 as the director takes us up to date, but for the most part this is a fascinating film that gives one of America's greatest songwriters his due and reveals the inestimable part the Heartbreakers have played in his legacy. It's also an arresting portrait of a nonconformist - or "a badass", as Dave Grohl calls him - with Petty fighting MCA for the rights to his songs, stopping them from hiking up the price of his 1981 record Hard Promises and preventing his hero Roger McGuinn from selling out. If Runnin' Down a Dream isn't in the same league as No Direction Home, that's largely because Dylan's story has no equal in modern popular culture. This is still a major work - and a hugely entertaining one at that. (4) 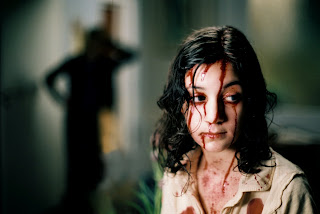 Let the Right One In (Tomas Alfredon, 2008) is one of the best films of recent years: a heartbreaking coming-of-age tale about a 12-year-old boy who falls in love with a vampire. Kåre Hedebrant is the victimised, white-haired Oskar, who ends up "going steady" with quiet, pale neighbour Eli (Lina Leandersson) before a series of grisly murders and an ill-advised attempt to become her "blood brother" alert him to her real identity. Alfredon's lack of affinity with the horror genre means he zones in one the story's more reflective elements - loneliness, sorrow, love that knows no boundaries - allowing the nerve-shredding suspense and appalling blood-letting to form an offbeat, brilliantly-realised backdrop. Let the Right One In is a one-of-a-kind movie: superbly plotted and full of breathtaking imagery, while the leads offer two of the finest kids' performances I've ever seen - despite the fact Leandersson is dubbed. (4) 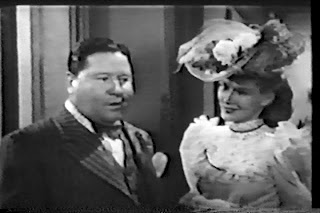 There really aren't many pictures from this film knocking around.

That's the Spirit (Charles Lamont, 1945) is an absolutely delightful ghost comedy, among the best of the succession made in the '30s and '40s. Jack Oakie plays a vaudeville performer in the early-1900s who gives up his life for that of his wife (June Vincent), as she suffers complications during the birth of their daughter. Unfortunately, he's seen shuffling off this mortal coil with a not unattractive (though bloody creepy) woman who just happens to be the spectre of death. Oakie spends the next 15 years begging to be sent back to Earth to mend his wife's broken heart, and finally heavenly bureaucrat Buster Keaton relents, allowing the chubby comic a week to clear his name and rescue the happiness of his hoofing offspring (Peggy Ryan), herself desperate to climb out from beneath the thumb of grandfather Gene Lockhart.

The film wears its heady sentiment lightly, aided by Oakie's unexpectedly poignant, powerful turn, and there's top support from peerless, pug-faced villain Lockhart, Keaton - well-used for once in a talkie - and Vincent, in a quiet, affecting performance. Ryan, well-known to '40s audiences as part of a double-act with future Singin' in the Rain dancer Donald O'Connor, is also ideal in her key role, starring in a handful of superlative numbers alongside Johnny Coy, with How Come You Do Me Like You Do the absolute standout. That's the Spirit isn't as sophisticated or as slickly-plotted as - say - Here Comes Mr Jordan, placing a greater emphasis on sheer silliness, but I found it completely winning, and was taken aback by Oakie's touching central characterisation. (4) 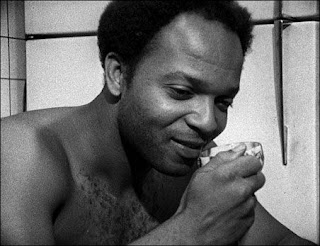 Killer of Sheep (Charles Burnett, 1977) is a compelling portrait of life in an inner-city L.A. estate - and of listlessness and depression. The rich atmosphere, often brilliant eye for poetic detail and stunning jazz-blues soundtrack makes up for the occasionally confusing plotting. There's a fantastic shot of kids chasing a train that recalls the euphoria of the most celebrated sequence in Satyajit Ray's Pather Panchali, while the images of youngsters leaping between buildings are stunning. The film also makes occasional nods to surrealism and absurdity that have influenced countless subsequent films. Like having the put-upon young girl suck her hand whilst wearing a cartoonish dog mask. The leads are superb: director Burnett uncovering a couple of real talents when casting from amateurs, even if some of the supporting players tend towards woodenness. Many have hailed the film as a masterpiece. I think it's too bitty and erratic to earn that tag, but you're unlikely to have seen anything like it before - or since. NB: the abbatoir scenes are stomach-turning, says this veggie weakling. (3.5) 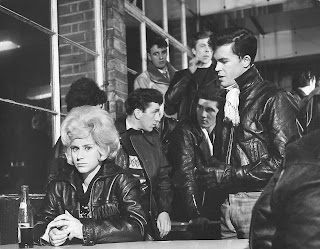 The Leather Boys (Sidney J. Furie, 1964) is a moderately-interesting period piece notable in its day for the atypically frank treatment of homosexuality, which means a lot of innuendo, one spat epithet and a strange scene in a bar with two overbearing sailors. The film combines elements of Victim (it's not afraid to just about mention gays), The Wild One (it's not afraid to overtly mention bikers) and A Taste of Honey (it's not afraid to feature Rita Tushingham as a schoolgirl claiming to be up the duff), but it's nowhere near as good as those films. Colin Campbell is the bike-crazy young man who weds the 16-year-old Tushingham, then realises that probably wasn't wise.

The film has a decent sense of the unexpected, with Campbell being the compassionate, thoughtful one and Tushingham's fictional pregnancy backfiring terribly, but it's badly-written and inconsistent in both tone and quality. Added to which, Tushingham is incredibly irritating, save for during a brief reconciliation with Campbell in the final 30 that's appealing and extremely well-acted. Goodness knows what direction she was getting from Furie the rest of the time. The second half is dominated by Dudley Sutton, giving a formidably peculiar performance as Campbell's gay mate. He has screen presence and produces several moving moments, but consistently undermines himself through whatever-that-voice-is-that-he's-doing. If you do decide to check out the film, stay with it till the end: the climax is surprisingly strong. (2) 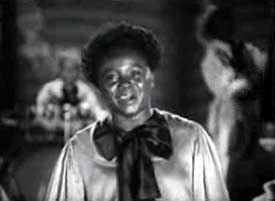 SHORT: That's the Spirit (Roy Mack, 1933) is an OK Vitaphone one-reeler showcasing yet another forgotten jazz group, this time Noble Sissle and His Band. It's pretty much par for the course, with future Monogram Charlie Chan foil Mantan Moreland and F.E. Miller as spooked nightwatchmen who discover the (inexplicably miniature) Sissle and co playin' hot jazz inside a warehouse. The band are above average, with vocalist and dancer Cora La Redd particularly impressive, but the setting is uninspired and the comic bookends aren't funny. Didn't black people scare easily in '30s America compared to whites? (2.5)
Posted by Rick Burin at 14:31

Labels: Jack Oakie, Killer of Sheep, Let the Right One In, nerve-shredding suspense, Peter Bogdanovich, review, Runnin' Down a Dream, That's the Spirit, The Leather Boys, Tom Petty and the Heartbreakers