This is part of a series that I do now and then. 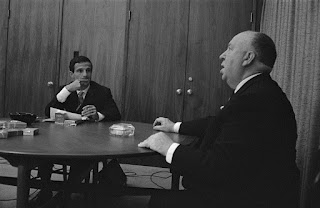 The near-legendary movie tome, Hitchcock/Truffaut (1967, updated 1983), is the subject of a new documentary, so I thought I better finally read it. It’s a sublime exploration of one virtuosic director by another and essential for anyone with 10 quid and a love of film. It changed many of my thoughts and preconceptions about movies, and about Hitchcock himself, while perhaps underlining some reservations I have about his work (he is both annoyed by and painfully conscious of the “plausibles”, those critics who criticise his work for its lack of believability).

Along the way, the Master explains the thinking – and the technical tricks – behind many of the key sequences in his films, displaying a staggering, hypnotic understanding of the medium and revealing an obsessive attention to detail that went far beyond anything I was expecting, even from a legendary filmmaker. Truffaut argues that Hitchcock is the key visual director of the post-silent era (along with Orson Welles), and describes his predecessor’s work as “pure cinema”, a fascinating distinction that prizes visual storytelling – via imagery and editing – beyond dialogue or performance.

Fascinating stuff, and a mine of Hitchcock trivia too – including some incredible ‘deleted scenes’ that were never filmed, let alone cut. I picked these 10 bits to tell you about: 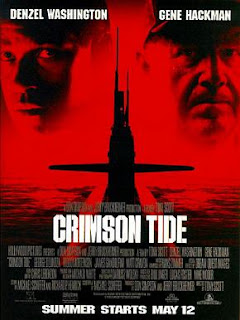 1. Period drama
Hitchcock hadn’t heard of menstruation until 1925, when he was 26. 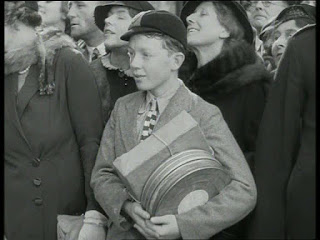 2. The problem with killing a child
Hitch regretted that suspenseful but ultimately baffling scene in his British film, Sabotage (1936), in which a child is blown up on a bus. “I made a serious mistake in having the little boy carry the bomb,” he says, with no small understatement. “The boy was involved in a situation that got him too much sympathy from the audience, so that when the bomb exploded and he was killed, the public was resentful”. He suggests that it would have worked better if the villain of the piece had killed the child on purpose – rather than by mistake – giving his sister a stronger reason for revenge, while keeping the audience on side.

3. Technicolor slaughter
Had Foreign Correspondent been shot in colour, the director could have worked in a Holland-set scene that he was never able to bring to fruition: a murder in a tulip field. A Jack-the-Ripper type approaches a girl in a tulip field from behind. As his shadow creeps up on her, the camera pans to their struggling feet, then dollies into one of the tulips, the sound of the struggle in the background. “One petal fills the screen, and suddenly a drop of blood splashes all over it.” Cut. 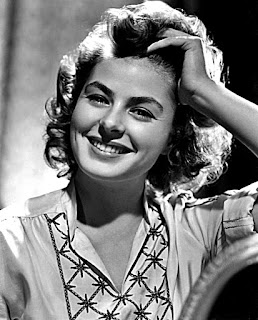 4. Sal-y sausage (or How Not to Use the Most Beautiful Woman in Hollywood)
Salvador Dali’s original idea for his dream sequence in Spellbound was hilariously impractical, but kind of brilliant. Hitchcock aimed “to convey the dreams with great visual sharpness and clarity … I wanted Dali because of the architectural sharpness of work”. Instead, the legendary surrealist “wanted a statue to crack like a shell falling apart, with ants crawling all over it, and underneath, there would be Ingrid Bergman, covered by the ants! It just wasn’t possible.” Shame. 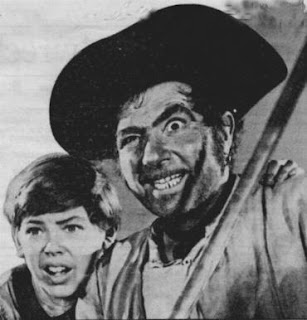 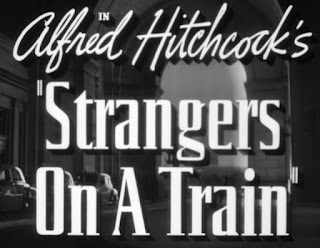 6. Suspense v surprise
Hitchcock explains his preference for suspense over surprise with the example of a bomb that we don’t know about going off, or a bomb being about to explode at 1pm. “In the first case we have given the public 15 seconds of surprise at the moment of the explosion. In the second we have provided them with 15 minutes of suspense.” In Strangers on a Train he topped a suspense sequence (Farley Granger tackling a threatening dog on the stairs) with a surprise (the identity of the person in the room he’s heading to). 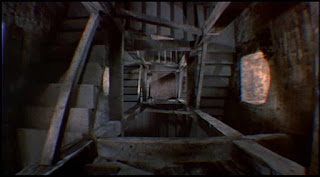 7. Office party
The vertiginous effects in The New Greatest Film Ever Made (TM), Vertigo, were based on Hitch being drunk at my office. This wasn’t exactly new – as we mentioned it in a Film Programme piece last year entitled ‘Hitchcock and the Hall’ – but it’s nice to have the full story. “I always remember one night at the Chelsea Arts Ball at [the Royal] Albert Hall in London when I got terribly drunk and I had the sensation that everything was going far away from me. I tried to get that into Rebecca [in the inquest scene], but they couldn’t do it. The viewpoint must be fixed, you see, while the perspective is changed as it stretches lengthwise. I thought about the problem for 15 years. By the time we got to Vertigo, we solved it by using the dolly and zoom simultaneously.” The effect cost $19,000. 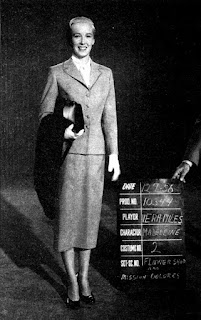 8. Miles from stardom
Vera Miles was the original leading lady in Vertigo, having been fitted for her wardrobe and done final tests, only to be forced to drop out. “She became pregnant just before the part that was going to turn her into a star,” said Hitchcock. “After that I lost interest; I couldn’t get the rhythm going with her again.” 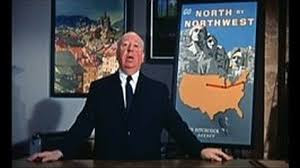 9. Detroitus
One amazing idea that Hitchcock devised for North by Northwest, but never used, was this scene set at the Ford factory in Detroit: “I wanted to have a long dialogue scene between Cary Grant and the factory workers as they walk along the assembly line. They might, for instance, be talking about one of the foremen. Behind them a car is being assembled, piece by piece. Finally, the car they’ve seen being put together from a simple nut and bolt is complete, with gas and oil, and all ready to drive off the lines. The two men look at it and say, ‘Isn’t it wonderful!’ Then they open the door to the car and out drops a corpse.” Sadly he couldn’t find a way to integrate it into the story (that never really stopped him before). 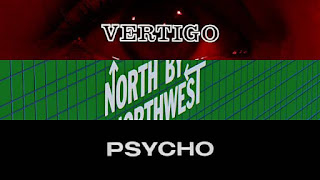 His credits were cool though.
10. Bass, how low can you go
Credits maestro Saul Bass designed the first version of Arbogast’s ascent of the stairs in Psycho, but really badly. Hitch’s explanation explains how he built the tension during the film, and how Bass's ideas threatened to dissipate it: “There was a shot of [Arbogast’s] hand on the rail, and of feet seen in profile, going up through the bars of the balustrade ... it wasn’t an innocent person but a sinister man who was going up those stairs ... We had gone to a lot of trouble to prepare the audience for this scene: we had established a mystery woman in the house; we had established the fact that this mystery woman had come down and slashed a woman to pieces under her shower. All the elements that would convey suspense to the detective’s journey upstairs had gone before and we therefore needed a simple statement. We needed to show a staircase and a man going up that staircase in a very simple way.”

Thanks for reading.
Posted by Rick Burin at 19:09