I've been out and about. Read some books too. 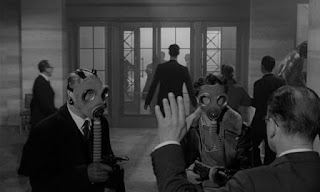 The League of Gentlemen (Basil Dearden, 1960) - A superior, extremely punchy British crime caper from the start of the ‘60s, with Jack Hawkins reacting to being kicked out of the army by recruiting a litany of dishonourable dischargees to rob a bank.

It’s weirdly – even poorly – paced, and only really achieves the desired air of fatalism in its final reel, but the cast is a who’s who of contemporary talent and the film is full of brilliant, stylised Bryan Forbes dialogue, including that famous, rather misogynistic gag about Hawkins’ wife (represented by a portrait of Deborah Kerr from The Life and Death of Colonel Blimp).

Some may struggle to get on board with a movie in which the heroes include a flasher who likes pretending to be a priest (Roger Livesey), but the film’s anti-everything cynicism is actually gloriously refreshing and it all builds to a wonderfully satisfying climax – from the atmospheric, beautifully-photographed heist (Smoke! Gasmasks! Impressive economy!) to a farewell party and beyond. Nigel Patrick is particularly good as Race, a refined former blackmarketeer enlisted for his transport nous. (3.5) 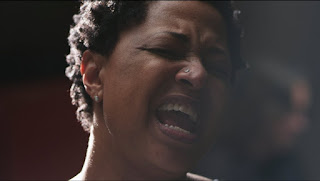 20 Feet from Stardom (Morgan Neville, 2013) - Full disclaimer: I was having a bit of a chat while this was on, so I’m even less equipped than usual to offer an opinion.

It’s a heartfelt documentary about African-American backing singers from the ‘60s to the present day, focusing on the likes of Darlene Love, Lisa Fischer and Merry Clayton – all of whom I’d heard, but none of whom I could’ve named, since they’re rather better known for their contributions to other people’s work than on their own terms.

It seemed to me like a worthwhile film – with some great moments – that suffered a little from a jumbled structure and story threads varying in interest. There are many arresting moments and telling anecdotes, though, alongside a neat gimmick isolating the backing tracks to underline their sheer power, resonance and quality, as well as a handful of tall tales that have since been rather comprehensively debunked. I don’t necessarily understand why it won the Oscar, but then I rarely do. (3) 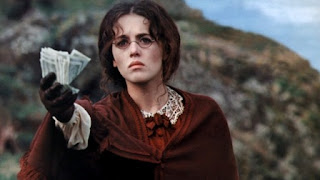 The Story of Adele H (Francois Truffaut, 1975) - Francois Truffaut’s passion for making period dramas seems to have completely outstripped his aptitude for them, as this is another prettily-photographed borefest along the lines of Anne and Muriel, with the same uncomfortable bilingual presentation and complete monotony of tone.

Isabelle Adjani is quite good as the title character, the daughter of Victor Hugo, who is driven to distraction and then insanity by her unrequited love for a caddish soldier (the future writer-director of Withnail & I, Bruce Robinson).

It sounds promising and Néstor Almendros’s cinematography is once more sumptuous, but the (true life) story itself is interminable: just the same thing over and over, without wit, respite or even any great insight, not helped by Truffaut’s perverse dedication to the idea that Adele’s meltdown is the only thing worth investigating, not her seduction and not any potential last-act catharsis.

Like Les quatre cents coups, it ends with a monochrome freeze-frame (of a sort), but whereas that film buzzed with life and invention - and bristled with hurt - right up until its final frame, this one just sort of sits there. 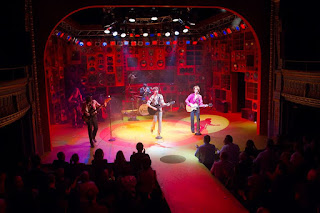 THEATRE: Sunny Afternoon (The Harold Pinter Theatre) – An entertaining Kinks show that’s at its best when dealing with Ray Davies’ personal issues – artfully integrating his timeless songs into a nicely paraphrased story of sibling rivalry and crippling despondency – or giving us big, stompy musical numbers performed by on-stage musicians, at its worst when whining at length about greedy industry agents (they may have right on their side, but there’s little more tedious than rock stars moaning about money) or going for the purely cartoonish over the authentic or the intelligently heightened.

There’s some dialogue-writing-by-numbers (Ray's wife keeps saying "It's ahright") and musical-writing-by-numbers, as an outfitting results in the group singing Dedicated Follower of Fashion, but mostly it’s deftly done and the delightfully populist presentation of Sunny Afternoon – evoking the summer of ’66 – beautiful lead in to Waterloo Sunset (deftly mythologising its different, complementary, immaculately congealing parts) and crowd-pleasing encore are superbly handled.

The cast is mostly pretty good too, especially Danny Horn as the diffident, difficult but sympathetic Ray, and Oliver Hoare in a more obvious, showboating performance as the hellraising, whisky-swigging, cross-dressing Dave, and while the script sometimes gets lost in self-pity or trades lazily on jokes about events to come (Lennon ‘wouldn’t stay in bed for days’, McCartney ‘wouldn’t let his wife sing on his records’), the overall effect is rather lovely, lit by some conventional but exuberant staging and a frankly improbable number of brilliant songs: taking place chiefly from 1964-7, but integrating more obvious numbers from later on, we don’t even hear from the majestic but relatively idiosyncratic Village Green or Arthur eras. (3) 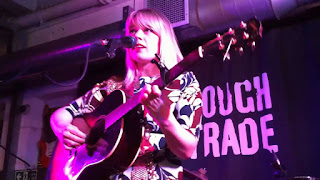 GIG: Basia Bulat (Rough Trade East) – An irresistible mini-gig from Canada’s best half-Polish folkie (and just about my favourite act of recent years), the mellifluous, extraordinarily distinctive Basia Bulat. Ditching her usual autoharp in favour of a guitar and a three-part backing band, she launched her new pop record, Good Advice, with a seven-song set comprising five new songs and two old ones (Heart of My Own and It Can’t Be You) – the oldies, as well as Someday Soon, performed solo. Highlights included an explosive version of the stunning Fool, her vocal modified into something harder from the trilling falsetto on the album due to the battle with the band, and two of the catchiest things Bulat has written – aside from which they could scarcely be more different – the knockabout, self-mocking La La Lie and the plaintive, exploratory In the Name Of. Her London show in September was the best show I saw last year; I’m back for another full-length concert in April, but until then this will do nicely. (4) 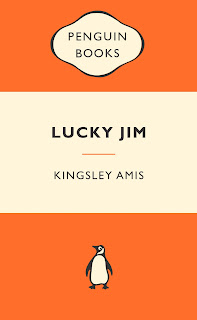 Lucky Jim by Kingsley Amis (1954) - Not a word is wasted in Kingsley Amis’s effortlessly brilliant debut novel, the pungent, uproarious and – for me – alarmingly relatable story of Jim Dixon, a lecturer at a red brick university who is caught between two very different women, and plagued by a litany of unspeakable men, as he attempts to hold on to his job and arrest a casual but definite decline brought on by booze, poor fortune, general confusion and a tragic inability to Play the Game. Barely a sentence goes by without Amis introducing some black, bleak or brilliant idea, revolving on some inspired turn of phrase, and the book’s blending of the cynical, romantic and inutterably, breathtakingly funny is just about perfect. A wonder. (4) 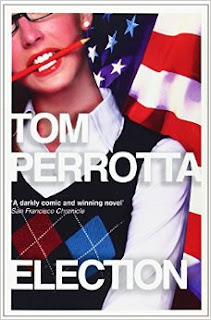 Election by Tom Perrotta (1998) – An absolutely exceptional story told from five vantage points, and prefaced with perfection by Irish novelist William Trevor's observation that "the world is the school gone mad". Mr M is a progressive, popular young teacher who becomes rather too involved in the election of the school president, a three-way fight between the high-achieving Tracy Flick, clever, warm-hearted Paul Warren and Mark’s sister: a sarcastic, malevolent, romantic lesbian whose campaign slogans include, “Vote for Tammy, she’s inexperienced and kind of lazy”. The story may be familiar from Alexander Payne’s excellent cinematic adaptation (with Reese Witherspoon a fitting Flick), but the book is rather different: not a vicious, misanthropic satire, but a sharp, dark, extremely and unexpectedly poignant work that cares for each of its characters, making you laugh out loud, rage and broil, then undercutting all of that with moments of desperate sadness. (4)

Thanks for reading.
Posted by Rick Burin at 17:57