Hulk, Jeanette MacDonald and two men who would be king - Reviews #219 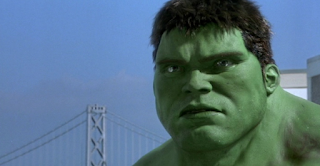 "So, Ang, the film's due tomorrow. Obviously we know your reputation as the director of The Ice Storm and Crouching Tiger, Hidden Dragon, so we've been happy to just leave you to it. How's it all looking?"
"It’s looking great... Let me just say, I think you're going to be very pleased."
"Fantastic – just what I wanted to hear! Is there lots of action?"
"Yes, there's lots of action."
"Great."
"At one point a psychotic old man sets three rabid dogs on the love interest and they try to rip off her head."
“Err… OK. That’s not exactly... but, yes, as long as there’s lot of action. That’s not the only bit, is it?”
“No, of course not. Do you like bouncing?”
“In what way?”
“You know, people bouncing a lot?”
“No, why?”
“No reason.”
“Erm, right. Now you mentioned a love interest. That’s great, we need that.”
"Yes, lots of love in there."
"Well, so long as the hero’s girlfriend doesn't betray him to the military for no reason!"
"[nervous laughter]"
"So, lots of action, lots of romance, sounds like a lot of fun."
"Yes, it's very fun, it's just a fun summer popcorn movie about a man trying to come to terms with watching his dad stab his mum to death as a child."
"Wait, what?"
"Yes.”
"Why've you done that?"
"What?"
"Made our big, green movie a horrifically gruelling Freudian drama about domestic abuse."
"Action figures?"
“It's frankly a long shot, Ang. Have you seen the Nil by Mouth merchandising numbers? I have, and... oh no, I've just thought of something."
"Go on."
"Eric Bana. We gave you Eric Bana. There's no way he'd be able to pull off a role of this complexity. Is there?!"
"No. He couldn't do it."
"Oh, well that’s a relief, I suppose. But I didn't hear anything about re-casting. Who did you get instead?"
"No-one. We just have Eric Bana not being able to do it. Jennifer Connelly can't do it either. And Nick Nolte does what he can, but his character makes no sense - he'll reach some point of pathos or resonance and then just start screaming abuse or electrocuting himself. To be honest, the premise was kind of spoiled by all of the dialogue and also the cast.”
“I thought you said it was great.”
“No, I said it’s looking great. I’ve got this really cool gimmick where the movie frames look like comic book panels.”
“Is that all?”
“No, Danny Elfman’s written me a nice score. Sam Elliott isn’t bad, I suppose, and Jennifer is gorgeous.”
“And I bet Hulk himself looks great, given that Terminator 2 came out 22 years ago, and even since that landmark in visual effects we’ve had massive advancements in technology.”
“No, he looks like a fat cartoon Jeffrey Hunter.”
“You know I’m going to lose my job, don’t you?”
“I know.”
“Bye.” 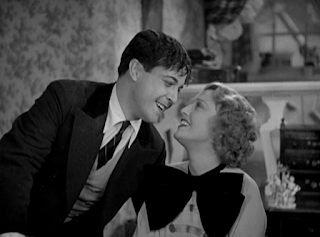 The Cat and the Fiddle (William K. Howard, 1934) - A delightful, marvellously inventive if not quite classic musical-comedy about operetta writer Ramon Novarro and Tin Pan Alley-style tunesmith Jeanette MacDonald meeting cute in Brussels, falling in love through their overlooking windows, then breaking up when he decides he needs to make it by himself before they can be happy.

That stock ‘30s rom-com device is the only thing formulaic or over-familiar about this charming concoction, which weaves in its tunes in the same naturalistic but knowing style as Mamoulian’s classic Love Me Tonight (also starring MacDonald), reunites Novarro and Jean Hersholt in a similar master-pupil relationship to the one they enjoyed in Lubitsch’s immortal Student Prince in Old Heidelberg, and casts a certain dizzy Pre-Code spell, by turns romantic, moving and quite preposterously sexy. The moment where Novarro throws his career to the wind, then takes MacDonald back to her room is close to perfection.

Like The Merry Widow – made by Lubitsch and MacDonald the same year, such was the incestuousness of such films – it spends too long being too gloomy after a bewitching beginning, but like that film it’s full of bright music, amusing supporting performances (special mention for the hilarious Charles Butterworth, another Love Me Tonight alumnus) and ineffable old fashioned movie magic, not least when it bursts into colour for the final reel! The leads are simply irresistible. (3.5) 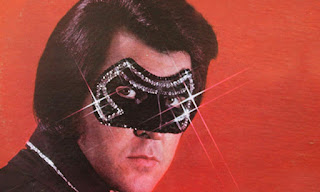 Orion: The Man Who Would Be King (Jeanie Finlay, 2015) - A fantastic story, told almost as well as it could be, about a masked Elvis soundalike who was marketed to a public that didn’t want to believe the King was dead. That man was Jimmy Ellis, an unhappy, womanising, frustrated, ultimately tragic artist who made a Faustian pact for fame, and unsurprisingly struggled to live with the consequences. Working with a limited amount of archive film, director Jeanie Finlay weaves this stranger-than-fiction tale with the use of talking heads, intelligent reconstructions, melancholic bucolic footage and audio interviews, and while a few interesting eyewitnesses are absent – including Ellis’s various wives – and it doesn't always delve as deeply as it might, the result is a compelling, fascinating film with a couple of devastating late twists. (3) 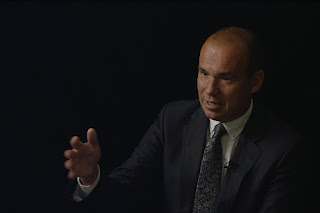 Samurai and Idiots: The Olympus Affair (Hyoe Yamamoto, 2014) - This insightful documentary is flawed filmmaking but offers a rare, fascinating glimpse of how Japan sees its companies, its visitors and itself, with echoes of Kurosawa’s classic indictment of corporate power, The Bad Sleep Well.

It’s superficially the story of Michael Woodford, a Scouse businessman who rose to the top of the Japanese camera company Olympus before being unceremoniously tipped out of his seat after asking a few awkward questions about dodgy accounting practices. I’d argue that he has surprisingly little news sense, though. He keeps saying he'll go public with "governance concerns" rather than $1.7BN FRAUD.

In some ways the film is a little disappointing – our apparently hero’s rather terrifying feudal adversaries are only given a voice in fascinating archive footage, and the movie could do a better job of both explaining the wrongdoing and remembering that it is not a PowerPoint presentation – and yet it’s ultimately so surprising and enlightening in its portrait of the Japanese national character that it’s almost great. (3) 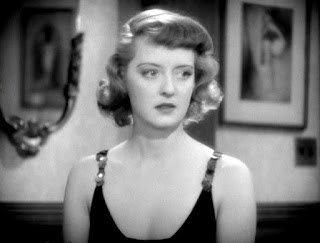 Marked Woman (Lloyd Bacon, 1937) - A distinctive if not exceptional crime film, based on Lucky Luciano’s 1936 trial, about prostitute Bette Davis and her working girl pals helping to bring down a mobster (Eduardo Ciannelli), with the help of crusading assistant D.A., Humphrey Bogart.

This “ripped from the headlines” tale isn’t one of Warner’s gangster classics, being too pedestrian for the most part – cursed with a weak comedy interlude featuring Allen Jenkins and a lousy subplot about Davis’s kid sister (Jane Bryan) – but Body and Soul writer-director Robert Rossen and Abem Finkel contributes some superior lines, Bogart gives probably his best pre-High Sierra performance, and Davis is simply scintillating, finally given something proper to do after years of being taken for granted.

Even without those virtues, the premise would be sufficiently unusual to give this one a look, while director Lloyd Bacon also brings a verve and imagination to Marked Women that’s missing from most of his work (the mark of an uncredited Michael Curtiz, perhaps), including a blast of sickening off-screen violence and a brilliant downbeat ending far removed from Hollywood cliché. (3) 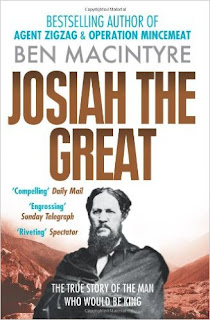 Josiah the Great by Ben Macintyre (2004) – This one didn’t quite do it for me. The story of Josiah Harlan, the 19th century American adventurer who became an Afghan prince (sort of) and provided the pattern for Kipling’s Man Who Would Be King, it’s written in a slightly less formulaic fashion than Macintyre’s later books (I’m not knocking him, he’s a compulsively readable writer, but he has certain stock devices he’s liable to lean on) but based primarily on Harlan’s unpublished memoir, which even in this edited form is long-winded, unfocused and often just about the fruits and flowers he’s seen. It’s also oddly paced and has no real dramatic peaks, with little of the suspense, dry humour or rich emotion that fill Agent Zigzag, Operation Mincemeat and A Spy Among Friends, the author’s books on 20th century history. There’s none of the bromance, either, the primary currency of any Macintyre work. It’s a reasonably interesting tale, with some very valuable parallels to the present day situation in Afghanistan, but I wasn’t itching to pick it back up again and ultimately felt rather underwhelmed. (2.5)

Thanks for reading.
Posted by Rick Burin at 13:10