Jason Robards, Naked, and why Hollywood ignored the Nazis - Reviews #207 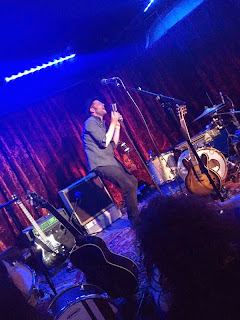 Over the bank holiday weekend, I saw Paul McCartney, David Ford (above) and Al Pacino. Here is all the other stuff I've done lately. 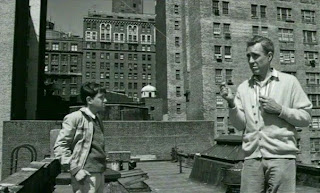 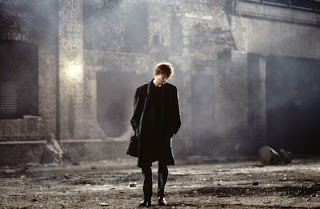 David Thewlis uses up all the genius he ever had as motormouthed Mancunian misogynist Johnny, a man with a rapier wit and a rapey personality, who staggers through a series of vitriolic, vituperative encounters with lonely, damaged people in a dying London, using his intellect and his sexuality as the deadliest, direst of weapons.

His interactions with a sweary Scottish homeless guy (Ewan Bremner) and a sexually frustrated security guard are simply the stuff of legend.

I'll never get over how much I love Katrin Cartlidge's voice, either, and for Potterheads there's the sight of the young, highly unwashed Lupin pretending to be a werewolf. 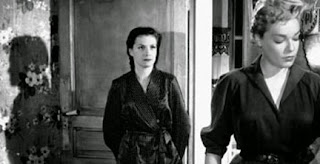 Les Diaboliques (Henri-Georges Clouzot, 1955) - The wife and the mistress of the world’s most unpleasant man plot his death in this stunning genre-hopper from Wages of Fear director Clouzot. It’s cynical and gripping, with flashes of humour and humanity, and Simone Signoret exuding malignant cool as a peroxide, jump-suited murderess with killer shades. There's twist after twist after twist - and the final two are just dynamite. (4) 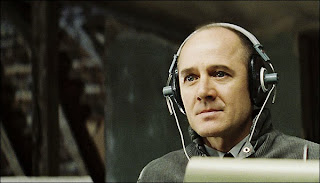 The Lives of Others (Florian Henckel von Donnersmarck, 2006) - This is probably the most widely-praised film I'd never seen (except Fury Road, but that only came out about eight minutes ago), so I thought I better finally get around to it.

It’s a brilliant story, brilliantly told, in which a security service operative (Ulrich Mühe) in mid-'80s East Germany is asked to spy on a renowned playwright (Sebastian Koch) - apparently loyal to the communist state - and finds his blind loyalty to his paymasters severely tested. While it could look a little more dynamic, possessing a glossy TV-movie appearance at odds with the chilly subject matter, and has a little flabbiness around the middle, there's little else to quibble with in this Tinker-Tailor-with-a-Stasi-spin, which is emotionally complex, increasingly gripping and builds to a wonderful, satisfying finale.

A film so preoccupied with the plight of artists could conceivably have alienated a broader audience, but this one invests so much in its taciturn, conflicted anti-hero that its resonance is enormous, and probably universal. Mühe, who tragically died just months after release, is simply excellent as the man scrubbing himself quietly clean after taking a long bath in the moral morass. (3.5) 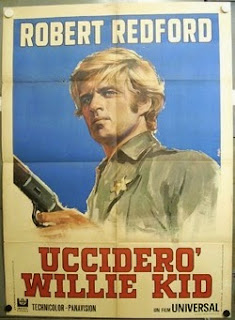 Tell Them Willie Boy Is Here (Abraham Polonsky, 1969) - Abraham Polonsky’s allegorical Western isn’t quite as great as you’d like it to be, but it is important and fascinating, with some exceptionally good dialogue.

Polonsky was one of the best screenwriters of the late-1940s and had just graduated to directing, with the superlative crime parable Force of Evil, when the hammer fell. As Hollywood was gripped by anti-communist fervour, the lifelong Marxist was denounced as “a very dangerous citizen” in the HUAC hearings and found himself blacklisted.

It wasn’t until 1968 that Polonsky’s name appeared on screen again, when he wrote the script for a police procedural, Madigan. A year later, he directed his first film for 21 years, Tell Them Willie Boy Is Here. To put that in some sort of relatable context: when Force of Evil came out, George Harrison was five; 1969 was the year of Abbey Road.

The film deals with a real-life event from 1901 that must have been hugely attractive to someone who had been through what he had, being the story of a proud Native American (Robert Blake) who kills in self-defence and then flees on foot, pursued by dozens of lawmen, vigilantes and federal officers. Here, the manhunt is led by a conflicted sheriff (Robert Redford) living in the shadow of his dead father.

It’s a movie lit by Polonsky’s characteristically brusque, brilliant dialogue – “You’re not mayor yet,” Redford tells a politician while they’re on the hunt, “you’re just runnin’ – like Willie Boy” – and some glorious imagery: dust-drenched vistas boiling in the sun. The action, when it occasionally intrudes, is also superbly handled, and the film is awash with ideas: about community, justice, persecution and personal identity.

Where it falls down, though, is in the muddled story – littered with muddy, poorly-defined characters engaged in confused relationships - and the performances, which are uniformly mediocre (though Blake is the best thing on show). Whenever the film starts to work up some momentum, Katharine Ross turns up in brownface, or Redford starts yelling at his doctor girlfriend, and it all falls away again.

I’m a big admirer of Polonsky, as both a writer and a man, and I wish this was another classic in the Force of Evil vein. Though it's not, we can at least revel in his language – both audible and visual – and the cherished, confrontational ideals he looked to wallop across in his work. (3) 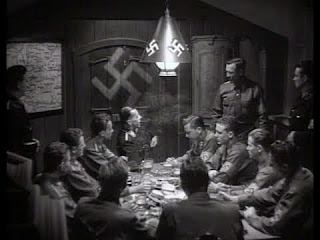 The Mortal Storm (Frank Borzage, 1940) - From 1933 onwards, the head of Hollywood’s censorship office, fascist sympathiser and notorious anti-Semite Joseph Breen, prevented the studios from making films which were critical of Nazi Germany. He did this using point 2.2 of the Motion Picture Production Code:

“That special care be exercised in the manner in which the following subjects are treated, to the end that vulgarity and suggestiveness may be eliminated and that good taste may be emphasized:

On those rare occasions when Hollywood made films set in Germany, it tended to sidestep the issue completely. In Charlie Chan at the Olympics, which features footage of the 1936 Games in Berlin, the teutonic police force were not virulent racists, merely officious types who looked like the Kaiser in a WWI helmet. Anti-Nazi films were frequently planned but never delivered, and The Life of Emile Zola included not a mention of Joseph Dreyfus’s Jewishness, or the anti-Semitism so crucial to the case that Zola so celebratedly took on. Studios, afraid of losing the lucrative German market even though they were all run by Jewish businessmen, were fairly happy to oblige, and MGM put pressure on the great and unspoken Myrna Loy to apologise, after she criticised Hitler and her movies were banned. She refused, because she was a badass.

In 1939, 12 months after Breen had followed the Pope's lead in denouncing Nazism, Warner were able to make Confessions of a Nazi Spy, which dealt with German espionage within the States. The following year, MGM finally summoned the courage to make an anti-Nazi film of its own, The Mortal Storm, though it doesn’t say the word “Nazi” at any point, and nor does it say the word “Jew” (the Roth family, central to the story, are referred to only as “non-Aryans”, which seems almost more inflammatory). It was the first American movie to deal with domestic life in the Third Reich. Upon seeing it, Hitler, with his customary good grace, immediately banned all MGM films, past, present and future.

Frank Morgan plays a respected biologist and professor whose family is split by the rise of the Nazis (though we’re quite late to the story, as it begins the night they come to power), his adopted sons joining the party, but his daughter (Margaret Sullavan) falling in love with a dissident (James Stewart) who stands by his rebellious former mentor, a Jew.

The film seems Hollywoodised, artificial and – seen after the revelations of the death camps – absurdly rose-tinted, with the Roths persecuted, but more so because of what they believe than because of their race. They’re also shot at whilst fleeing the country or made to work in forced labour, not shipped into camps and gassed to death. And The Mortal Storm is the only serious anti-fascist polemic that includes a ski chase.

But the film is very well-cast and acted, with Robert Young’s inherent dislikeability for once put to fairly good use, an interesting part for the very Aryan-looking Robert Stack, and absolutely exceptional performances from Morgan and Sullavan. Morgan, who played the Wizard of Oz and was the only MGM performer on a lifetime contract, was usually utilised as a comedian but was also one of the most underrated dramatic actors of the period, and his turn here is every bit as good as in The Nuisance, The Human Comedy and The Vanishing Virginian (also with director Frank Borzage). Sullavan quit the screen for seven years from 1943, but in her early years made four films with Jimmy Stewart that are still celebrated today, including Lubitsch’s immortal Shop Around the Corner. Few people ever cried as magnificently, or combined the earthy and the ethereal so well, even if she does run funnily.

There are also plenty of Borzage’s flourishes here, though until the last scene nothing to rival his magnificent late silents (like Lucky Star, which also employs snow for a memorable finale). Then the camera starts to tell the story, moving around the rooms like Hitchcock’s did in Rebecca the same year, and putting across the film’s rather botched message as well as is really possible. MGM chooses to ally morality with religion and paint its story as one of free speech and intrusive police, love thwarted and God denied. Not a bad start from them, and more credible perhaps than the embarrassingly one-dimensional propaganda pieces that followed, but not as thoughtful, complex or extensive as a film like this really should be.

It was hilariously marketed as basically "another MGM adaptation of a book", adapted as it was from a novel by English author Phyllis Bottome.

Forget it Rick, it’s Hollywood – at least they managed it in the end. (3) 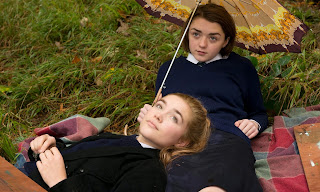 CINEMA: The Falling (Carol Morley, 2014) – This much-lauded indie isn’t even faintly successful (‘faintly’, like the people in it keep fainting), a hodgepodge of other, better movies, with almost nothing of value aside from a few pretty images, a nice Tracey Thorn soundtrack and a charismatic performance from Maisie Williams – well, aside from her curious inability to laugh convincingly – playing an influential, troubled teen whose fondness for fainting sets off an epidemic in her cloistered all girls’ school. Call it We Need to Talk About Faintin’, Sub-par-marine or Picnic at Hanging Cock, but it’s more like The Emperor’s New Clothes. (1.5) 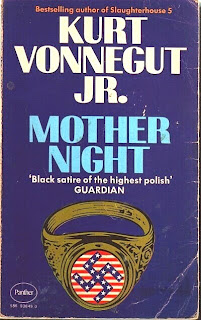 Mother Night by Kurt Vonnegut (1961) – Dangerous and dangerously funny, with Vonnegut mining race hate for all the black comedy he can find; and he's poignant with it. A slim, blistering masterpiece from one of the great novelists. (4) 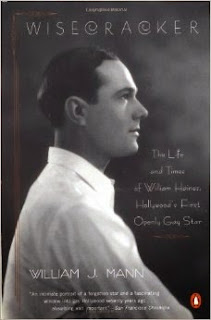 Wisecracker: The Life and Times of William Haines, Hollywood’s First Openly Gay Star by William J. Mann (1999) – An OK Billy Haines biog, best when it’s dealing with the actor’s battle with MGM – which wanted him to acquiesce to a sham marriage – and documenting the evolution of the gay community in Hollywood. Unfortunately there’s also an abundance of speculation, a tendency to claim that every famous actor of the 20th century was a homosexual (an unfortunate predilection of many gay historians) and a wealth of material about interior decoration, Haines’s chosen profession once he’d been booted out of the film industry. It’s unlikely that anyone is going to be fully satisfied by such disparate parts, or by a book that frames itself as a love story but is unable to provide almost any information about its central relationship. Also there’s only so many times you can describe some bits of furniture without it getting boring – I’d say two, Mann pegs it closer to 1,700. (2.5) 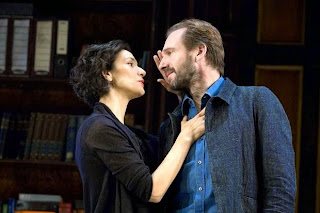