The first night of the Bradford International Film Festival, featuring a singing frog, some magic glasses and the triumphant return of the great Whit Stillman. 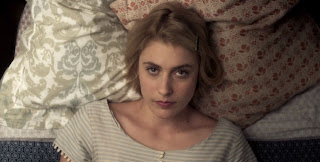 Whit Stillman is back. The writer-director of Metropolitan, Barcelona and The Last Days of Disco was thought to have retired, his career having not stirred since 1999. But no. Apparently he’s just been writing scripts that no-one would fund. Until this one.

Damsels in Distress is a college comedy about a group of girls – all named after flowers, as it happens – who spot vulnerable new additions to the roster and try to help them, through their Suicide Prevention Centre (“They say with illness, prevention is nine-tenths the cure. With suicide, it’s actually ten-tenths.”) There’s no counselling or medication, just free doughnuts, unlicensed aromatherapy and tap dancing. A whiff of free motel soap does prove to be a pleasant contrast to the nasally-damaging sensory assault of frat boys, but the other methods are less successful, as student “conmen” keep pretending to be depressed for the free food. This being college, and this being Stillman, plenty of the story also regards romantic entanglements – with frat boys, a “playboy-or-operator-type” and a Spanish religious zealot.

The film is brimming over with that unique, hilarious Stillman dialogue we’ve been missing for the last 13 years: cool people “lacking humanity”, confusion over the spelling of the name “Zorro”, and references to a time before anyone “started being nice to weird and unpopular kids”. He’s a wildly subversive writer, with a distinctive and fiercely individual viewpoint, seeing everything from a fresh angle. In Metropolitan his characters criticised “public transport snobs” who wouldn’t take taxis, called socialist philosophers “patronising” and pontificated on the discreet, oft-overlooked charm of the bourgeoisie. In Barcelona, the virtues and vices of American imperialism were dissected in typically offbeat fashion. And in The Last Days of Disco, Stillman espoused the theory that the death of Bambi’s mother was a formative incident for an entire generation that consequently embraced animal rights. It makes you think that Stillman would make one hell of an essayist. He’s certainly one hell of a filmmaker. Here he offers an absurdist take on pushy parents and laments the degeneration of homosexual culture, from Wilde to macho posturing.

As always, he gives his characters absurd, unforgettable back stories. In the past we’ve had a supposedly gifted student fail a crucial exam because a girl kept snapping her bra strap, and the tragic tale of Polly Perkins (“It’s a composite – like New York Magazine does”), which shed light on the many wrongdoings of Metropolitan’s heinous Rick von Sloneker. Here there are several, including those of queen bee Violet (Greta Gerwig), slickster Charlie and the blank-faced Thor, who’s going to “hit the books really hard” in order to learn his colours. Stillman makes much in his films of affectations and the projected image: in The Last Days of Disco, Chris Eigeman pretended to be gay for convenience’s sake, while Chloe Sevigny made a Scrooge McDuck-themed hash of playing it sexy. There are big lies again here, as Stillman returns to his favourite theme: the search for identity and a purpose in life. These are characters in flux: they change and solidify before our eyes. And then, quite often, they pair off. 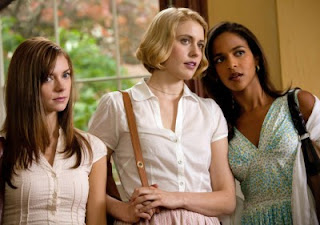 It’s hard to describe the plot of Damsels in Distress. Really it’s the antithesis of formula filmmaking: novelistic and unpredictable, with constant diversions and twists you can’t anticipate, as in real life. And in a sense it is like real life, only with better dialogue and a taste for the fantastical. Stillman has always had a delightfully unselfconscious fondness for dancing. His films have had limbo competitions, “bible-dancing”, a formal dance and an entire film based around disco, with a climax set to Love Train, in which people shimmy along a train carriage. In Damsels, all Gerwig wants to do in life is help people – and start an international dance craze. Her unskilled jaunt down a dorm room corridor is a highlight, before the film passes into genuine musical territory for its closing five minutes, as it builds on those nods to Fred Astaire – tapping, a character who insists on being called “Freak Astaire”, the film’s title and occasional blasts of the old Gershwin standard Things Are Looking Up – by exploding into an all-singing, all-dancing extravaganza. That song is one of the loveliest from A Damsel in Distress, the London-set 1937 musical that gave Fred a brief break from Ginger, and almost destroyed the career of the 17-year-old Joan Fontaine. Leaping into musical territory is a filmic trick that can go very badly wrong, but it’s done with such sincerity and such a genuine love for the genre that it’s a move of complete inspiration.

The cast is largely excellent. Gerwig – who strongly resembles Stillman’s last leading lady, Sevigny – was a heroine of the “Mumblecore” genre before her break-out performance opposite Ben Stiller in Greenberg. Speaking in that curious way common to all the director’s central characters and asked to essentially carry the film in an extremely tricky part, she’s absolutely magnetic: juggling conflicting, contrasting character traits from one moment to the next, as her character variously finds and loses herself, helps and hinders others and may be either a life-saver or a joke. Analeigh Tipton – who was the babysitter in Crazy, Stupid, Love – plays Lily, and has much in common with Gerwig, in that her strikingly large features appear to be trying to escape from her face. As a new addition to the group, her character is forced to wrestle with their peculiarities, whilst negotiating a love life that sees her periodically deceived, confused and asked to have sex in an uncomfortable way. It’s another busy part and she’s fine in it. It took me a little while to acclimatise to the English Rose (Megalyn Echikunwoke), but she, erm, grew on me increasingly throughout the movie. The fourth member of the group, Heather (Carrie MacLemore), a principle-light dummy, seems a strangely conventional part, at least on first viewing, but MacLemore tackles it with admirable gusto. 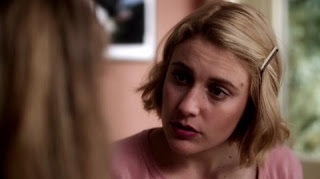 The performances from the men aren't as uniformly strong, though Stillman does at least share out the great lines. Adam Brody is good as strategic developer Charlie (yes, the familiar Stillmanian names Charlie and Fred appear again), and Billy Magnussen makes an amusing idiot, but Ryan Metcalf – as the blue-eyed, fairly unattractive, fairly unintelligent Frank – is a touch inconsistent, and Hugo Becker isn’t great as Lily’s unconventional latin lover. Perhaps the best of the bunch is Zach Woods in a cinematic first: the Chris Eigeman character not played by Chris Eigeman. His potential baddie (yes, another Stillman villain called Rick – and this time he’s a journalist as well) is reminiscent of Eigeman’s Nick in Metropolitan, who I can confidently say is the funniest movie character of all time. Even funnier than Lee Tracy in Blessed Event. While Eigeman doesn’t turn up this time (which is a crying shame), two other members of the Whit Stillman Stock Company do appear: Taylor Nichols – a key part of his first two films – and Carolyn Farina, the Jane Austen-loving love interest in Metropolitan, whose career inexplicably failed to ignite in the early ‘90s. Fans of modern TV comedy will also be glad to see appearances by Arrested Development's Maeby (Alia Shawkat) and deadpan Parks and Rec star Aubrey Plaza, playing Depressed Debbie, who is – if anything – even more sardonic than her small screen character April.

Damsels’ treatment of mental illness is confrontational, but it’s unusual in that it's neither sensationalist, simplistic nor in bad taste. While some characters utter troubling or controversial views (a street cleaner memorably says that people who commit suicide are selfish, thinking only of themselves, as he has deal with the "mess"), Stillman credits his audience with enough intelligence to see the potential irony in such statements, and draws humour not from the plight of depressed people, but from the in-film battle over those people’s minds, and from farcical details - like an unhappy student leaping from the top of a fairly squat building and hurting his leg. Characters who have mental illness, obsessive personalities or psychotic episodes have often peopled Stillman’s work. It takes a great writer, and an empathetic one, to mine humour not from their predicaments, but from their circumstance, and question perceived wisdom about how they should be treated.

I like Whit Stillman more than any other modern filmmaker: for his glorious dialogue, challenging, surprising worldview and superbly-drawn characters. With this belated return to the screen, he had plenty to live up to. So how does Damsels measure up? Well, on a first viewing, it’s a worthy addition to the canon, with the slightly underwhelming digital visuals – a touch too bright and TV movie-ish – quickly forgotten thanks to an engrossing, meandering story, superb work from Gerwig and a script that has more great lines than anything I’ve seen so far this decade. But who watches Whit Stillman films just once? Barbarians, that’s who. Metropolitan (a romantic comedy-adventure in the land of the aristocracy and one of my favourite 10 movies of all time), the exceptional Barcelona and the finale to his “doomed bourgeois in love” trilogy – The Last Days of Disco – have all got better and better with each watch: revealing telling lines and sublime jokes you missed first-time around, highlighting the perfectly-rounded characters, and showcasing the cleverness and coherence of his themes and his singular viewpoint. It’s only repeat viewings that will reveal the precise depths of Damsels’ myriad charms. (4) 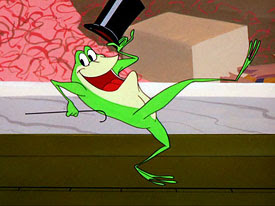 SHORT: One Froggy Evening (Chuck Jones, 1955) – Hysterically funny cartoon about a builder who finds a singing frog from the 19th century and tries to make a fortune. The gag about the “psychopathic hospital” doesn’t play so well today (I know I'm touchy), but the rest of it is amazing. (3.5) 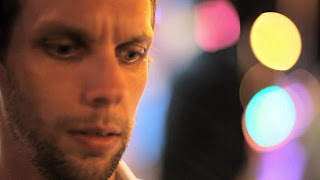 SHORT: 2:20 (Jason Wingard, 2011) – The winner of Virgin’s shorts competition is an OK sci-fi snippet about a man who inherits a pair of glasses that show him when everyone around him will die. I think you know where this is heading. (2)

A big thumbs-up to the organisers, who had put real thought into the launch, with a pianist playing old standards, tap dancers, and Damsels-themed freebies for everyone attending: doughnuts beforehand, and a bar of soap and a sheet of dance steps on the way out. Our two tickets only set us back £11. We also got complimentary popcorn from Virgin Media, which makes up for that time they messed up our bill and then threatened to sue us. Just about.
Posted by Rick Burin at 16:32