Errol Morris, Twilight (not that one) and fear eating the soul - Reviews #107 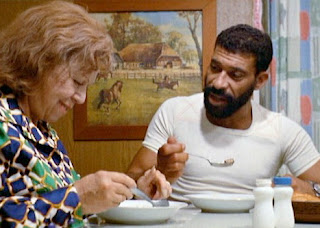 Ali: Fear Eats the Soul (Rainer Werner Fassbinder, 1974) – A widow (Brigitte Mira) finds a kindred spirit in a much younger Moroccan man (El Hedi Ben Salem), and they begin an affair, only to spark outrage and anger amongst her family and friends, one of whom kicks the TV in. Then, as the tide starts to turn in their favour, they begin to drift apart. Fassbinder’s film – based on Douglas Sirk’s All That Heaven Allows, and a key influence on Todd Haynes’s Sirk pastiche, Far From Heaven – is wise and sometimes poignant, though his neat, calculated plotting increasingly gives it the feel of a deft satire, rather than a realistic portrait of human emotion, before he drags it back at the death. Still, it has some interesting things to say about racism and also classism in ‘70s Germany, while Fassbinder’s slow-and-steady visual style leads to some arresting imagery. There’s also a nice romantic bit where the couple get patronised by a posh waiter at Hitler’s favourite restaurant. That’s the director sporting the worst moustache of all time as Mira‘s son-in-law. (3) 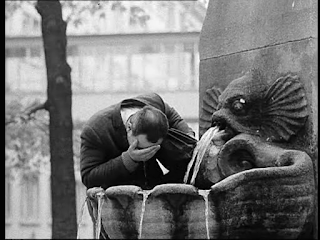 SHORT: The City Tramp (Rainer Werner Fassbinder, 1966) – Fassbinder’s first film is a pretty good short about a homeless man (Christoph Roser) who keeps being interrupted whilst trying to shoot himself. Across 10 minutes, it blends neorealism, poetic imagery and humour that’s alternately stark and Chaplin-esque, and it’s nicely shot in monochrome, though Roser’s acting isn’t always very good – and he’s often the only one on screen. (2.5) 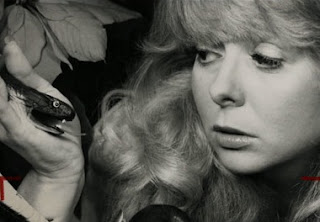 Tabloid (Errol Morris, 2010) – Typically brilliant Morris documentary about “barking mad” ex-beauty queen Joyce McKinney, who may or may not have kidnapped and raped a fat Mormon missionary in the late 1970s, but who certainly did become a tabloid sensation after her arrest in London. Full of fascinating insights, half-truths, remarkable details (you might not want to know how McKinney first attracted the press’s attention) and hilarious asides, with testimony from the woman herself – who in the journalistic parlance is “great copy” – one of her would-be accomplices, a former Mormon, a couple of tabloid hacks and a Korean scientist – as the film takes one of Morris’s famous left-turns near the close. The Mirror photographer, Kent Gavin, clearly thinks he’s a charming rogue spinning a cracking yarn, but actually just comes across as a complete scumbag. (4) 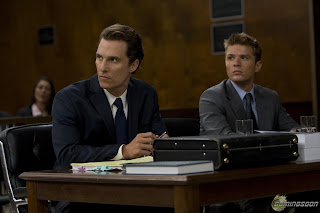 The Lincoln Lawyer (Brad Furman, 2011) – Legal thriller about a greedy attorney (Matthew McConaughey) who reconnects with his soul as he tries to uncover the truth behind two sickening attacks on women, while defending the rich boy (Ryan Philippe) accused of one of them. Also, his office is some kind of flashy car, which frankly is a rubbish character trait. This is a welcome and long overdue return to form for McConaughey, on similar ground to his breakthrough in the John Grisham adaptation A Time to Kill: a role that saw him compared to the young Gregory Peck, if only because he was playing a lawyer defending a black man. And while he’s only a fairly good actor, he has that intangible old-fashioned star quality. Yes, that really is what I am claiming. There’s also a good supporting cast, including Marisa Tomei – displaying effective sensitivity – William H. Macy, John Leguizamo and Bryan Cranston. The production is self-consciously hip in a slightly embarrassing way and the story is a little lacking in credibility, but it’s slick and very entertaining, aside from one extremely silly scene near the end. (3) 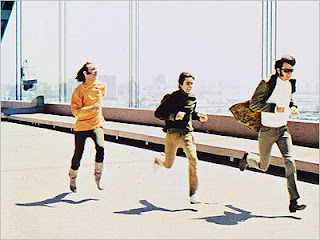 Head (Bob Rafelson, 1968) - The Monkees are plunged into a nightmarish, psychedelic whirl of genre-flipping '60s-ness in this trippy carousel-of-a-film, which sees the Prefab Four satirising their status as "God's gift to eight-year-olds" while sprinting through a succession of rapidly-changing scenarios, from Western to war film, musical to horror, sci-fi to post-modern, neurotic on-set shenanigans. Timothy Carey appears as a disabled Western villain, Davy Jones fights Sonny Liston, and Victor Mature plays a 100ft version of himself, who won't leave The Monkees alone. There are also cameos from the likes of Frank Zappa, Dennis Hopper, a Green Bay Packer and choreographer Toni Basil, while Jones performs a weird, sort-of-bravura song-and-dance version of a Nilsson song, flitting between varying versions thanks to some virtuosic editing. It all sounds amazing, but it's not really: its agreeably offhand manner and sense of playful originality offset by periods of serious self-indulgence and resulting boredom, before it's all cleverly tied-up at the close. Incidentally, writer-producers Rafelson and Jack Nicholson gave the film its non-sequitur title solely so they could announce their next collaboration with the words: "From the people who gave you Head". (2.5)

FUN FACT #1: Micky Dolenz looks like a squashed, gnomic Joseph Gordon-Levitt.
FUN FACT #2: Rafelson and Nicholson's next film together was Five Easy Pieces. They didn't use the tagline. 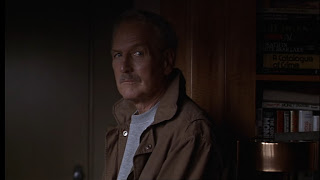 Twilight (Robert Benton, 1998) - Mopey Bella (Susan Sarandon) must choose between pale, blue-eyed vampire Edward (Paul Newman) and avuncular werewolf Jacob (Gene Hackman) in this first adaptation of the Stephanie Meyer novels. Actually, this is a laid back, likeable neo-noir, with Newman perfectly cast as a down-on-his-luck PI living in a rambling house with dying former actor Hackman - the housebound General Sternwood figure, for genre buffs - and his saucy, fatale-ish wife Sarandon. They and freelance fixer James Garner are all in their "twilight" years - except Sarandon, obviously, who's a lot younger and generally more naked. When Newman runs an errand for his landlord, he finds the bodies piling up around him and guesses it's something to do with an unsolved disappearance from decades before. The film has a formidable-looking cast and the performances from Newman and Garner make it, backed by a spectacular, woozy Elmer Bernstein score, but the photography and the script are strictly TV-movie standard, with cliched, clumsy lines galore. Stockard Channing is decent in support, while Reese Witherspoon appears in an early role, though she has little to do except take her bra off. (2.5) 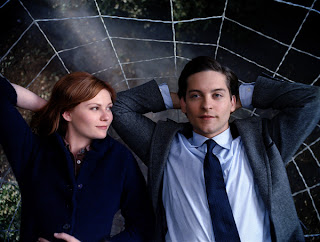 Their faces are not this eerily-unlined in the film itself.

Spider-Man 3 (Sam Raimi, 2007) - Weird, pointless, shapeless sequel to one of the finest superhero flicks of the past decade, with three baddies - four if you count Spidey himself going off the rails - lots of domestic unrest and a montage in which newly violent, smarmy emo Tobey Maguire dances down the street, clicking his fingers at passing women. It's funny in itself, but it doesn't really belong here. The first Spider-Man film was one big letdown, but the second did everything right, with a riveting, character-driven storyline, arresting action sequences and scenes of startling emotional resonance. This third outing is entertaining, but it seems to stumble from one set-piece to the next, with little cohesion or coherence, and frequent, wild shifts in tone. There are excellent moments and Raimi's handling of Spidey's climactic ride to the rescue is typically thrilling, but Spider-Man 3 is still destined to be one of those sequels you pretend don't exist (X-Men: The Last Stand, The Godfather: Part III) so that the run finishes on just the right note. (2.5) 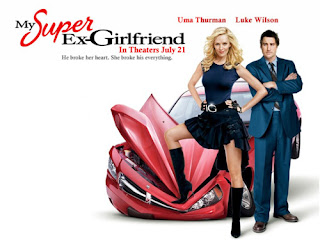 *SPOILERS, BUT NOT REALLY*
My Super Ex-Girlfriend (Ivan Reitman, 2006) - Everyman Luke Wilson gets on the wrong side of neurotic superhero G-Girl (Uma Thurman) by breaking up with her, in this lively but unfocused comedy. (The break-up is actually in the second half of the film, so the title is quite a big spoiler, as is that last sentence.) It's a fairly funny premise, the chemistry between Wilson and next girlfriend Anna Faris is superb, and there's good support from Rainn Wilson, Wanda Sykes and Eddie Izzard, but the laughs aren't really as frequent as they should be and the ending - while going where you want it to - is pretty dull. The best jokes are Wilson trying to get Thurman to leave their date to head off a runaway missile, villain Dr Bedlam (Izzard) hissing "Stop calling me that", after being addressed by his real name, and the shark. (2.5)
Posted by Rick Burin at 19:21