The Fallen Idol, the Great Depression and Woody being wonderful - Reviews #83

I've been at it again. Watching films, then reviewing them. Here are another 11 write-ups: 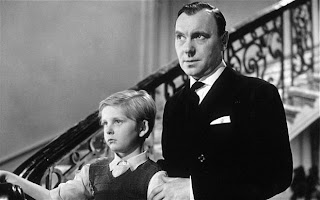 "Baines!"
The Fallen Idol (Carol Reed, 1948) - The other Graham Greene/Carol Reed collaboration is arguably even better than The Third Man, as little Bobby Henrey suspects that his hero - butler Ralph Richardson - may have just committed murder. A gutting, slyly witty story about the destruction of childhood innocence, it's brilliantly scripted and directed, with an exceptional performance by Richardson, great work by Henrey and notably ethereal support from the legendary Michèle Morgan, the best actress ever at being photographed through a window (see also: Le quai des brumes). (4) 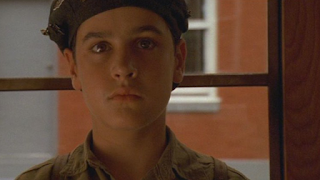 King of the Hill (Steven Soderbergh, 1993) - Dazzling, episodic coming-of-age story, as a quick-witted, kind-hearted 12-year-old (Jesse Bradford) tries to stay one step ahead of school authorities, hotel staff and an anti-semitic cop when he's left to his own devices during the Depression. Soderbergh's third film is like nothing else he's done: moving, funny and truly evocative of the period, the horrors of which are not glossed over. It's similar in texture to both Altman's superlative Thieves Like Us and Terence Davies' The Neon Bible - but even more sure-footed and engrossing. Bradford is flawless in the lead, while the excellent ensemble includes Lauren Hill, a young Adrien Brody and an even younger Katherine Heigl. I've wanted to see this for years and it didn't disappoint. In fact, it exceeded even my ludicrously high expectations. (4) 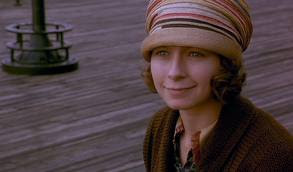 Sweet and Lowdown (Woody Allen, 1999) - Woody's last (and final?) masterpiece. I'm not sure how it would play without Samantha Morton's phenomenal supporting characterisation, but that's something we need never worry about, as she's in it, lending immeasurable heart to this potentially minor drama-mockumentary about a self-centred jazz guitarist (Sean Penn). It's original, it's funny and the ending packs a Purple Rose-esque punch. (4)

The Young Master (Jackie Chan, 1980) - Jackie's first film as writer-director remains perhaps his greatest movie, with the slight plot a springboard for numerous incredible fight scenes and bits of stuntwork. It's pretty funny too, as these things go, and there's a notable supporting performance from the star's friend and regular foil Yuen Biao - their battle-of-the-benches being the highlight of this richly enjoyable work. (4) 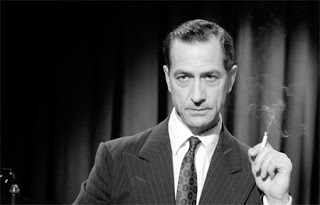 Good Night, and Good Luck (George Clooney, 2005) – A fascinating story and Strathairn's typically superb performance are undermined by iffy pacing (we reach the dramatic climax halfway through), the idiotic framing of the story as being the battle between two models of TV – rather than two models of America – musical interludes that add atmosphere but completely disrupt the momentum of the narrative, and a mystifying subplot featuring Downey, Jr. and Patricia Clarkson. It's entertaining, well-acted and glorious to look at, but a botched job nonetheless. (3) 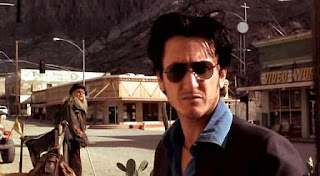 U Turn (Oliver Stone, 2007) is a grisly, nihilistic neo-noir, laced with black comedy, that sees small-time hood Sean Penn stranded in the small town from hell. The storyline is familiar and the worldview is bleak beyond belief, but there's some flavourful dialogue, Penn and Jennifer Lopez make an interesting team and the supporting cast is first-rate, with Billy Bob Thornton, Joaquin Phoenix, Claire Danes and Nick Nolte excelling in memorable supporting parts. (3) 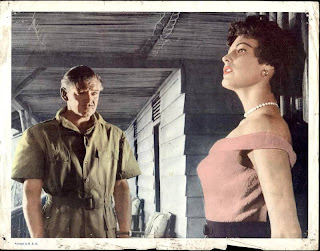 Mogambo (John Ford, 1953) - Hollywood adventure films generally appear hilariously outdated and offensive today. This one's alright, thanks to the director and his central trio of Gable, Grace Kelly and Ava Gardner, though it retains that unfortunate "Oh look, flamingos" affliction caused by trying to include every last frame of hard-won second unit nature footage. (2.5) 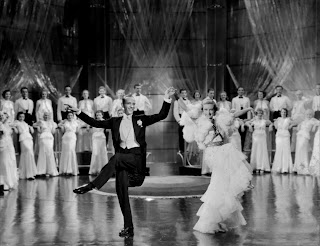 *ONE RUDE WORD, BUT IT IS ABOUT JOAN CRAWFORD DANCING, SO THAT'S FINE*
Dancing Lady (Robert Z. Leonard, 1933) - So LoveFilm really do own a copy! Well-worth seeking out this one, not least because it was Fred Astaire's first screen appearance (and the final one of his musicals I tracked down, incidentally). It's based on the false premise that Joan Crawford can dance (she is a fucking horrendous dancer and responsible for the two worst dance numbers I have ever seen: the one they show with a smirk in That's Entertainment! and the hideous blackface number from Torch Song), but it's really stylishly directed by Leonard - some of his gimmicks, like lightning-paced wipes, are way ahead of their time - and the risque script is a real rarity for MGM, even in those Pre-Code times; far more akin to amoral Warner fare like 42nd Street. There's also a top cast making the most of a somewhat tired plot, including Gable, Franchot Tone, Robert Benchley, May Robson (whose role is pretty stupid) and of course Astaire. Ostensibly playing himself, Fred has two numbers and though really he's coasting, it's just great to see him. The next time he graced the screen it would be over at RKO, creating fireworks with a young blonde hoofer by the name of Ginger Rogers, in Flying Down to Rio. (2.5) 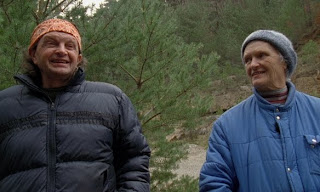 The Thorn in the Heart (Michel Gondry, 2009) - Largely pointless home video about Gondry's aunt that seems to disprove the idea that every life would make an interesting film. The problem isn't necessarily with the material, though, but the lazy execution. (2) 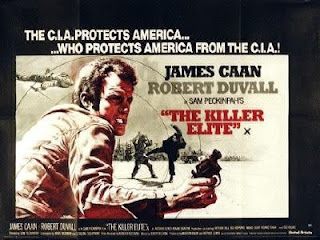 The Killer Elite (Sam Peckinpah, 1975) - This confusing, incredibly cynical actioner is a weak point of its director's oeuvre. The plot sees CIA pawn James Caan double-crossed by his partner (Robert Duvall), then getting the chance for revenge while guarding an Asian politician. The script is all over the place, with clumsy dialogue and characters that make little sense, though Peckinpah's outlandish editing elevates the shoot-outs and Caan earns his pay cheque with a charismatic lead turn. The kung fu sequences are just terrible. (2) 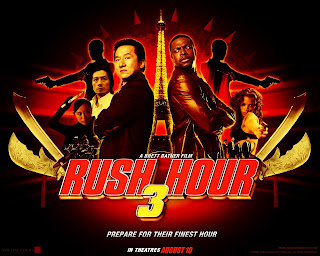