Inception and the wonder of Wendy Hiller - Reviews #48 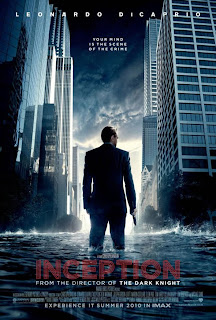 Inception (Christopher Nolan, 2010) - Director Christopher Nolan’s follow-up to The Dark Knight is an intelligent, meticulously-plotted actioner - and a real breath of fresh air. In 2010, we’re used to blockbusters that play out by numbers, take us for idiots or try to sell us watches. This mind-bending, riotously original film reminds us just what mainstream cinema can do. Leonardo DiCaprio is a tormented “extractor”, skilled at entering the dreams of the rich and powerful and plundering their subconscious minds. On the run after the death of his wife, he’s given the chance to return home: if he can plant an idea within the mind of tycoon’s son Cillian Murphy. So, recruiting gifted student Ellen Page, he and fellow extractors Joseph Gordon-Levitt and Tom Hardy construct and enter an elaborate dream-within-a-dream-within-a-dream scenario, a head-scratching succession of vivid worlds, each fraught with danger. It isn't perfect - the scenes between DiCaprio and wife Marion Cotillard sometimes drag and the snow-bound sequences are confusingly staged - but it's frequently exhilarating, fairly humming with invention. Scorsese’s Shutter Island also saw DiCaprio trapped in a labyrinthine case, as the music pounded and the spectre of his late wife loomed large. But while that film unravelled midway through, this one builds in excitement and ingenuity as it progresses, augmented by superb direction and some fine action set-pieces, with a few incisive thoughts about the nature of fantasy and reality cast into the mix. As a lightning-paced thriller, it was never going to be an acting showcase, but the performances snugly fit the piece, the ensemble - including Ken Watanabe, Michael Caine, Pete Postlethwaite and the excellent Hardy - smartly employed to serve the story. And what a story it is. (3.5) 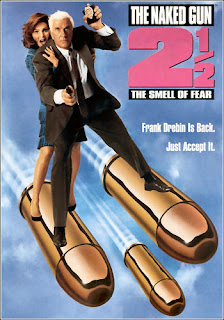 The Naked Gun 2 1/2: The Smell of Fear (David Zucker, 1991) - This lacklustre sequel sees Leslie Nielsen and co doing battle with a cabal of shady industrialists who are trying to thwart a new green energy policy. Despite that oddly admirable (if simplistic) eco agenda - this from a filmmaker who went on to film campaign ads for the Republican party - it's a pretty poor showing, with the cast mugging relentlessly in the absence of decent material. Indeed, you'll feel like you've been mugged if you spend any money trying to catch it, particularly by the time Nielsen takes to scrubbing Richard Griffiths' bottom in front of the President. The opening credits are good and the closing ones hilarious, while Nielsen's interrogation scene ("Right, who else is dying?") and his noir description of Presley are fun - but that's five minutes of chuckle-worthiness across an hour-and-a-half, and it isn't really enough. That's not to say that there aren't a lot of gags - there are bloody hundreds - but the majority are tired and predictable and most of the non-sequiturs are idiotic. And I can't watch O.J. Simpson without wincing. (2) 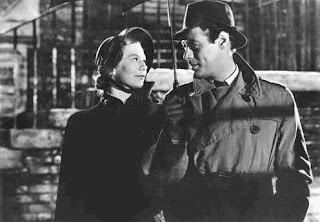 Major Barbara (Gabriel Pascal, 1941) has introduced me to the delights of Wendy Hiller, a remarkable performer born just down the road from where I grew up in Cheshire. Hiller, who I'd previously seen in I Know Where I'm Going and The Man For All Seasons without really clocking her, was G.B. Shaw's favourite actress and now she's one of mine too. I'm sure she'd be delighted. Sparky, passionate and with fire in her eyes, here she achieves a heightened expressiveness - coupled with remarkable, singular diction - to produce one of the most moving affirmations of faith I've ever seen on screen (Richard Burton in Becket is another personal favourite). Hiller is cast as a Salvation Army worker who entrances professor Rex Harrison whilst fighting off the rapscallion tendencies of her arms-dealer father (Robert Morley). But although the dialogue is glorious and Morley provides support for Hiller's wonderful performance with a typically devilish characterisation, the propaganda purposes of the film become readily apparent as the plotting - and rhetoric - goes completely off the rails in the final third. A pity, as it touches true greatness for the first 90. Robert Newton is compelling, though perhaps slightly over-ripe, as a trouble-magnet whose soul needs saving, while David Tree and Marie Lohr make for a hilarious comic team. (3.5) 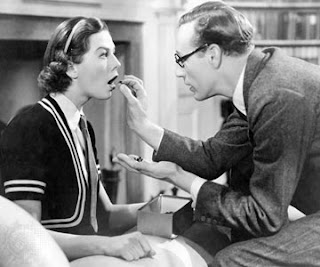 So then I watched Hiller's breakthrough film, Pygmalion (Anthony Asquith and Leslie Howard, 1938), which had the same writer and producer, as well as featuring the only other pairing of Tree and Lohr. It's a more conventional outing than the later film, similar to Hollywood romantic comedies of the period and sharing a basic plot with Capra's Lady for a Day. Leslie Howard is Professor Higgins, the egomaniacal Svengali figure who bets he can transform Covent Garden flower girl Eliza Doolittle (Hiller) into a lady in just three months, then becomes smitten with his creation. Perhaps the film can't quite match the majesty of Major Barbara's opening hour-and-a-half, but it forms a more coherent whole, blessed with incisive plotting, lyrical dialogue and pitch-perfect performances. Howard was annoying in Intermezzo, insufferable in The Petrified Forest and even worse in Gone With the Wind, but given the right material - ideally comic - he was a wizard. His turn in It's Love I'm After is utterly immense, one of the finest in '30s comedy, and he delivers more of the same here, becoming a whirlwind of malignant self-obsession, spewing bile and arrogance. You could argue that Shaw's epigrams are unnecessarily caustic - while the script contains a couple of lunacy gags that make the skin bristle today - but Howard's serio-comic grandstanding makes it all seem palatable. He's matched, perhaps even surpassed, by Hiller, whose performance as Eliza is surely definitive: funny, moving and utterly sincere. This is high-grade entertainment, powered by two wonderful stars, and with a good deal to say about life, love and how to pretend you're not a Cockney. (4) 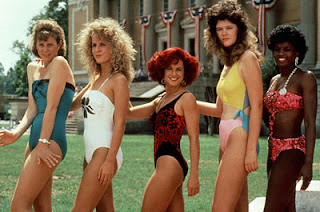 Miss Firecracker (Thomas Schlamme, 1989) is a spirited indie film, with a strong cast making the most of distinctly variable material. Holly Hunter plays a damaged young woman who dreams of emulating stepsister Mary Steenburgen's success in the Miss Firecracker beauty pageant. Meanwhile, their brother Delmont (Tim Robbins) tackles a few demons of his own, while apparently remaining oblivious to the effect he's having on the town's womenfolk. It's sometimes amusing and occasionally arresting, with a handful of genuinely special moments, but more often than not it's muddled and slow, with underwritten characters and plot strands that don't go anywhere. (2.5) 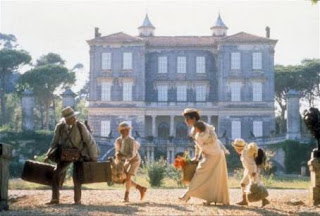 Le château de ma mère (Yves Robert, 1990) aka My Mother's Castle is a hugely enjoyable continuation of the story begun in Le gloire de mon pere, charting the early life of French writer Marcel Pagnol and his burgeoning love affair with the mountains of Provence. It can't quite match the earlier film, since its episodes are generally less remarkable and their incorporation is more disjointed, but the performances are delightful (only Julie Timmerman's wooden showing lets the side down), and the cinematography and music glorious. It concludes with a gutting epilogue that's sensitively filmed and carries one of the heftiest emotional clouts I've yet encountered in movies. (3.5)
Posted by Rick Burin at 14:01