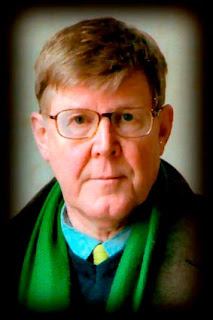 He might be among the most talented, versatile and influential writers of his generation. He might be one of the top draws at this year’s Harrogate International Festival. And he might have just sold out the Royal Hall.

But, shuffling onto the stage in a tweed suit and green tie, he’s not giving his show the big sell.

“I’m going to read bits of plays and things from my career - such as it is,” he says.

And for the next hour-and-a-quarter, seated meekly in a black leather armchair, he does just that, providing a whirlwind tour of a singular back catalogue that encompasses novels, theatre, TV and films - all stamped with that trademark blend of pathos and wry humour.

The resulting show is breathlessly funny, but also remarkably candid, down-to-earth and even outspoken, incorporating a heartfelt defence of “two institutions we are going to have to fight for”: the NHS and the BBC.

After a few teething problems with the microphone (“You’ll have to talk among yourselves,” he says), Bennett starts with a gem from 1968’s Forty Years On, an uproarious account of T.E. Lawrence’s life supposedly written by a fradulent confidant.

Next up is an excerpt from Getting On, with its genuine - if knowing - tribute to the welfare state. It segues seamlessly into a new piece, written in his dressing room before coming on, that earnestly and passionately pleads for the audience to safeguard its institutions.

He speaks of the state as “nurturer” and “saviour”, saying: “For my generation, brought up in the ‘40s and ‘50s, the state educated us, so that everything I have I owe to the state.”

Habeas Corpus merits a brief diversion, before we’re treated to the evening’s highlight, an extended reading from A Chip in the Sugar, the memorable Talking Heads episode narrated by Bennett’s Graham, a damaged soul whose relationship with his mother is shattered by a figure from her past.

“If there’s one thing mother and I agree on, it’s that red is a common colour, and the whole place is done up in red,” he says, as the audience considers the impossibly ornate interior of the Royal Hall - much of it in red - and bursts out laughing.

After selections from Telling Tales and his 2004 play The History Boys, there’s a 15-minute Q&A, taking in technology (“I don’t see how you can take a screen to bed with you”), the Queen (“She’s magnetic”) and regional accents (“The accent that’s still slightly a joke is Wolverhampton, the others all get by”).

Bennett reveals that he wouldn’t have attended university were today’s funding system in place and recalls his father’s pride as he watched other members of the audience laughing at Habeas Corpus, though he says the reaction to his later work would have been mixed - “He didn’t like anything he called ‘cheeky’.”

He closes with a reading from Untold Stories about his battle with colon cancer in the late ‘90s that’s rich in melancholic humour.

It ends a wonderful night’s entertainment: a ‘greatest hits’ package mixing the familiar and the new; both painfully frank and painfully funny.

Bennett’s peerless ear for dialogue and his gift for articulating his audience’s feelings are perhaps summed up by a passage he reads from The History Boys.

“The best moments in reading are when you come across something - a thought, a feeling, a way of looking at things - which you had thought special and particular to you,” he says.

“And now, here it is, set down by someone else, a person you have never met, someone even who is long dead.

“And it is as if a hand has come out, and taken yours."

With a set that comprised the first half of the evening, pianist Alessandro Taverna gave an ecstatically-received performance.

Apparently having just as good a time as the audience, he played selections from Beethoven, Rachmaninov and Moszkowski, with highlights including a delicate take on Chopin’s Nocturne in B major, Op. 62 and an exuberant “Carmen Fantasy” by Busoni.