Here's part three of the series. Previous instalments were about John Ford and Wendy Hiller. Some of the films dealt with below also feature in my two-part 'FDR's Hollywood' feature, looking at political cinema of the 1930s and '40s. 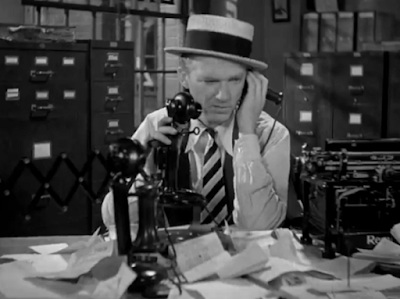 Who?
The electrifying, motormouthed comedian whose career came to a sudden and dramatic halt in the mid-1930s.

How so?
He pissed on the Mexican Army.

He what now?
He (allegedly) relieved himself nakedly on a passing military parade during the location filming of MGM’s Viva Villa! in November 1933, and was thrown out of Mexico.

Well, if you’ve got to go...
Indeed – though for Tracy’s part, he denied it all. He was sacked by the studio anyway and spent the rest of his career at lesser studios, before a brief, remarkable comeback in the 1960s. 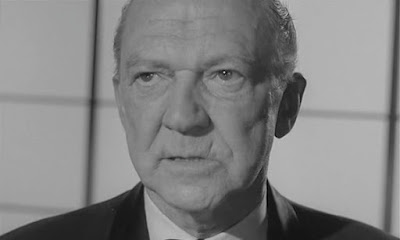 Was he any good?
The best. Tracy was an explosive, compelling performer: the living embodiment of the “pre-Code” movie – those do-anything, say-anything films that packed out cinemas in the early ‘30s, before the Hays Office went and spoiled everyone’s fun. The impending censorship clampdown of 1934 effectively put Tracy’s kind of movie out of business, which might have been why MGM weren’t too sorry to see him go.

Any trademarks?
Plenty. A wild-eyed delight at his amoral manoeuvring getting him on top once more. A twirling forefinger, a selection of distinctive vocal trills (“You’re thrrrrrough”) and an arsenal of singular gestures, from the way he appeared to be literally seizing control of a scene – bending forward, arms wide apart – to his deft, farewell flick of the hand. 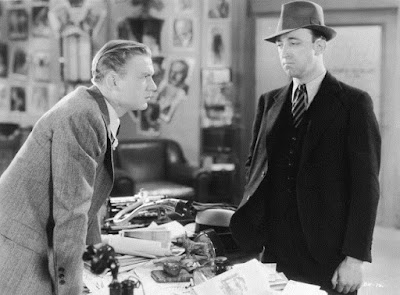 Where do I start?
With Blessed Event, the 1932 Warner Bros comedy about an unscrupulous gossip columnist, which may just be the funniest movie ever made (watch the trailer here). Tracy’s Alvin Roberts, “that kid from advertising”, is allowed to look after the paper’s social section while the regular author is away, and proceeds to turn it into the most popular – and unpopular – column in the country, incurring the wrath of a gangster, and engaging in a gleeful tit-for-tat rivalry with eternally upbeat crooner Bunny Harmon (Dick Powell). Playing a character loosely based on Walter Winchell – then one of the most influential men in America, and the subject of a half-dozen semi-fictional films – Tracy is hysterically funny, spewing a constant stream of wisecracks, though the film’s centrepiece is a terrifying, perilously dark set-piece in which he talks mobster Allen Jenkins through a trip to the electric chair. He shoves a picture of noted victim Ruth Snyder in Jenkins’ face, before navigating the henchman through a florid, impossibly graphic description of state-sanctioned death, every part of his body seeming to contort as he dominates the screen. You would die with one finger twitching upwards, Tracy concludes with a shaking voice, “to where you’re... not... going”.

That sounds, err, fun?
It doesn’t, but somehow it’s exhilarating, because you’ve never seen anyone act like that before: it’s neither conventional, nor stagy, nor necessarily naturalistic, it’s just dynamic. 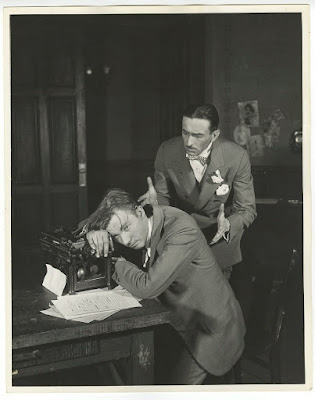 What else did Tracy do?
Having originated the role of Hildy Johnson in the legendary stage play, The Front Page (above), he had come to Hollywood in ’29. He appeared as a low-level criminal in Frank Borzage’s abysmal translation of Liliom (later musicalised as Carousel), and had a bit in John Ford's gangster flick, Born Reckless, but came to real prominence with three supporting roles in 1932: The Strange Love of Molly Louvain – a nasty, compelling Pre-Coder that spotlighted his singular, rapidly-quickening style of delivery – Love Is a Racket (a film he would have starred in just months later) and the near-legendary two-strip Technicolor horror-comedy, Doctor X, playing an endlessly quipping reporter – a market he had quickly cornered. After Blessed Event, he starred in a succession of tailor-made vehicles making use of the go-getter persona so beloved of Depression-era audiences, beginning with The Half-Naked Truth (which cast him as a promoter), Clear All Wires! (sending his journalist to Communist Russia), the classic romantic comedy The Nuisance (with Tracy as the last word in amoral shysters) and the fantasy masterpiece, Turn Back the Clock, in which his unsatisfied grocer has the chance to live his adulthood over. The final two were made at MGM, the world's biggest and most prestigious movie studio, which could scarcely miss the impact he had been having over at Warner Bros, and didn't hesitate in offering him a fat long-term contract.

Is that all?
Of course not! This was the early '30s, when actors were treated abysmally, so there are always tons of films to enjoy. Tracy had also appeared in Washington Merry-Go-Round, which anticipated Mr Smith Goes to Washington, and went on to deliver an unforgettable supporting performance as the agent to alcoholic actor John Barrymore in Dinner at Eight (perhaps the most prestigious MGM film of 1933), run rings round Jean Harlow’s diva in the superlative, lightning-paced comedy, Bombshell, and star in a bastardised version of Nathanael West’s 'Miss Lonelyhearts' called Advice to the Lovelorn (sound familiar?), designed to cash in on the success of Blessed Event. It was his 14th film in just two years. After that came Mexico. And the rest, as they say, is history. 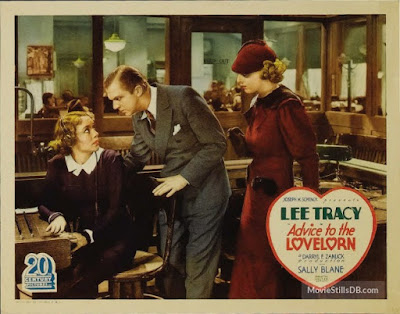 I’m not sure it is. Please fill me in.
Tracy did the rounds, pitching up at Columbia, RKO and even the Poverty Row studio PRC, where – looking a bit more jowly than 10 years before – he rolled back the years, recapturing some of that old Blessed Event magic in a zingy film called The Pay-Off. His other post-MGM films are a mixed bag, though the mid-‘30s comedy-thrillers Wanted: Jane Turner and Behind the Headlines are pretty great for what they are, while I’ll Tell the World – which cast him opposite Old Rose from Titanic (Gloria Stuart) – is a charming movie in which his dogged, dynamic reporter falls in love with a European princess, without losing his passion for skulduggery and sarcasm. 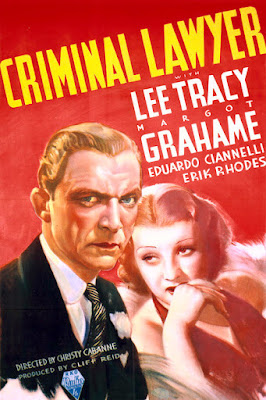 Tell us about the ones that didn’t work.
It’s not that they don’t work, it’s that they don’t work fully, sometimes leaving Tracy high and dry as the films run out of momentum, or trade sardonism for sanctimony. He’s always worth watching, though, and endearing oddities during this period include a boxing comedy alongside Roscoe Karns (Two-Fisted), a weird comedy-weepie co-starring Jimmy Durante (Carnival), the Hollywood-on-film shenanigans of Crashing Hollywood, 1940’s gimmicky Millionaires in Prison (inevitably featuring Raymond Walburn as one such moneyman), and a variety of vehicles with Tracy in crooked attorney parts, such as Criminal Lawyer – uneven but great fun – and The Spellbinder, which like 1934’s You Belong to Me cast him as a dad, before degenerating quickly into soap operatics.

That doesn’t sound very good. His worst?
No, his worst is definitely The Power of the Press (1943), a hopeless, excruciating collision of small-town patriotic wisdom and WWII propaganda flick – based on a Sam Fuller story, wtf?! – in which folksy newspaper editor Guy Kibbee takes over a New York paper infested with fascist fifth columnists, including Hearst-like businessman Otto Kruger, who's in preposterous form. Tracy’s OK as a snappy but spineless, circulation-chasing editor, but it’s a profoundly depressing experience. He made three more films over the next four years, each more obscure than the last, and then disappeared from the big screen. 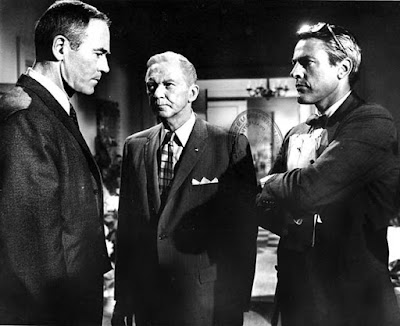 So what’s all this about a comeback?
Having made his way slowly down the ladder, and then crossed over to TV, Tracy returned to the stage in the early ‘60s, playing a former President – patterned after Harry Truman – in Gore Vidal’s vital, vivid political play, The Best Man. When it transferred to the screen, Tracy played the role again: a glorious, measured, nostalgic characterisation that showed a range largely untapped by a Hollywood system forever trading off familiar persona, finally allowed him to swear (he swears superbly), and landed him a well-deserved Oscar nomination. Sadly, talk of a comeback was scuppered by his faltering health – he died four years later – but as swansongs go, it was one of the finest.

A case of what might have been, perhaps, had he not made that ill-fated trip to a Mexican hotel balcony. He did, right?
Who knows? In his book, cinematographer Charles G. Clarke said he was standing outside during the parade, and the incident never happened. In his version of events, Tracy had responded to an obscene gesture on the street by making one of his own, but that after the papers got wind of his supposed insult to the nation, MGM had sacrificed Tracy in order to be allowed to continue filming there. Director Howard Hawks was also kicked off the picture for siding with Tracy. 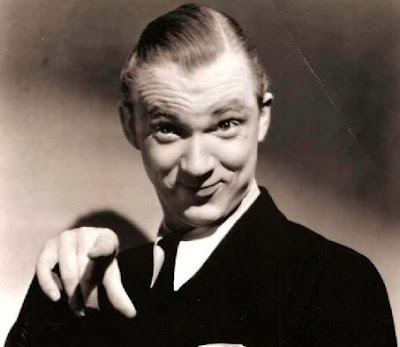 What to say: “Blessed Event is the epitome of pre-Code filmmaking: daring, lightning-paced and furiously funny.”

What not to say: “Blessed Event is so good it makes me want to wee on soldiers.”

Thanks for reading.
Posted by Rick Burin at 12:00