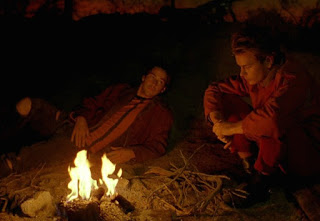 It’s Gus Van Sant’s dazzling, gutting, phantasmagorical Rent Boy Henry IV, as narcoleptic hustler River Phoenix searches for his mother across Idaho, Oregon and Rome, in the company of his best friend – and love of his life – Keanu Reeves, the sire of a wealthy family, trapped between his domineering dad and a Falstaffian father figure (William Richert).

Its iconography, its laidback feel, its use of fantasy, of Eddy Arnold, Rudy Vallee and Pogues recordings, of real-life confessionals from genuine prostitutes, is like nothing else I’ve ever seen: beautiful, haunting, horrifying and seductive. And though it’s not without false notes now and then, its lax approach to scene length and oddball characterisation is part of its charm, forming a perfect whole not comprised of perfect pieces.

Its great virtue is Phoenix’s storyline, a tale of abandonment powered by his astonishing performance, which crystallises everything that made him the most important, interesting and artistically successful actor of his generation: the sensitivity, depth of inner life and impeccable, unsung comic timing he exhibited in an eight-year career that ended so abruptly and tragically in October 1993. His monologues which open and close the film are something like the apogee of slacker cinema – with a poetry and lack of pretension so rarely present in the oeuvre – while the scene between him and Keanu by the campfire (almost completely improvised by Phoenix) is simply one of the most genuine articulations of unrequited love that I have ever experienced.

Throughout, his character speaks to me profoundly and personally, a connection that has not lessened or abated over a centenary of viewings. (4) 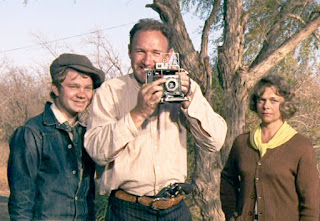 Bonnie and Clyde (Arthur Penn, 1968) – This revolutionary lovers-on-the-lam flick changed the face of Hollywood, ushering in a decade of innovation through its offbeat approach, rich and distinctive characterisation, and spasms of extreme violence.

Warren Beatty is the charming ex-con who has a zeal for bank-robbing where his sex life should be, Faye Dunaway the bored waitress he hooks up with, while his brother (Gene Hackman), his brother’s neurotic wife (Estelle Parsons) and a shy, baby-faced misfit by the name of C. W. Moss (Michael J. Pollard) round out the rest of the notorious Barrow Gang.

Despite decades of rip-offs – and its influence on movies as diverse and wonderful as Thieves Like Us, Bound for Glory and screenwriters Newman and Benton's own Bad Company – Arthur Penn’s film retains its visceral impact, while its overarching fatalism, tied to an unpredictability in the moment and the understated, fleeting nature of its peculiarities, keep both your head and your heart enthralled, as it starts off light, turns goofy, then becomes deadly serious. A special mention too for Pollard’s intriguing, naturalistic performance (Michael Andrew Fox was so impressed that he borrowed the actor’s ‘J’), and Dede Allen’s mesmerising editing, particularly during that unforgettable finale.

Studio head Jack Warner, who rated films based on the reaction of his bladder, memorably dismissed Bonnie and Clyde as “a three-piss picture”, while heavyweight American critics saw their reputations made or destroyed by their reaction to the film. It turns 50 next year and is still as bloody, and as bloody brilliant, as ever. (4) 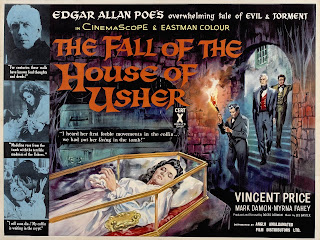 The Fall of the House of Usher (Roger Corman, 1960) – Inoffensive Philip Winthrop (Mark Damon) turns up at a crumbling Gothic mansion, hoping to carry off the woman of his dreams (Myrna Fahey), only to meet her rather difficult brother (Vincent Price). Corman’s first Poe adaptation doesn’t make a lot of sense in either story or execution, but it’s pretty creepy, with some effective suspense sequences and a good performance from a peroxide Price. (2.5) 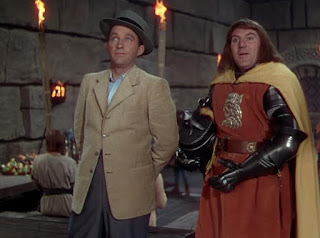 A Connecticut Yankee in King Arthur's Court (Tay Garnett, 1949) – This second version of Mark Twain’s classic story is far better than the 1931 adaptation (which starred Will Rogers), with an effective framing device, a nice feel to its romantic scenes – featuring the not unattractive, flame-haired Rhonda Fleming – and one classic song, Once and For Always, but I’ve begun to find Bing Crosby’s screen persona really irritating: the embarrassing jivetalk, the smug intonation that masks a deficiency of sincerity, and that walky sort of dance he does in lieu of any terpsichorean ability. His singing’s great and the film is diverting enough overall, but it simply grates and stutters too often. (2) 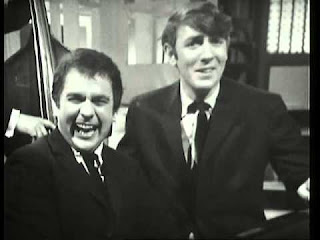 The Best of What's Left of 'Not Only... But Also' – Peter Cook is perhaps the funniest person who has ever lived, so it's odd that this landmark series − his most popular and sustained creative effort − is so incredibly underwhelming. Working in tandem with regular foil Dudley Moore, Cook made a sustained effort to move away from the satire of Beyond The Fringe, only to waste much of his energy on lousy spoofs − which ironically age a lot more quickly than topical political gags. Still, he wanted superstardom, not a legacy.

Only about three hours of the three Not Only... But Also series that they made for the BBC still exist, the rest having been wiped to save expensive tapes, and I was shocked by how little of it is actually, well, funny. There are a handful of truly great sketches − mostly the 'Pete and Dud' routines, including an unassailable classic in the National Gallery complete with Cook ad-libbing to make Moore corpse, and an embryonic Arthur Streeb Greebling effort − and a few other good ones (the goblin cobbler, Alan A-Dale, Bo Dudley), but the rest is a mixture of pastiches that go on forever (the Thunderbirds one is fucking terrible), silly voices, pointless big-money stunts, Cook repeatedly using the word 'substances', and Moore doing the same unfunny faces and breaking off for regular musical interludes. Oof. (2.5) 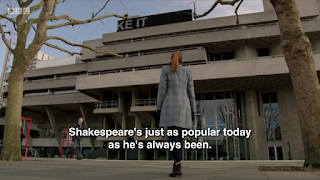 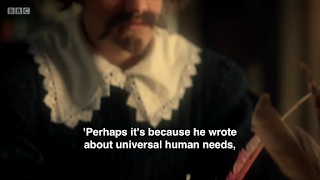 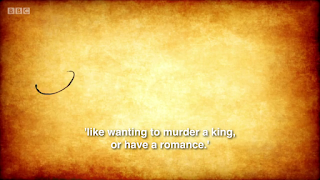 Cunk on Shakespeare (2016) – Fine, but not really sustained, with too many of those awkward Ali G-style segments in which Philomena meets real-life experts. There's nothing in it as funny as this gag:

Oddly, the Guardian article that Morgan wrote to plug the show is better than the programme itself. (2.5) 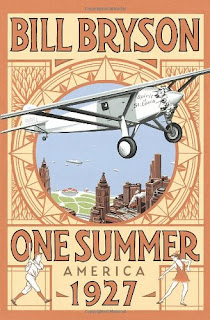 One Summer by Bill Bryson (2013) – An interminable summary of second hand sources (and a few New York papers) that deals with the incredible summer of 1927, in which America saw the first Atlantic crossing, the birth of sound cinema, the invention of the TV, Babe Ruth’s record home run chase, and a whole lot more besides. There are some interesting details and funny stories, but it frequently drags and rarely gives you a sense of what it must have been like to actually be there. The Ruth sections promise much and deliver almost nothing. The book is also so mistaken on the bits I already knew about – attributing silent star Clara Bow’s decision to quit cinema to her voice rather than her mental health, mistaking the technical significance of 1926’s Don Juan – that it made me doubt the rest. Really disappointing. (Lovely front cover, though.) (2)

See also: David Stenn's Clara Bow biography is a gem. As it's in Bryson's bibliography, you might have thought he would have read it.

Thanks for reading.
Posted by Rick Burin at 12:56