Fred Astaire, We Bought a Zoo and bricking it with Peter Lorre – Reviews #239 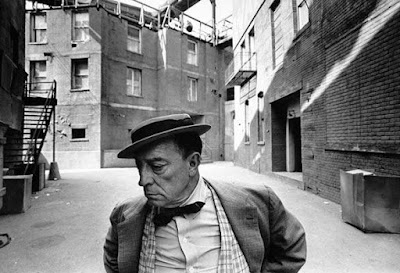 PLUS: Thai kitsch, William Castle and a trendsetting crime drama, in one of those review compendiums I insist upon doing. There's a lovely pattern to the star ratings too, if you are also a weird nerd...

I've also a written a few blogs for the work website lately, on Westerns, frequent actor-director collaborations and Buster Keaton (with gifs!). 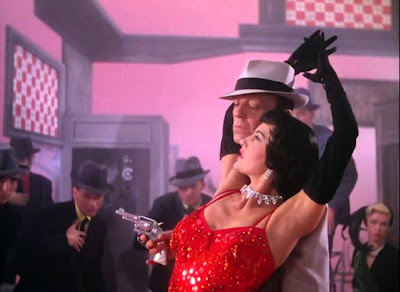 The Band Wagon (Vincente Minnelli, 1953) – Perhaps the best musical that MGM ever made: a scintillating argument for escapism – along the lines of Sturges’ Sullivan’s Travels – that offers entertainment as captivating as any of its era. It was producer Arthur Freed and writers Betty Comden and Adolph Green’s follow-up to Singin’ in the Rain, and is arguably even better, having as much fun piercing the pomposity of the theatre as that earlier film did lampooning the movie business, and serving up a succession of treats every bit as tantalising.

Retaining only the title, the star and a handful of the songs from a 1931 stage hit, Comden and Green dropped those elements into a brilliant backstage satire that sees screenwriters Oscar Levant and Nanette Fabray snag a has-been screen star (Fred Astaire) and an ambitious ballerina (Cyd Charisse) for their new light-as-air Broadway smash, only to have it torpedoed by egomaniacal producer Jeffrey Cordova (Jack Buchanan), who wants to turn it into a modern re-telling of Faust. None of Cordova's opus works, but everything in The Band Wagon does: a script that balances the writers’ mordant wit and sense of the absurd with their softer side, two perfectly-matched stars, and a clutch of irresistible Schwartz and Dietz tunes wedded to Michael Kidd’s exquisite choreography: thawing actors, backflipping hoods and a Brylcreemed shoeshine dude riffing off his client in a penny arcade.

There are outstanding musical sequences at every turn. The stars’ emotionally overwhelming, artistically dazzling 'Dancing in the Dark' number and hilarious, imaginative, outrageously sensual Girl Hunt ballet are justly celebrated, but the production number montage is no less astounding: four routines in four different styles, almost back-to-back and every one of them smacked way out of the park: the old-fashioned uplift of ‘New Sun in the Sky’, Buchanan and Astaire radiating old-fashioned class in ‘I Guess I’ll Have to Change My Plan’, Fabray’s glorious handling of the melody in the old-fashioned ‘Louisiana Hayride’ and of course three faux-infants shuffling from one leg to the other in the hysterically silly ‘Triplets’.

Bizarrely, the film tanked, after being trashed by the LA critics, but it looks almost perfect today: as a musical, as a beguiling comedy-drama, and as a hymn to Astaire himself, whose earlier pyrotechnics – like that outrageous office tap routine in You Were Never Lovelier – had been replaced by a quieter, more mature and yet also more adventurous style. After being usurped by Gene Kelly’s mammoth achievement with An American in Paris, this looks an awful lot like Astaire re-asserting his supremacy, aided by a narrative that wholeheartedly embraces the ethos of the song and dance man bringing joy to the masses. Glorious. (4) 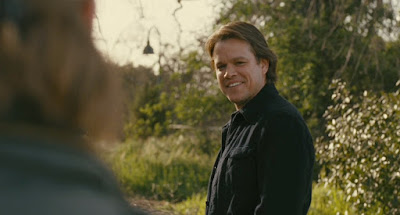 Some of its shorthand is cliched to the point of banality (Ford's unhappiness is repeatedly illustrated by his gloomy sketches), and Angus Madfadyen and Thomas Haden Church are saddled with shallow, poorly-drawn characters, but much of the writing and playing is desperately moving within its fairly narrow parameters - with echoes of two of my favourites, Pollyanna and Bridge to Terabithia - Scarlett Johansson was never more appealing (as Damon's highly capable second-in-command) and there's a typically brilliant song score, utilising Dylan, Tom Petty, Cat Stevens and Bon Iver - the latter suggesting (as 17 Again's use of Cat Power did) that someone has parachuted into this genre from another world, and lifted it way out of the ordinary. 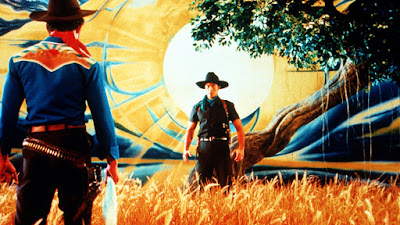 Tears of the Black Tiger (Wisit Sasanatieng, 2000) – I’ve been meaning to see this for 16 years. It’s a stylised, cartoonish pastiche of Spaghetti Westerns* telling the story of outlaw Black Tiger (Chartchai Ngamsan) and his childhood sweetheart, Rumpoey (Stella Malucchi), whose future happiness is threatened by fate, grown-up school bullies and a land war.

It looks and sounds incredible, with eye-popping pastel cinematography, cod-Morricone music and regular explosions of bloody violence, and just about manages to eat and yet retain its cake by asking us to care about these intentionally archetypal characters in the midst of much Tashlinesque (or perhaps Raimi-ish) mayhem. Perhaps that's because it takes its central romance more seriously than the world it inhabits, though its wider reliance on cliche and ironic distancing does undercut its emotional effectiveness, and I’m unlikely to ever love it as I love, say, Shane.

I suppose ultimately this hyper-heightened homage/spoof belongs in the same oddball, sparsely-populated universe as Kung Fu Hustle. It's a better film though, offset by a melancholia and fatalism that make it a whole lot less disposable. (3)

---
*and apparently Thai melodramas, which I know nothing about

Tales of Terror (Roger Corman, 1962) – An enjoyable Edgar Allan Poe anthology from director-producer Roger Corman, who made eight colourful horror comedies based on the author's work and starring a stock company of old Hollywood luminaries. This one tells three Poe stories, narrated by and starting Vincent Price, and topped off each time with a well-chosen on-screen excerpt.

The first short, Morella, is OK: the morbid tale of recluse Vincent Price's daughter turning up in his cobwebbed mansion, where he still keeps the rotting corpse of his wife - a bitter, beautiful woman who blamed their infant child for her untimely demise. It's a little draggy, undercutting its potential power through a thin, noisy and hammily sensational approach, but retains some effective surprises and has real heart, which we should have guessed from the jump cuts that open the piece.

The final film, The Facts in the Case of M. Valdemar, is fine, if rather slight, as loathsome hypnotist Basil Rathbone strikes a strange bargain with a dying man (Price again), leading to a fittingly gruesome climax. Rathbone's performance is quite big, but this time it works, as the actor has put the groundwork in - oozing a malevolent gravitas - while Price is gently affecting as his unwitting victim.

It's the middle chapter that dominates, though: a loose, superb and blackly comic realisation of The Cask of Amontillado (titled after another Poe story, The Black Cat, in which gnome-like alcoholic Peter Lorre wreaks a deadly revenge on his unfortunate wife (Joyce Jameson) and her refined, unsuspecting lover (Price). Lorre's great gift was creating both pathos and humour through his unique ability to play two things at once, and here that mercurial fluidity sees him realising one, two, three, four, five elements in unison, drawing snorts of derision, laughter, pity, contempt, respect and alarm. He shifts effortlessly through modes and moods, most obviously in the superb sequence in which he collars a succession of strangers, asking each for money. He's so unpredictable in his response to each that the film pulses with a palpable danger, even though on the surface of it, the actor is basically just arsing around. He also provides one of the biggest laughs of his career (which I wouldn't dream of spoiling), while toasting Price with sherry.

Tales of Terror is good fun overall - I like Corman's Poe movies in general, they offer a weirdly morbid form of escapism - but that central segment is genuinely classic: an unforgettable piece of work true to the spirit of Poe's story, if not quite the letter, with Lorre a pathetic, magnificent and masterful Montres(s)or. (3) 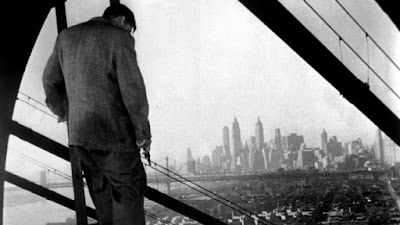 The Naked City (Jules Dassin, 1948) – This near-legendary docu-noir-ma from groundbreaking producer Mark Hellinger - who tragically died before its release, aged just 44 - drew raves for its extensive New York location shooting and ambitious attempt to portray the whole of the Big Apple through a single murder case. Almost 70 years on, it's still a pretty interesting, well-done procedural, but rather pales alongside its more poetic, handsome and sourly sexual contemporaries: Out of the Past, Cry Danger, The Glass Key.

Jolly Irish character actor Barry Fitzgerald (the guy who keeps saying "no patty fingers" in The Quiet Man) is cast against type as a shrewd, deceptively tough detective, who keeps a wary eye on compulsive liar Howard Duff after a model is murdered in her bathtub. As we follow the investigation from the scene to the police station to the morgue, Hellinger's voiceover - addressing a huge cast of characters, sometimes incisively, more often portentously - shows us his city: dynamic, sprawling and merciless; liars, losers and desperate chancers rubbing shoulders with you and I.

The vogue for location shooting began in the mid-'40s when Fox made The House on 92nd Street - an FBI-approved thriller, which should give you some idea of how insufferable it is - and Boomerang!, directed by Elia Kazan, both of which were adapted from real-life stories and shot in the same buildings and streets where the events unfolded. This one allies that idea - often superbly realised - to the rather pretentious "symphony of a city" approach of Warner's City for Conquest (made when Hellinger was at the studio), while exploiting the slight loosening of censorship - and associated capacity for titillation - that followed the end of World War Two.

But while Fitzgerald is quite convincing, the realistic approach - all legwork and squalid criminal motivation - is unusual, and the intelligent, downbeat ending works very well, for a movie with such a gargantuan reputation, it rarely hits the dramatic or artistic heights you might expect. It also has one of those weird wrestling subplots that director Jules Dassin put in all of his films unless physically prevented from doing so. (2.5) 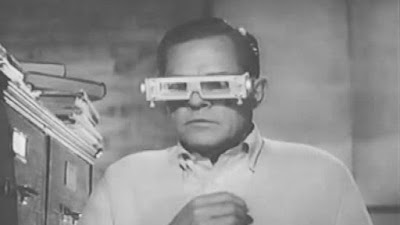 13 Ghosts (William Castle, 1960) – This haunted house horror from B-movie legend William Castle has a great first 30, as impoverished professor Donald Woods inherits an old mansion and moves in with his family, laughing off the preposterous suggestion that there's a baker's dozen of ghosts already waiting in the place.

After a tedious, uncontextualised opening gimmick showing off the spectres, Castle's command of the story seems absolute: knowing, smart and fun, exemplified by the casting of the house's resident 'witch'.

Then the apparitions materialise and the film's charm evaporates in an endless procession of unconvincing effects and laborious exposition. A real waste. (2) 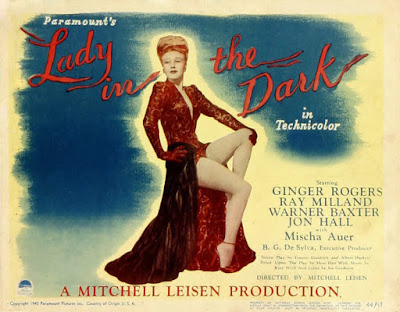 Lady in the Dark (Mitchell Leisen, 1944) – Not a romantic musical, as I was anticipating, but a dreadful drama about psychoanalysis, complete with massive, tuneless musical interludes, as unhappy careerwoman Ginger Rogers goes to see a shrink and has various lavishly-mounted dreams about how women should dress nicely, get married and generally just stop it.

Some of the production design is striking (especially when the smoke machines go into overdrive), but the material is hugely dated and only two of Kurt Weill and Ira Gershwin's songs from the stageplay made the film. The showstopping, Cab Calloway-ish Saga of Jenny, sung and danced by Rogers, is about the only thing here worth seeing, despite the more general presence of Ray Milland, Warner Baxter and a very young Barry Sullivan, who only really makes sense to me in Westerns. (1.5)

See also: Leisen did make my favourite film of all time, though.

Thanks for reading.
Posted by Rick Burin at 07:40