PLUS: The fall of Saigon, 1930s juvenile delinquents, and Danielle Darrieux destroyed the competition. 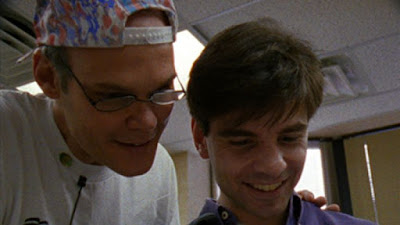 The War Room (D. A. Pennebaker and Chris Hegedus, 1993) – An atmospheric, extraordinarily insightful wonk-on-the-wall Pennebaker doc about Bill Clinton’s 1992 presidential campaign, which focuses on inspirational strategist James Carville (who coined the phrase, “It’s the economy, stupid”) and dreamy young communications head George Stephanopolous, whom you’ll know from that episode of Friends. There’s little context – this unapologetically unpolished film was released the following year, so it must not have seemed necessary – but it’s fairly easy to follow anyway, as well as utterly fascinating, remarkably candid and quite unnaturally exciting. It’s also very poignant, viewed either through the prism of Stephanopolous’s fast-building disenchantment with Clinton’s administration, or simply by taking a look at the ever-growing inequality in America, which the incoming president is repeatedly seen pledging to address. An absolute must for any politics or modern history nerd – and probably for any documentary fan too. (3.5)

If you want to watch, it's on iPlayer here until May. 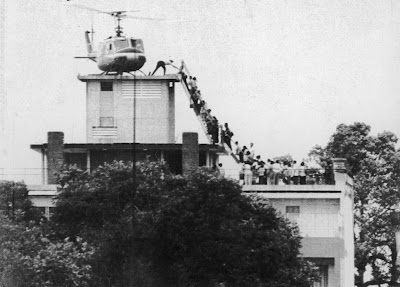 Last Days in Vietnam (Rory Kennedy, 2014) – Pretty good doc about the air-lift out of Saigon in 1975. There’s some astonishing footage (special mention for helicopters landing on a boat and then being tipped into the sea by hand!), as well as a gallery of informative talking heads – who are even-handed about the complexities of the evacuation, if not what America was doing there in the first place – but it didn’t quite have the emotional impact I was expecting. That may be a problem with me, but I’m still taking stars off. (3)

This one's also on iPlayer, but watch The War Room first, it's better. 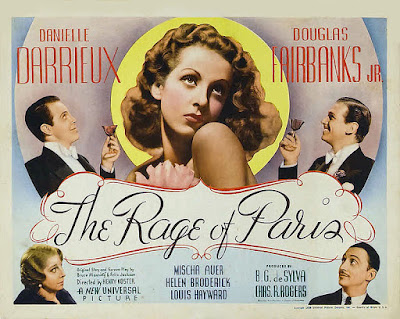 The Rage of Paris (Henry Koster, 1938) – A lovely rom-com, with near-legendary French star Danielle Darrieux making her Hollywood debut and running rings around her American co-stars.

She’s an aspiring model who sets herself up – with the help of waiter Mischa Auer’s savings and mentor Helen Broderick’s street smarts – to snare a rich man, but upon catching the eye of a millionaire (Louis Hayward, with little to do) she finds herself doing battle with his best friend (Douglas Fairbanks, Jr.) who owing to a misunderstanding has seen her in her underwear.

The script by a pair of regular Deanna Durbin writers is well above par (her most significant director, Henry Koster, is behind the camera), with plenty of surprises on the way to its predictable conclusion, but it’s Darrieux’s utterly captivating characterisation that makes it: a beacon of beguiling truth (and charm and intelligence and affable, near-perpetual confusion) amidst much artificial wish fulfilment. (3.5) 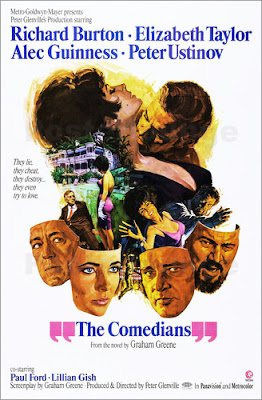 The Comedians (Peter Glenville, 1967) – Two-and-a-half hours of Graham Greene, set in Papa Doc’s corrupt, bloody Haiti, where a group of Westerners tangle with morality, religion and self-worth, from Richard Burton’s isolationist hotelier (shades of Bogart in Casablanca) and his lover (Elizabeth Taylor) to a pair of naïve Americans (Paul Ford and Lillian Gish!) and a war hero (Alec Guinness) trading on his swashbuckling exploits in Burma.

It’s interesting but inconsistent: mostly rather shapeless and murky in motive, though its draggy narrative is studded with fine moments and some arresting imagery. It’s also going somewhere: to a climactic, cathartic scene in a cemetery that’s so brilliant it’s somehow worth the uncertain two-hour build-up, as both Burton and Guinness are laid bare through magnificent, economical writing and confrontational, conspiratorial performance – particularly from the latter, who’s absolutely excellent throughout. While its revelations aren't necessarily a surprise, the way they're expressed and explored certainly is.

Gish is rather underutilised and relies too much on identikit line delivery, while the scene in which she’s struck by a policeman is oddly unconvincing (most scenes were done in just one take, due to the 127-degree heat), though she has a couple of strong bits, particularly when she joins a children’s parade, little guessing what she - and they - are about to see.

Overall, the film's an odd, slightly limp hybrid of Topaz, Outcast of the Islands and Greene's own Heart of the Matter (a cast-iron classic), though it certainly has its moments. (2.5) 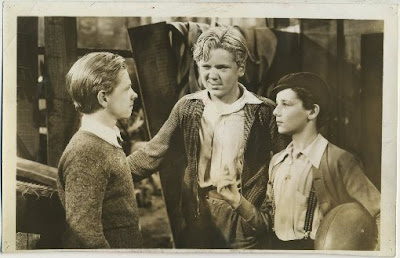 The Devil Is a Sissy (W. S. Van Dyke II, 1936) – Tennessee Williams once called Mickey Rooney "the greatest actor of all time". I used to think this was absolutely ridiculous but, while I'd still go for Jason Robards or Lillian Gish, when you watch Rooney at his best, you can kind of see where Williams was coming from. Unless he was reined in, Rooney was prone to do something extremely cartoonish and embarrassing, and possibly racist, but in the early '40s, with MGM attuned to his talents and a succession of strong directors guiding him, he gave three of the finest performances of the 20th century, in Young Tom Edison, National Velvet and particularly The Human Comedy.

This earlier film can't compete with those genuinely classic movies, but it does show Rooney to excellent effect. As the son of a murderer, whose father is about to be executed in the state penitentiary, trapped in a cycle of poverty and crime in an NY tenement, he is usually magnificent and sometimes spectacular, eschewing sentiment in a series of scenes in which a town clock announces his father's death, an attempt to buy a fitting tombstone ends in disappointment, and a bruising hood sneeringly derides his father's legacy. Sadly the film isn't in the same class. It starts brilliantly (after a little sloppy exposition), with echoes of the brilliant Pre-Code film, Wild Boys of the Road, and for 52 minutes keeps us entertained and on our toes, as a posh little English boy (Freddie Bartholomew, obviously) moves to New York to be with his father (Ian Hunter, who's good) and falls in with Rooney and Jackie Cooper's gang of minor miscreants.

Rooney's superb, Cooper's very impressive and Bartholomew gives it his best (he's neither in the same league as the other two, nor nearly as bad as his current reputation suggests), even when the film decides that it needs to break up the grinding pathos and genuine emotion with a dance number in a Park Avenue penthouse. Unfortunately, once we get in front of Jonathan Hale's pompous and patronising judge, the film's tone swings from refreshingly modern to unbearably paternalistic, as the plot loses all credibility and intelligence, serving up a succession of clichés and coincidences, and climaxing with a clearly re-shot botch-job every bit as excruciating as the one that ended The Magnificent Ambersons (though you don't get the feeling that we lost a masterpiece here. Bartholomew, incidentally, would have greater success in Captains Courageous the following year, as his posh little English boy was taught life lessons again, this time by Portuguese fisherman Spencer Tracy, who won the first of his two Oscars - his second came the year after, opposite a reforming Mickey Rooney in Boys Town.)

For all that eventual disappointment, there's still lots of fine stuff in here, as well as further welcome evidence that Rooney may have been an insufferable egomaniac with no quality control or notion of what he was good at, but he was also really, really talented. (2.5)

I've written about the Ranown Westerns a few times before. Last week I saw two of them on the big screen. 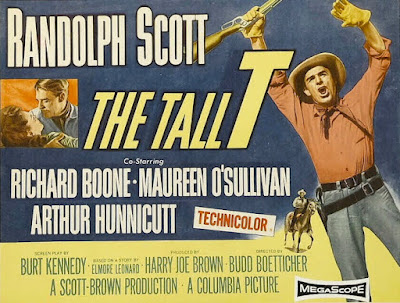 CINEMA: The Tall T (Budd Boetticher, 1959) – Near-classic entry in Budd Boetticher's 'Ranown' cycle, with Randolph Scott as a taciturn rancher waylaid by contemplative criminal Richard Boone and his trigger-happy henchmen. It has a slow, slightly juvenile start, and won't win any feminism contests (Maureen O'Sullivan's plain-Jane heiress is an irritating wet blanket, and the plot hinges on her nearly being raped), but for the most part it's really interesting, with a decent plot, some rich characterisation courtesy of writer Burt Kennedy, and a couple of sudden jolts of extreme violence. Henry Silva's fey, showy gunman threatens to steal the film, only for the craggy, philosophical Boone to muscle him out of it. (3)

CINEMA: Ride Lonesome (Budd Boetticher, 1957) – The best of Boetticher's 'Ranown' films, perfectly balanced between action, emotion and humour, and with sublime Cinemascope compositions that I'd never really appreciated until I saw it on the big screen today. Randolph Scott is another of his grim, grey anti-heroes, this time a bounty hunter taking giggling James Best to a hanging, accompanied by two gunmen who want a piece of the action (Pernell Roberts and James Coburn), and a widow with enormous pointy boobs and the voice of Marilyn Monroe (Karen Steele). It's exquisitely done, with Roberts absolutely unforgettable as the laidback, uber-cool Sam Boone (his surname borrowed from the chap playing his good-bad predecessor in The Tall T), whose inscrutable code of ethics seem to be leading us inexorably to a shootout. The final shot is extraordinary. (4)

Thanks for reading.
Posted by Rick Burin at 12:20