Ryan Gosling, While We're Young, and a letter from Samuel Beckett - Reviews #206

I had a week off work, which I spent writing, reading, watching movies and occasionally leaving the house to watch plays or buy food or ask a hospital to look at my foot (long-standing injury, no cause for concern). Yes, it was lovely thanks. Here's everything I did that didn't involve my kids' book (third draft, 79 pages through, lookin' alright). 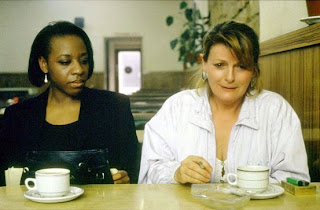 Mike Leigh's lengthy treatise on family, love and life has more to say on all three subjects than just about any other movie, fitting snugly into that exalted bracket alongside the likes of A Tree Grows in Brooklyn and Les enfants du paradis. His work can sometimes lapse into caricature, whether intentionally or otherwise, but this one is perfectly modulated and full of devastating long takes, including a two-shot in a café between Baptiste and Blethyn that's as good as any scene in '90s cinema - and probably better.

Blethyn doesn't really do small, but here she's simply sensational - and utterly real - as a character who hits very close to home, with Baptiste wonderfully measured and sanguine as her counterpoint. Perhaps the best performance of all, though, comes from Timothy Spall, as Blethyn's kind-hearted, protective and troubled younger brother, whose marriage to a haughty amateur decorator - who hates his sister's guts - is flecked with misery.

There aren’t many films that change the way you see the world. Or many pieces of art, for that matter. Secrets & Lies does just that. It's brilliantly conceived, bracingly authentic and emotionally overpowering, opting at its climax not for soap or sentiment, but something truly remarkable: the truth. It's simply a masterpiece. (4) 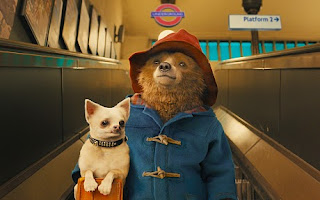 Paddington (Paul King, 2014) - I would like every UKIP voter to watch Paddington. Because of its inclusive message, not because I think they deserve a treat. (3.5)

My review from the cinema release is here. 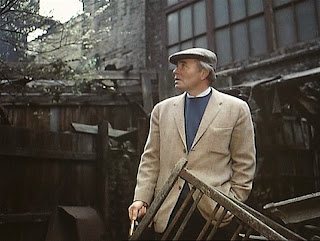 The London Nobody Knows (Norman Cohen, 1967) - This messy, unfocused documentary, from the director of Confessions of a Driving Instructor, is an entrancing jumble of elegy, history tour, meretricious Swinging '60s crap, lies and James Mason being brilliant. The 'Boy I Love' sequence is one of the best, most moving things ever put on film. (3.5)

Someone seems to have uploaded it here. My favourite bit begins at 00:01:24. 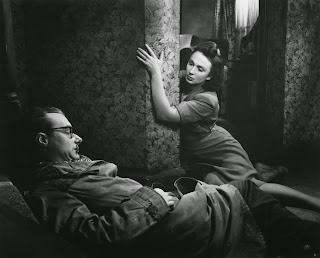 It Always Rains on Sunday (Robert Hamer, 1948) - This near-legendary meller, telling interlocking stories around London's East End, is full of cuppas, crime and grimy poetry. Googie Withers - as a sexually frustrated housewife harbouring a fugitive - John Slater and Indiana Jones cinematographer Douglas Slocombe are all in peak form, and the climactic action sequence is absolutely pulsating. Jack Warner's acerbic cop could hardly be more different from Dixon of Dock Green, the detective he played on TV for 21 years. (3.5) 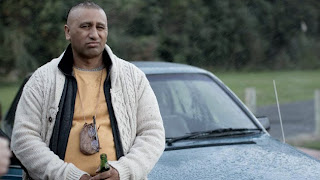 CINEMA: The Dark Horse (James Napier Robertson, 2014) - A mentally ill former chess champ takes over a club full of disadvantaged kids, and prepares them for the national junior championships. Sounds like a typical Hollywood fantasy, doesn't it? Now imagine it being made by the Dardennes, with a bit of Sling Blade thrown in, and lots of people being punched in the face. That's better, isn't it? This multi-garlanded Kiwi film, based on a true story, has occasional moments of wish-fulfilment or woodenness, but it pays for them a hundred times over, and Cliff Curtis's central performance as the bipolar Maori genius is an absolute gem. 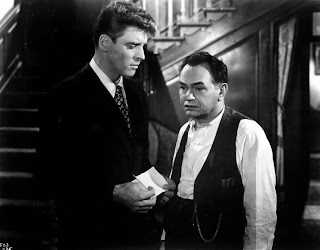 All my strangely tall, Swedish-looking sons.

All My Sons (Irving Reis, 1948) - A solid version of a classic early Arthur Miller play concerning a plant owner (Edward G. Robinson) who may have shipped dodgy parts to the army during World War Two. That potential scandal casts a pall over the romance between his son (somewhat improbably Burt Lancaster, as many have observed) and the daughter (Louisa Horton) of his former partner, jailed for the crime.

It's a little Hollywoodised: neither quite faithful nor cinematic enough to hit as hard as it should, wasting some of its energy on that tedious romantic subplot and underscoring each emotion with overbearing music, but the material remains superb and Robinson is absolutely excellent, flexing his acting muscles as another of Miller's flawed fathers, for whom the American Dream is ultimately just that. (3) 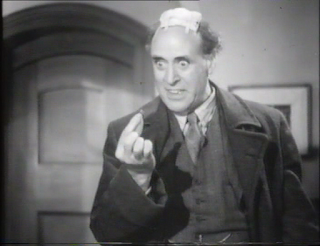 Inspector Hornleigh (Eugene Forde, 1939) - A threadbare British comedy-mystery, with too much plot, a weak supporting cast, and the great Alastair Sim completely overdoing it in a poorly-written role as a bumbling sergeant. Gordon Harker's quite good as Hornleigh, though - when not asked to merely denigrate the Scots - there are a handful of funny lines, and the culprit is genuinely surprising. I also liked the final gag. There are some things that a production budget of £2.50 can't spoil. (2)

Inspector Hornleigh Takes a Holiday (Walter Forde, 1939) - A slightly superior sequel, written by the great (if erratic) Launder-Gilliat team, that sees Hornleigh (Gordon Harker) and his sidekick Bingham (Alastair Sim) getting embroiled in a murder mystery while on holiday in Brighton. It has moments of real invention and quality, and then long passages where the plot drags and the humour feels incredibly forced. At least Sim gets a slightly better role this time, and there's a decent supporting bit for familiar character actor Edward Chapman. (2.5)

I also watched a couple from this Sam Fuller box-set, a mixture of movies he wrote, directed or for which he provided the story or source novel. It's an interesting but ragtag, slightly unsatisfactory collection with no classics except for The Crimson Kimono. 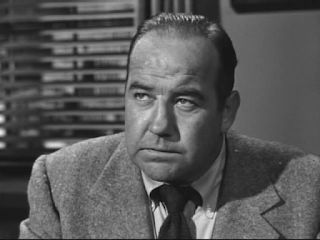 Scandal Sheet (Phil Karlson, 1952) - A passable noir about broken-nosed newspaper editor Broderick Crawford accidentally murdering his ex-wife, then sweating a lot as his protégé (John Derek) gets close to unmasking the killer. Based on a novel by former tabloid reporter (and future director) Sam Fuller, it knows its milieu and has some tense moments, but loses its momentum as the plotting begins to stretch credibility. Crawford is typically good while never going beyond type, Donna Reed is typically pretty and uncharismatic, and Derek looks like an 11-year-old Jef Costello. It's probably Henry Neill who leaves the greatest impression, though I think that's more because I'm a sucker for that kind of Fuller character - a beaten-down 'rumbum' who once won a Pulitzer - than because his performance is that great. (2.5) 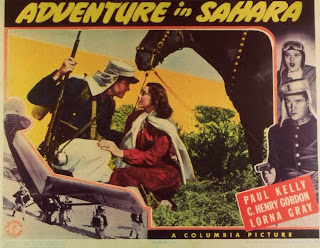 Adventure in Sahara (D. Ross Lederman, 1938) - I don't even know why this film exists. It's the story of a flyer (Paul Kelly) who joins the French Foreign Legion to avenge his brother's death, and plots the murder of sadistic general C. Henry Gordon. Then his girlfriend crashlands her plane in the desert nearby. It manages to be both predictable and ridiculous. And boring. Not bad for 56 minutes. And yet bad in every way. Including the title. Based on a story by Sam Fuller, but that's no guarantee. Directed by Sam Fuller, that's a guarantee. (1)

See also: I've reviewed some of the other films in the set too: It Happened in Hollywood,
Posted by Rick Burin at 19:01