Also, in this latest reviews update: Dragnet, drugs and lots of people in blackface. Just a short one this time. 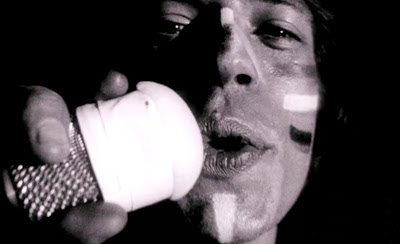 Crossfire Hurricane (Brett Morgen, 1972) – Very watchable but shallow documentary about the Rolling Stones, executive-produced by the band, that begins (for no apparent reason) in 1972, flashes back (for no apparent reason) to 1965 and then provides the expected mix of anecdotes, rare clips and occasional insights across a couple of enjoyable hours. The Stones are my dad's favourite band, so I was brought up listening to them (and hearing that they were better than the Beatles), and their show at the Don Valley Stadium in 1995 was the first big gig I ever went to. But while I'm grounded in the music, and read a couple of biographies at an unsuitably young age, this is the first proper doc about them that I've seen. Beginning with a disingenuous disclaimer that "no cameras were alllowed in the room" while new interviews took place – true, but only because the director said so – the film overlays a wealth of archive footage (much of it culled from previous Stones films like Gimme Shelter) with voiceovers from the band. Charlie Watts proves as cool and dry as you'd expect and Richards is unexpectedly articulate (some of the time), offering the strong image of the Stones as a black-hatted Western baddie, while Mick Taylor explains why he quit the group, Wyman outlines their bluesical alchemy in technical terms, Ron Wood turns up briefly – accompanied by photos of him looking like a drug-crazed scarecrow – and Jagger, in the film's most moving moment, says he doesn't know "how many months" it was after Brian Jones was kicked out of the band that he turned up dead. "It was three weeks," says the interviewer. "Fuck," replies Jagger, as if someone has just kicked him in the ribs, his usual aloofness shattered for a fleeting moment. There are other telling details too: the rivers of piss flowing down the aisles as excitable teenage girls wet themselves in droves, Jagger describing his fear and abject helplessness at Altamont, and Watts revealing his embarrassment at being chased down the street by schoolgirls (them again). It's also interesting to hear how Jones would mercilessly mock the working man – the same sort of man you see claiming that the Stones are "like us; not like the Beatles, spending eight days in bed".

As with any film about '60s musicians, there are also lots of clips of clueless, middle-aged journalists asking these hip young upstarts completely idiotic questions (the only artist who ever came out of that situation badly was George Harrison, whose interrogation about his mystical beliefs, featured in the Scorsese doc, was hilariously incoherent). But while those parts are amusing, and do a fine job of articulating the yawning generation gap that the Stones understood, epitomised and exploited, watching a young Jagger being constantly if handsomely evasive palls after a while. The film is also oddly shapeless, with no clear dramatic narrative aside from an "everyone hated us, then everyone loved us" angle shoved in near the close, an over-reliance on unsatisfying musical montages (Morgen just isn't very good at them) and a rather slapdash approach to what should and shouldn't be included. Most disappointingly, the film fails to delve into the Jagger-Richards relationship, surely the most interesting thing about the band. I should add here that I find all the mythologising of Richards' life incredibly tiresome - so he took a load of drugs and didn't die, whoop-dee-fucking-doo - but the love-hate dynamic between the two, forged at a young age over a love of blues, and mutating and twisting ever since, while producing some glorious music, is fascinating. We're never really told who the Stones are, where they came from and how they came together, aside from Wyman's line that the others "met in jazz clubs". I'd also quibble with Morgen's idea that talking head interviews aren't worth seeing: seeing how someone says something, the range of emotion on their face, is often as intriguing and revealing as what they're saying. Sadly we'll never see Jagger's expression as he disclaims, "Fuck" (presumably one of dumbstruck horror), as, well, no cameras were allowed in the room.

There's no denying that Crossfire Hurricane is a fun watch. There are blistering versions of several key tracks, including the legendary take on Sympathy for the Devil from Rock and Roll Circus (which I have seen), Morgen does do a good job of finding film of events that at the time seemed minor, but echo through history (like Jones' last relevant contribution to the band), and with the volume of fine footage available - allied to a few interesting interviews - it would be hard not to make an entertaining film. But Crossfire Hurricane is also sanitised and slightly aimless, which isn't something you could say about the Stones themselves - or their best records. Still, I suppose you can't always get what you want. (3) 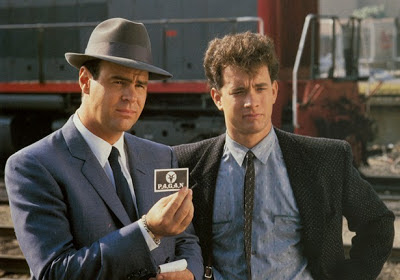 Dragnet (Tom Mankiewicz, 1987) - A flat, misguided homage to/spoof of the wildly popular '60s police procedural show, with Dan Aykroyd as Joe Friday, the uber-officious nephew of Jack Webb's character, and Tom Hanks playing his new partner, a relative loose cannon. Hanks is good, fans of the series may enjoy seeing Harry Morgan reprise his role, and a few of Aykroyd's lines - translating events into coldly and excessively factual police-speak - hit the target, but there are long, laughless stretches, an air of un-earned smugness pervades, and the intentionally far-fetched plot is unintentionally shit. I can't decide if Christopher Plummer's creepy, perma-laughing moral crusader is good or not. The funniest thing about the movie is that the encounter with the pagans and the subsequent tunnel escape - guns blazing - is virtually the same as the one in Kill List! Veteran character actress Kathleen Freeman also turns up to call Aykroyd a "jizzbucket", which is funny if you pretend that she's reprising her rosy-cheeked, butter-wouldn't-melt-in-her-Scandinavian-mouth role from Annie Was a Wonder. Just me then?

Trivia note: Director Mankiewicz is the son of Joseph L., and had worked as a writer on several Bond films and the Superman series. (2) 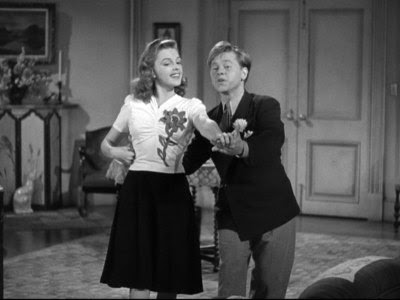 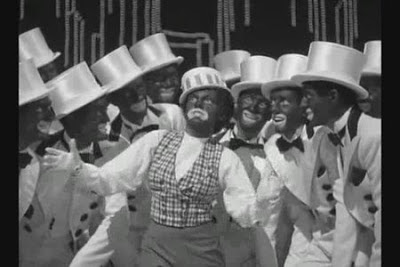 Not sure about this.

Babes on Broadway (Busby Berkeley, 1941) - No, it might not be strictly necessary for Mickey and Judy to do quite so many impressions of deceased theatrical greats. No, I don't know why he's doing a weak take-off of Carmen Miranda. Yes, the plot about sending inner-city orphans to the country is unbelievably corny. And no, perhaps everybody shouldn't be in blackface. But this was 1941. And America. So, yes, this decent putting-on-a-show musical leans on plotting that's almost self-parodical, and features a climax that is simply baffling to modern audiences – while it's worth adding that the blackface finale is in the theatrical tradition of minstrel shows, which were hardly out of the ordinary in 1941, and it's naively celebratory rather than mean-spirited, the image of a blacked-up Rooney impersonating an African-American pensioner and mugging as if his life depended on it whilst playing the banjo makes his performance in Breakfast at Tiffany's look like a model of PC restraint. But the flabbiness is part of the fun, Garland is in terrific form (compensating for Rooney, who's very talented but just too OTT here) and there are some wonderful numbers. Especially How About You?, which has long been a favourite, is beautifully staged in a tenement flat and features a brief flash of Rooney-doing-John-Barrymore. Elsewhere, Busby Berkeley's direction utilises his beloved crane shots to impressive if unnecessary effect, and there's a top supporting cast that includes tap dancer Ray McDonald, future director Richard Quine, Fay Bainter and the talented Virginia Weidler, who's largely just asked to cry and pout. A tiny Margaret O'Brien also makes her debut here, playing a wannabe actress who greets theatrical impresario James Gleason with the words: "Please don't send my brother to the chair, warden." If you ever want to see a Mickey and Judy film – and they are resolutely NOT FOR ALL TASTES – Girl Crazy remains the one to go for. (3) 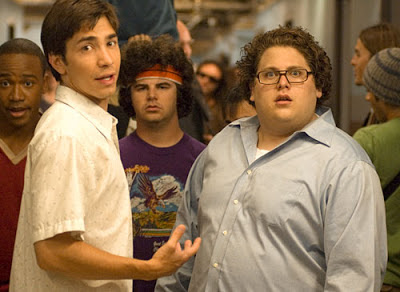 Accepted (Steve Pink, 2006) – Lazy smartarse Justin Long fails to get into college, so he invents one of his own - which soon becomes horribly real. This campus comedy starts off very funnily, goes nasty and offensive (the college is a former psychiatric hospital, resulting in a slew of mental illness gags), then settles into mediocrity, before turning oddly pious at the close, as Long launches an impassioned defence of his establishment's non-conformist method of learning, which as far as I can tell involves listening to broad if agreeable anti-corporate sentiments, and watching people ride motorbikes into swimming pools. Still, Long and especially Jonah Hill make the most of it. "This is awesome," Hill says as they enter the abandoned hospital for the first time, "'cause now I can finally get hepatitis!" (2)
Posted by Rick Burin at 13:16