Les enfants, Bob Peck and It Happened One Night 2 - Reviews #93

There's the usual heady blend of history, bad jokes and swearing in this latest set of reviews, which find me enjoying one of my favourite 10 movies at York's City Screen cinema, and then plonking myself down in front of the telly to watch some romcoms. And a bleak, seminal eco-thriller. 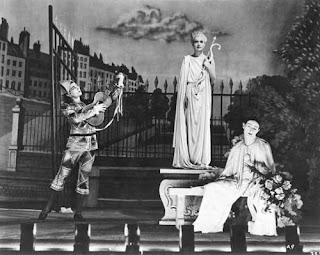 *MASSIVE SPOILERS*
CINEMA: Les enfants du paradis (Marcel Carné, 1945) –There are six or seven films so vast in their ambition, so surefooted in their execution, so utterly perfect in every way, that they just make you shiver and gasp and grin. Amongst this exalted group – Remember the Night, Colonel Blimp, Hoop Dreams, The Searchers, Ghost World and Diary for Timothy – stands Carné and screenwriter Jacques Prévert's Les enfants du paradis: the towering achievement of French cinema. Jean-Louis Barrault stars as Baptiste, the first great mime, who rises to fame at the Théâtre des Funambules but is tormented by his unflinching, draining love for flighty carnival-worker-cum-socialite Garance (Arletty). Even after he's married, he pines for her, while she hops from rakish thief Marcel Herrand to caddish actor Pierre Brasseur and aristocrat Louis Salou. Filmed during the Nazi Occupation of Paris, drawing on half-imagined events in 1830s Paris, and populated by a cast of stage titans, Resistance fighters and the odd collaborator (Arletty, I'm looking at you), it's a portrait of a vanished world, a hymn to the art of acting and an allegory about France – many try to tame or cage the worldly Garance (Arletty, ironically enough), but she is forever free, and none but the people (represented by the pure, Chaplin-esque mime Baptiste) can hold her heart. And all the while, a detestable, amoral shit of a clothes man – reviled by Baptiste – skulks around. That the film contains one of the great screen romances, we know. It's also clear on first viewing, no matter what size the screen, that in the performances of Arletty, Barrault and his quivering, obsessive wife (María Casares), it boasts three of the finest performances ever committed to celluloid. And its high spots are so far above just about anything else you'll ever see that it's faintly absurd: Baptiste sparing Garance from arrest with an impromptu mime, recreating the shattering of his heart as an audience looks on, transfixed, from "les paradis” (the "Gods” of the theatre), standing between his two lovers at the climax of the first half, or fighting against a tide of carnival-goers as an expressionless Garance leaves him again, and perhaps forever. But despite all that, seeing it on the big screen is something else entirely. Everything is magnified; we are placed in the front-row of the theatre, or else amidst its whooping, cheering audience. The atmosphere of the Boulevard du Crime leaps to vivid life – the exquisite staging of the sparingly-used external sequences pervading the whole – and Pierre Brasseur's irrepressible performance as the eternally irreverent ham Frederick is a delightful sideshow to the gutting central narrative. I think you can also see Arletty's nips in the tub, so strike one up for digital restoration. Carné's handling is breathtaking, Prevert's script is so clever, witty and worldly-wise it just makes me want to give up, and the timeless story seems to grow in strength and resonance with each passing year. The greatest. (4) 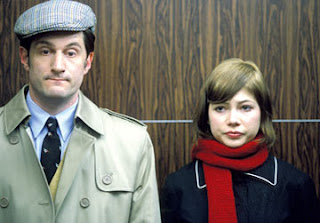 *SPOILERS*
The Baxter (Michael Showalter, 2005) – You know that guy who always gets left at the altar in movies? Yeah, the one who’s played by Ralph Bellamy. Well, this movie is about him – mostly. And with its time-shifting narrative, plethora of genuinely inventive, surprising gags and spectacular supporting cast, it’s a little gem. Showalter is decent in the lead, Justin Theroux makes an amusing nemesis and Michelle Williams is simply lovely as the girl our anti-hero should be dating – rather than tedious Elizabeth Banks – but it’s the bit-players that really make it, from Paul Rudd to Peter Dinklage, Joe Lo Truglio and Ken Marino. The two surprise gags at the death are sublime. (3.5) 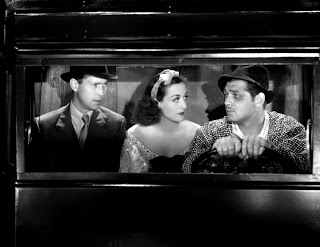 Love on the Run (W.S. Van Dyke, 1936) – In 1934, MGM punished its hottest male star, Clark Gable, by loaning him out to ickle-wickle studio Columbia, for a screwball romance called It Happened One Night. The film, based on a script by Robert Riskin that had been sniffed at in earlier incarnations by anyone with half a brain, went on to be one of the biggest successes of its decade, scooping all five major Oscars – a feat unmatched until 1991. As you might imagine, MGM - America’s juggernaut of a dream factory - was a bit peeved, so it spent the next few years trying to recreate the success of that film, looking to capture lightning in a bottle the only way it knew how: by making movies that were quite a lot like It Happened One Night. This one is even billed in the trailer as “It happened... in 77 hours”, which makes it sound less, rather than more, romantic. It’s fun, though: another screwball comedy romance starring Gable, pitting him against Joan Crawford for the seventh time - she’s the tabloid fodder his scheming reporter just can’t do without. There’s a bit of intrigue in there too (though it’s rather incidental to proceedings) and Franchot Tone, Crawford’s then-husband, is cast as the third wheel and butt of Gable’s numerous practical jokes. Gable is fun as a kind of amoral, Lee Tracy-ish reporter – this ends up as something of a dry run for the tremendous Too Hot to Handle – and Tone is as appealing as ever in a role that Ralph Bellamy must surely have lobbied hard for, even if he does keep closing one of his eyes in an odd way that I think is supposed to suggest he's cross. Crawford is perhaps the Hollywood legend I have the least time for – she’s too abrasive to warm to but lacks Bette Davis’s raw power, and elsewhere features in the two worst dance numbers I have ever seen – but aside from a couple of strops, she’s at her most likeable here. The script is a little bit all-over-the-place, and it can’t sustain the film’s brilliant start, but with this level of star power, William Demarest as an irascible editor and Donald Meek doing a little dance in front of an imaginary dog, it’s got to be worth a look. (3) 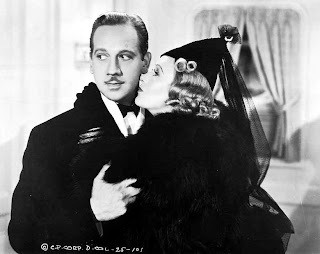 I’ll Take Romance (Edward H. Griffith, 1937) – By-the-numbers comedy musical, with Melvyn Douglas romancing Australian opera star Grace Moore as he tries to get her to sing in Buenos Aires. The film has a few nice arias, a couple of standards and Douglas’ typically deft performance to recommend it, but the script isn’t up to much. (2.5) 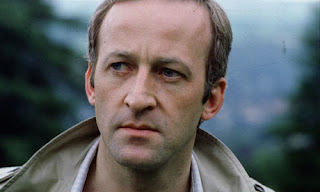 TV: Edge of Darkness (1985) - Bob Peck's performance - as a tough, smirking, bereaved, hallucinating, hand-stroking, dildo-kissing cop investigating his daughter's murder - is perhaps the most exciting and revelatory I've seen since catching Jason Robards in A Thousand Clowns two or three years ago. And this resolutely adult eco-thriller just about matches it, even if the last two episodes aren't quite as a precise, pungent and flat-out phenomenal as the first four. The scene in which Peck and CIA man Joe Don Baker sing an uneasy barroom duet of Willie Nelson's 'Time of the Preacher' is fucking incredible. The score, co-written by Eric Clapton, is a masterpiece. Liked this a lot, lot, lot. (4)
Posted by Rick Burin at 18:56