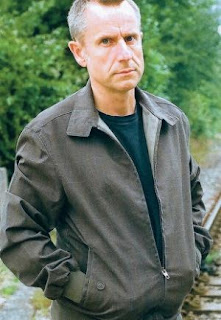 JEREMY Hardy’s rambling new show had “never been tested on humans” before coming to Harrogate.

His willing subjects reacted favourably to material about religion, history and the Government, but got a touch frosty when Hardy turned his gaze on the nation’s soldiers.

Coming soon after spirited sets from Stewart Lee and Josie Long, the show at first feels a little low-key.

There’s no fanfare: Hardy just ambles on and starts chatting. He’s relatively quiet and appears to lack the presence of someone like Lee, standing on a spot centre-stage, his feet close together.

But the experienced comedian quickly grows into the set, aided by laid-back delivery, a fine turn of phrase and a fondness for waving his hands above his head in exasperation.

His performance has playful moments, like a game of ‘peepo’ with a 24-year-old in the audience and one-liners as deliciously puerile as: “I think I might be food intolerant. I find it just turns brown and falls out of my bottom.”

Hardy’s at his best, though, in the incisive, sure-footed political routines, sardonic but underpinned by righteous rage. “A free and frank discussion of my entrenched views”, he calls it.

He hasn’t toured under a Conservative administration for 13 years and for a committed socialist, that’s clearly significant.

“Everybody has been saying: ‘Labour, they’re as bad as the Tories.’ Then the Tories get in and you think: ‘They’re not, are they?’, ” he says.

He says the Conservatives have “taken on human form. That’s when they are at their most dangerous” and imagines the tributes that will be paid after Margaret Thatcher’s death: “Blair will say she was the people’s Pinochet.”

He claims Nick Clegg has worn the same expression since opting to form a coalition, “a kind of complacent shame” but that Blair is “entirely sincere - that’s what’s so scary about him”.

“He thinks he’s doing God’s work. God, in his wisdom, should give Tony some light housework, ” he adds.

If so many warring nations are acting on God’s behalf, then something is amiss, “He’s a stirrer.”

As you might expect with a first date, Hardy occasionally falters, peppering his spiels with “y’know”s until he’s back on track. Or covering with a story about making his adult singing debut in Harrogate.

But he does more than two hours of material in all - and most of it is very funny.

There are scattershot gags about the world around us, from sunglasses (“What happened to screwing your eyes up?”), to updates on social networking websites (“‘Seems like I’m indispensable, LOL’? These people are like characters from The Dandy”) and starting every day with a positive mental attitude (“It lasts only as long as you find the milk has gone off and wish you’d never been born”).

He offers his thoughts on the deficit (“don’t give the money back”), the theatre’s decor (“I’m not sure the naked children are entirely appropriate”) and colonial camouflage (“a bright red tunic? Try finding a country that matches that”) before reaching the most challenging part of the show.

“So fit they can kill a man just by shooting him.”

It’s now that a section of the crowd stops laughing and starts looking a bit uncomfortable. Though it’s fascinating to watch a comic so openly confronting an audience’s beliefs, the mood doesn’t improve until he quits talking about Iraq, Afghanistan and the sub-standard education of the armed forces and returns to discussing Britishness.

“If someone asks how you are, don’t say ‘I’m good’, that’s a moral judgement, ” he says. “‘Mustn’t grumble’ is the correct response.”

Then he’s on to culture. “If people don’t understand you, the chances are you’re a conceptual artist or a weirdo.”

And Nietzsche. “‘Whatever doesn’t hurt you makes you stronger’? He obviously never caught TB or hit his knee on the corner of a filing cabinet.”

It’s enough to win back the crowd and draw sufficient applause for an encore.