Just a quick round-up of the things I watched immediately before Christmas. Been mostly eating cheese and re-acquainting myself with a guitar since then. 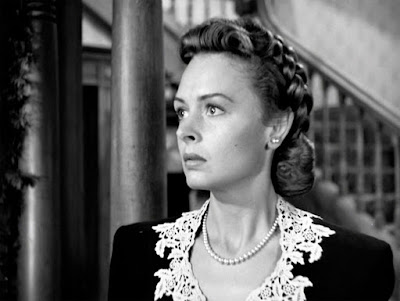 CINEMA: It's a Wonderful Life (Frank Capra, 1946) – Frank Capra's immortal film about everyday heroism is a Christmas movie – but it's not just for Christmas. It's an enduring celebration of life, love, friendship and small-town America that doubles as an indictment of the rapacious capitalism that now defines the country.

It's perilously dark, delightfully left-wing and stuffed with unforgettable scenes and performances – from H. B. Warner nearly poisoning a kid, to Alfalfa from Our Gang as a graduation hop prankster, Gloria Grahame playing town flirt Violet Bick, Beulah Bondi doing her Best Mum Ever bit, Thomas Mitchell playing drunk (obviously) and Lionel Barrymore as the penultimate word in arsehole financiers.

Dominating it all is Jimmy Stewart's greatest performance: funny, utterly loveable and finally heartbreaking as selfless George Bailey, who one Christmas Eve wishes he'd never been born and gets to see what the world would be like without him, thanks to bumbling guardian angel Clarence (Henry Travers).

The wise, universal (and multi-authored) script is densely packed with charm, incident and insight, while Capra's handling is sublime, with stunning use of close-ups at key moments, and that intense, breathlessly-directed sequence in the hellish netherworld of Pottersville that culminates in Violet being dragged away by the vice squad.

All that, plus Donna Reed's beautifully-judged performance as George's wife, Mary, the genesis of Sesame Street's Bert and Ernie, that amazing joke about needing to be excused, and one of the most wonderful denouements in movie history.

Though if I read one more review from someone saying, "I thought old movies were rubbish until I saw this" and then not watching any others, I swear I will go full Mr Potter on them. (4) 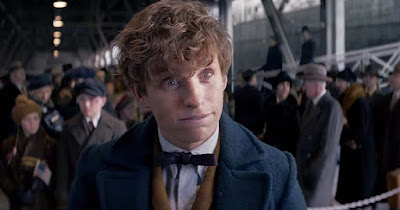 "Psst, where can I find those fantastic breasts I keep hearing about about?"

CINEMA: Fantastic Beasts and Where to Find Them (David Yates, 2016) – A textbook family film, with just the right balance of story, characters, jokes, soppy stuff and moderate peril, as Newt Scamander (Eddie Redmayne) pitches up in 1920s New York with a suitcase full of fantastic beasts, while vitriolic anti-witch campaigner Samantha Morton and dodgy Colin Farrell battle for the soul of Typecast Weird Teenager Ezra Miller – and a mysterious little girl.

There's so much to enjoy, from Rowling's effortless expansion of her wizarding world to Morton in a cloche hat for the first time since Sweet and Lowdown (shame she's evil), and an immensely satisfying scene in which the city is repaired following the usual CGI destruction. (We neurotics would like to see this in every film from now on, please.)

I'm not a huge fan of Redmayne, who seems to have waltzed into a major-league career on account of his background and connections, but he's rather charming as the wide-eyed Newt, Katherine Waterston is delightful as his foil – a recently unemployed auror – and both Alison Sudol and Dan Fogler do well to mine pathos from rather familiar roles.

It helps, I think, that this was written for the screen, as there's no need to strip away subplots or skip from one set-piece to the next; instead there's a methodical but immaculate balance between the different elements (like when RKO used to plot each Fred and Ginger vehicle on a chart: comedy bit, romantic bit, dance number, etc).

In my eyes, you're usually onto a winner if you set your film in '20s America – just about the most fascinating, cinematic place imaginable – and though I'm sure the decision is rooted in the commercial, it's a delight to be there, and not just because Waterston dresses as a flapper in one scene.

And though I usually find CGI too synthetic and unbelievable to be wondrous, Fantastic Beasts manages to evoke a real sense of magic – and character – from those creations. Especially the echidna-alike with a magpie's eye for shiny things. The way that Rowling allows the story to hinge on their actions and the way they're used may be a little gimmicky (we'll see in future instalments), but it completely justifies this new series – and already I can't wait to see the next entry.

There's nothing here to challenge the Harry Potter books as Rowling's finest artistic achievement, but it's arguably better than the best of the Potter films, which for the most part left me fairly cold (it goes 3, 8, 5, 6 and the rest I can leave, really, if you were wondering). Fantastic Beasts has a few extraneous sequences and hamfisted supporting characters, but it's also a handsome, funny, immersive, appealing and entertaining movie, and those don't come along every week.

It's also the only family film I've seen where a middle-aged man is almost raped by a magic rhino. On second thoughts, that sentence doesn't need the word 'family' in it. (3) 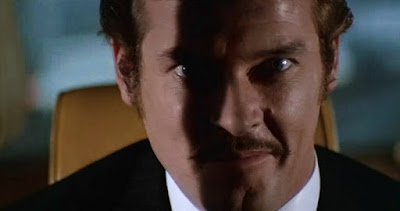 The Man Who Haunted Himself (Basil Dearden, 1970) – A cracking, eerie thriller about staid suburban businessman Roger Moore getting in a car smash and cheating death, only to find that he now has a corrupt, womanising doppelganger.

The film is hampered by a few naff elements – dated music, weak back projection and Freddie Jones as an eccentric Welsh psychiatrist – but the story is great, Moore is terrific fun in a dual role, and this one reaches a fantastic domestic climax, only to rather throw it away in the final seconds.

A pity, but The Man Who Haunted Himself is well worth seeing: gripping in itself, and with some heavy-handed but interesting points to make about conformity and repression. Listen out too for Moore talking about James Bond, three years before taking the role that would define his career. (3)

Thanks for reading.
Posted by Rick Burin at 12:57