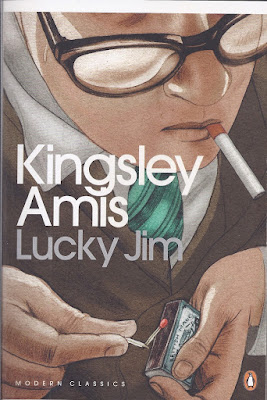 My favourite book of the year was Kingsley Amis's Lucky Jim (1954), an endlessly economical, alarmingly relatable marvel about lecturer Jim Dixon, who's caught between two very different women, and plagued by a litany of unspeakable men, as he attempts to hold on to his job and arrest a casual but definite decline brought on by booze, poor fortune, general confusion and a tragic inability to Play the Game. Barely a sentence goes by without Amis introducing some black, bleak or brilliant idea, revolving on some inspired turn of phrase, while the book’s blending of the cynical, romantic and inutterably, breathtakingly funny is just about perfect. It's an absolute wonder.

In April, I read Philip Roth's The Plot Against America (2004), a chilling piece of alternate history, in which heroic aviator and fascist sympathiser Charles Lindbergh ascends to the US presidency and agrees an ‘understanding’ with Adolf Hitler. Against the slow-burn of burgeoning anti-semitism, the young Roth comes of age, while the older brother he idolises is co-opted by the establishment, his cousin is crippled by war and his parents are torn between pragmatism and self-respect. Roth's humanity, intelligence and explosions of ironic violence keep you gripped and gazing in slack-jawed amazement, though of course it could never happen. 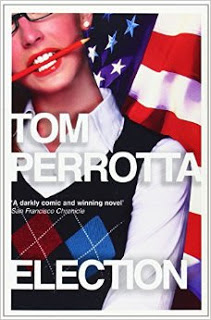 Another of my highlights was Tom Perrotta's Election (1998), an exceptional piece of storytelling told from five vantage points and prefaced with perfection by Irish novelist William Trevor's observation that "the world is the school gone mad". So I asked for two more of his books for my birthday: Little Children (2004) was a modern masterpiece that transcended its suburban trappings, and offered such virtuosic delights as a sarcastic child molester; The Leftovers (2011) was superbly plotted but saddled with a bafflingly blunt and broad sense of humour.

There is no piece of writing I love more than James Joyce's The Dead, which makes up for any of the other failings of Dubliners (published 1914), and indeed for some of the year's relative disappointings, including Dashiell Hammett's flat The Thin Man (1934), a rare case of a book being vastly improved in its cinematic translation, Fahrenheit 451 (Ray Bradbury, 1954) – an interesting but imperfect sci-fi work – and David Peace's 1974 (1999), which is unforgettable, but not always in a good way. 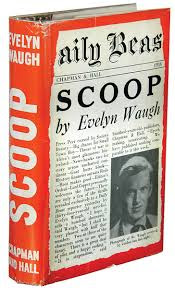 I was seriously underwhelmed by a couple of early Evelyn Waugh comedies: Scoop (1938), with its thin characters and fixation merely on language, and Vile Bodies (1930), an oddly blinkered and distractingly self-satisfied work with only a few passages of breathtaking wit and the superb character of absent aristocrat Colonel Blount to recommend it. It's deathly dated in its satirising of people and phenomena long forgotten, with nominative determinism that's a shallow bore, though its principal problem is its triviality: that's perhaps the point of the book, but it's also entirely self-defeating, preventing it from really amounting to anything.

This year's two Vonneguts were lesser works, though I found plenty to love about Deadeye Dick (1982), less so Galapagos (1985).

But most of the books I read were good, and many of them were simply fantastic. Nancy Mitford's The Pursuit of Love (1945) is a playfully heightened, impeccably-written romantic comedy, laced with insight, understated emotion and dazzling wit, based upon her own life – and her experiences as a member of Britain’s most notorious family. It’s not especially ambitious in terms of scope, but it is magnificently realised. The Prime of Miss Jean Brodie (Muriel Spark, 1961) was slim, spare and economical, warped, waspish and filled with malevolent, brilliant throwaway jokes, its nastiness masking a poignancy and perception that linger, along with the bitter taste of betrayal. And A Confederacy of Dunces by John Kennedy Toole (1980) was as repulsive and rip-roaringly funny as you could ever want, a hypnotically original slice of Southern Gothic, full of virtuosic passages of bilious wit, as Ignatius J. Reilly and a gallery of hysterically funny supporting characters go almost aimlessly about their daily business in a vividly-realised nightmare of New Orleans, before you realise that Toole has been shuffling everyone expertly into position for a quite brilliant finale. 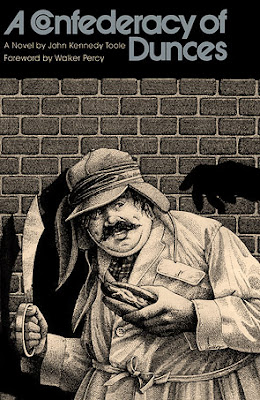 I also read my first Márquez novel this year, Memories of My Melancholy Whores (2004), which is great if you want to read about a disgusting old man fucking a child, and luxuriated in a book of epic silliness and staggering readability, The Truth About the Harry Quebert Affair by (Joel Dicker, 2012). I'm finishing the year with Northanger Abbey, the one of Jane Austen's six completed novels that I hadn't yet read. She wrote it first, though it was only published post-humously, and there's a different feel to her later books: an immense energy allied to an apparently limitless supply of withering sarcasm.

I read lots of kids' books to help with my pitching of my own novel for eight to 12-year-olds (nothing yet, but I'll keep you posted), though one I read for pleasure, and received incalculable amounts, was How Tom Beat Captain Najork and His Hired Sportsmen by Russell Hoban (1974), an utterly beautiful ode to silliness, with hilarious, sumptuous illustrations by the incomparable Quentin Blake. 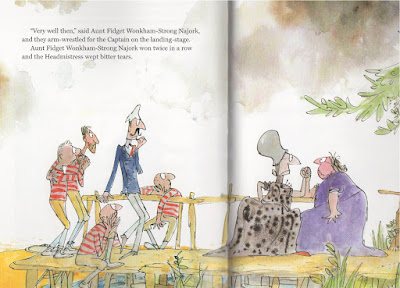 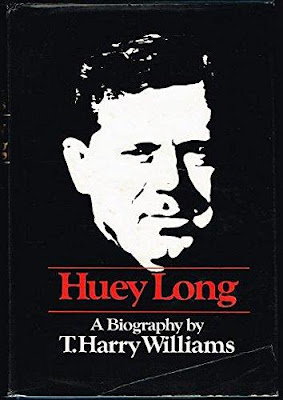 My non-fiction book of the year was unquestionably T. Harry Williams' epic treatise on the life of Louisiana senator Huey Long (1969). Next to that (but also next to most history books), Bill Bryson's One Summer (2013) looked frankly dire, though Owen Jones' Chavs: The Demonisation of the Working Classes (2011/12) remains fresh, relevant and important after five years in which so much has changed, and yet nothing has.

As usual, I read quite a few books about movies. Margaret Talbot's book about her father – actor Lyle Talbot – and his times, The Entertainer (2012) was frequently excellent, Mark Kermode's Hatchet Job (2013) proved shapeless but lively, and I really enjoyed the third volume of Simon Callow's Orson Welles behemoth, One Man Band (2015), covering 1947 to 1965 in considerable style. The best by far, though, was François Truffaut's book on Alfred Hitchcock (1967, revised 1983), which fundamentally changed the way I look at cinema. I wrote about it a little here. 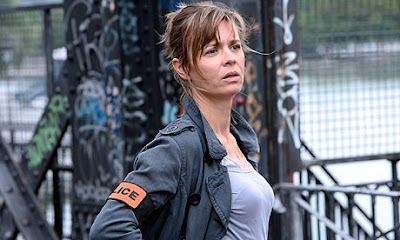 My elder brother exposed me to the French cop show, Spiral, which quickly became a favourite, as I consumed the first four seasons, though my attempts to marry Laure Berthaud (above) have thus far come to naught. At times it traverses the line marked 'do not cross, silliness ahead', but at its best it's remarkable. Season 2 is a marvellous thing.

The Thick of It and Veep were regulars round my place, with just the right balance of misanthropy and swearing at a time when I was in dire need of both. I also caught up with some quality BBC dramas from recent years, and loved all of them: The Shadow Line, State of Play and Life on Mars. I travelled a little further back too, for all three brief, brilliant series of the original House of Cards.

E4's Misfits ('superheroes with ASBOs') was escapist and intensely funny, though I bailed after Season 3, by which time all of the original cast had left. The Simon/Alisha storyline in the second series is so ambitious, and so deeply affecting. Some amazing, incredibly handsome reviewer described the programme as "an antidote to morality plays, Marvel movies and just about everything else", and who am I to disagree? 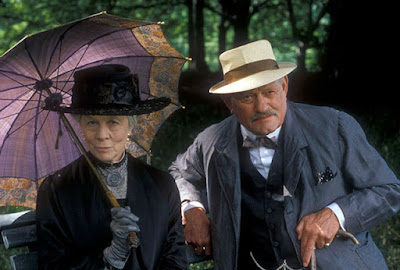 Aside from Lillian Gish, my favourite actor of all time is Wendy Hiller. She was primarily on the stage, but appeared in a handful of films, and did a fair amount of TV work late in life. I watched three of her small screen triumphs: All Passion Spent (above), a delightful rom-com called The Kingfisher that reunited her with Major Barbara co-star Rex Harrison and, best of all, The Best of Friends, a miraculous drama based on the correspondence between legendary playwright George Bernard Shaw (Patrick McGoohan), esteemed museum curator Sydney Cockerell (John Gielgud) and Dame Laurentia McLachlan (Hiller).

The American Sherlock Holmes series, Elementary, got by on the strength of its central relationship, Adam Curtis made the hyper-intelligent HyperNormalisation for iPlayer, and I developed an unexpected fondness for true crime films – or at least miscarriage-of-justice polemics – devouring the likes of Making a Murderer, The Jinx, Netflix's Amanda Knox film, and old documentaries about James Hanratty on YouTube. (Bit of a weirdo, sorry.) I bailed on the much-lauded Stranger Things after two derivative, pointless episodes. 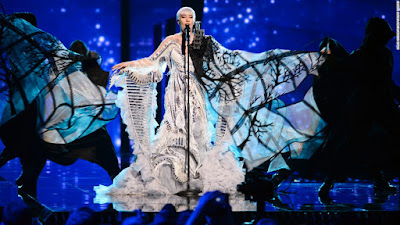 I also attended Vicky's fabled Eurovision party, finding to my perpetual astonishment that this programme I'd been avoiding for years was actually great fun, especially with friends and without Terry Wogan. I have listened to the Italian entry more times than I'd care to admit this year. The Apprentice, which in the past I'd really looked forward to, was for the most part exceedingly dull, with no heroes and – even more damagingly – no decent villains. (And I listened to a lot of podcasts, but I can't review everything, where would it end?)

I've just started Master of None (2015) on Netflix, which is a sweet and beautiful thing.

Thanks for reading.
Posted by Rick Burin at 12:20