Éric Rohmer has now made the best movie I've seen this year, as well as the worst. Also featuring this time around: Buster Keaton, D. W. Griffith and all that other stuff I won't shut up about.

After Le signe du lion, I'm back in love with Rohmer, courtesy of this double-bill: 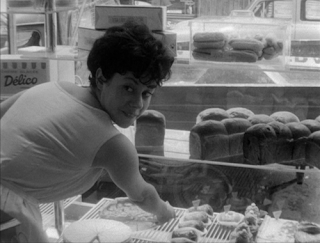 The Bakery Girl of Monceau (1963) - A mesmerising, intoxicating Rohmer short that's as close to a personal manifesto as you'll ever see on screen. His enduring preoccupation was where eroticism touches romance, and his view of both was heady, wise, ironic. After the false start that was the director's abysmal debut feature, the tedious, neorealist Signe du Lion, this story of a law student (Barbet Schroeder) flirting with a counter girl at a Parisian bakery (Claudine Soubrier) as he waits for his true love (Michèle Girardon) to walk past is extraordinarily affecting, honest and insightful: grubbily conspiratorial as we're asked to see everything from his jaundiced viewpoint (it's a 'moral tale' in so much as it's about personal morality), a little eerie as it ponders fate and chance, and gloriously sensual when they duck into an alleyway to talk and he starts stroking her neck. 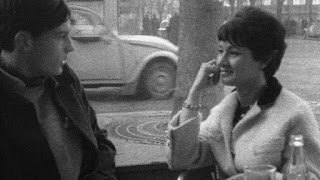 Suzanne’s Career (1963) - The second of Rohmer's Six Moral Tales, with quiet, judgemental Bertrand (Philippe Beuzen) observing the relationship between his cruel best friend, Guillaume (Christian Charrière) and the put-upon, unglamorous Suzanne (Catherine Sée), who seems lost and beset by cripplingly low self-worth. The characters are tough to like – or even to spend time with – but Rohmer knows exactly what he’s doing, as he drags us towards a brilliant and completely unexpected climax radiating a peculiar warmth and empathy. A very unusual and interesting movie. (3.5) 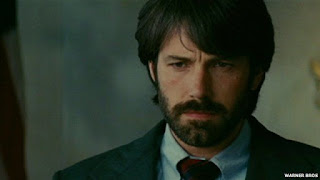 Argo (Ben Affleck, 2012) - '70s-style thriller meets against-the-clock blockbuster in Affleck's Oscar-winning movie, which is best when cranking up the tension unbearably or playing it agreeably scuzzy, less appealing when it gets an attack of the smugs (all that "Argo fuck yourself" stuff is too smirkily Oceans 11-like for my taste, complete with cartoonish performances from John Goodman and Alan Arkin). Ben Affleck is a CIA operative (in the film, not in real life) who attempts to get six American diplomats out of Iran under the guise of a phony film entitled 'Argo'. There's a touch of Dog Day Afternoon about its short time-frame and docu-realism, more of an attempt to place international events in context than you usually get from Hollywood (though protesting Iranians are still portrayed as the 'other') and a really good supporting performance from Bryan Cranston as Affleck's boss, whose reaction to the fate of the mission is beautifully judged. Imperfect but impressive. (3) 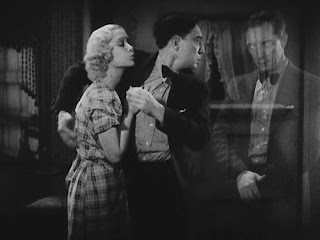 SHORT: Hayseed Romance (Charles Lamont, 1935) - A funny Buster short from his fallow mid-'30s period, as his hapless handyman gets a job at a farmhouse and comes close to destroying the place. It opens with a tired gag stolen from his 1922 film, My Wife's Relations, but quickly picks up, with more than enough laughs and even some unexpected ingenuity, courtesy of that double-exposure trick he introduced so memorably in Sherlock, Jr (and which here brings his conscience into the picture). It's all fairly minor, but the star's timing is exquisite, whether trying - and failing - to wash dishes, mend a leaky roof or escape from the house via an upstairs window. Well above-par for one of his Educational vehicles. (3) 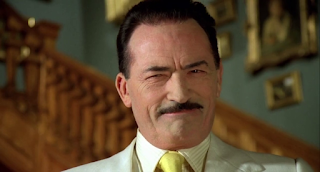 A Nazi smile, if ever I saw one.

The Boys from Brazil (Franklin J. Schaffner, 1978) - Completely stupid movie about Nazi eugenicist Josef Mengele (Gregory Peck) trying to breed a new master race, to the understandable alarm of Ezra Lieberman (Laurence Olivier), a high-pitched, shambling and brilliant ‘Nazi hunter’ patterned after Simon Wiesenthal. It’s complete trash, but there are some very effective moments – especially involving the kids – and Olivier is absolutely excellent in a performance that seems at first to be alarmingly wide of the mark. The stunt casting of Peck works neatly too, though sadly James Mason is given almost nothing to do as his aristocratic confederate. (2.5) 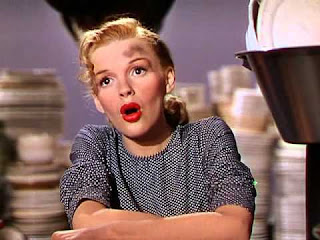 Till the Clouds Roll By (Richard Whorf, 1946) - Sometimes you just have to go with the consensus: bad story, good songs. This is a middling musical from MGM about the life of Showboat and Swing Time composer, Jerome Kern, who told the writers that his life had frankly been too boring to adapt into a film, at which time they came up with a largely fictional narrative surely even more tedious than the real thing.

The script is just completely idiotic: a series of individually effective clichés stitched together to form a risible whole in which none of the characters’ actions making any sense. The second half concerns Kern’s entirely uninteresting (fatherly) relationship with his mentor’s daughter, Lucille Bremer – a regular in these musicals primarily because she was having sex with powerful producer Arthur Freed.

The composer’s played, incidentally, by Robert Walker, a reasonable, greatly troubled actor best remembered as Strangers on a Train’s Bruno, where Hitchcock used his essential callowness so chillingly (he is also very good opposite his then-wife, Jennifer Jones, in the Home Front masterpiece, Since You Went Away); here he’s adequate, doing what he can with such poor material. And it is poor: you know you’re in trouble when the amazing Van Heflin can’t make something look good.

There are quite a few good numbers, including a couple of appearances from June Allyson – who stole the studio’s next big composer biopic, Words and Music – a goofy I Won’t Dance featuring Bremer and Van Johnson, and a snippet of pre-fame Cyd Charisse dancing with Gower Champion to Smoke Gets in Your Eyes, but the film is dominated by three others.

The latter is so synonymous with black performers (and particularly Paul Robeson) that this version almost feels like cultural appropriation, but it’s long been one of my favourite things in movies: a breathtaking vocalisation by a complete arsehole at the peak of his unbelievable powers; I could write a thousand words about his breathing technique alone.

So yes, the consensus is right: not a great movie, but a movie with great things in it, and as such a fair tribute to a fine songwriter, even if it’s missing both his best song – The Way You Look Tonight – and the best Kern story, which is when he got stuck in a big glass jar outside Myrna Loy’s house, completely naked. (2.5) 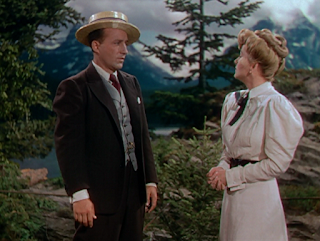 The film is approximately this good.

The Emperor Waltz (Billy Wilder, 1948) - Chronically unfunny Wilder film, with a brash, irritating Bing Crosby going to Austria to sell gramophones and falling in love with a horrible, stuck-up countess (Joan Fontaine). It's ugly, dislikeable and boring, with banal dialogue and dreadful songs. Every plot development is to do with dogs. (1) 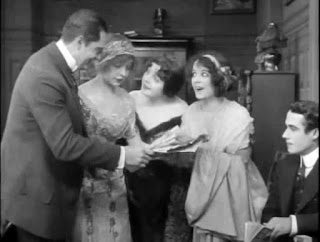 SHORT: The Burglar’s Dilemma (D. W. Griffith, 1912) - I can’t believe that this film only lasts 15 minutes, as I could have sworn that Robert Harron spent literally two hours shaking his head at the police while they took it in turns to shout at him. There are some real gems in director D. W. Griffith’s earliest work – particularly the gangster blueprint, Musketeers of Pig Alley, released just six weeks before – but this isn’t one of them. Henry B. Walthall (the Little Colonel in Griffith’s notorious Birth of a Nation) is a feckless, drunken lout who thinks he’s killed his brother (Lionel Barrymore) and pins the crime on a cowardly crook (Harron) terrorised by his underworld boss (Harry Carey). Despite the presence of those big names, it’s totally drab and uninteresting, with Griffith at his most pious, patronising and long-winded. It’s interesting to see Barrymore and Lillian Gish on screen together, though (she turns up to wish him a happy birthday, which is what sets Walthall off drinking), 34 years before they played husband and wife in the post-war box-office sensation, Duel in the Sun. (1)

Thanks for reading.
Posted by Rick Burin at 12:48